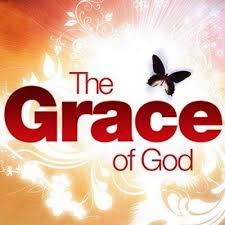 Walls were destroyed. The people lived in exile for many years and had returned to ruins. The newly rebuilt, finally finished Temple stood unprotected and vulnerable. Morale was at an all-time low. The news that came to Nehemiah was more than he could hide. Serving in the citadel of Shushan he efficiently performed the function of a cupbearer to the Persian King. It was impossible to put on the pretense that all was well in the audience of his master, King Artaxerxes. When asked the reason his cheerless countenance, he unburdened his heart and bared his passion to rebuild the walls of protect ion around his beloved city, Jerusalem.

Miraculously, the King volunteered men, money, and materials to initiate the action. Now under royal appointment, Nehemiah rejoiced and planned the project.

Imagine a Persian king being willing to give finance and materials to rebuild walls for his subject’s sacred city. This was an act of grace. It is no wonder that in the book of Nehemiah names of men gave recognition to the grace of God. Occasioned by bondage and surrounded by oppression, the faithful named their children: Hanun, Hanani, Hanan, and Hananiah. These men grew to maturity and lived up to their names. Each name reflects the character of grace, and grace built the walls.

Hanun means “Gracious.” One man by this name coordinated the efforts of the people of Zanoah to repair the refuse gate in the wall of Jerusalem (Nehemiah 3:13). It takes a lot of grace to repair the dung gate!

Another of the same name assisted in the repair of the wall of Jerusalem on the east side (Nehemiah 3:30). Grace precedes the building of the walls and then dirties his hands with the work of construction.

Hanani also means “Gracious.” Nehemiah’s brother was named Hanani and he was appointed governor of .lerusalem and given charge of the city gates when Nehemiah returned to the Persian palace (Nehemiah 7:2). Ile was the one who originally reported the condition of the walls of Jerusalem to Nehemiah in Shushan (Nehemiah
1.2).

Grace cares about the condition of the fallen and cries for restoration. While others grew callous to the condition, grace shared the sad story and sought a solution. After the walls were restored, grace guarded the gates.

Another with the name of Hanani, a priest, was the chief musician under Nehemiah (Nehemiah 12:36). He was charged with leading worship and giving thanks in the dedication of the walls after their completion (Nehemiah 12:27-43).

It was “all hands on deck” as the construction culminated in a grand celebration. Grace participated in the purging of sanctification, then thanksgiving and dedication. Grace leads the worship that brings hearts together and encourages those in the labor of love.
Hananiah was another one of the priests who played the trumpet at the dedication of the walls (Nehemiah 12:41).

Musicians help to build the walls. Our worship and our celebrations reflect the uniqueness of our relationship with God. Our songs and liturgy reinforce our commitment and our distinctions. Music ministers must be men and women of grace with the same vision and passion as the preacher in the pulpit. All are on the same team with the goal of establishing walls of protection from spiritual adversaries. Musicians must minister with grace.

Hanan means “He is merciful.” One by this name was of the tribe of Levi and assisted Ezra in explaining the law to the people (Nehemiah 8:7). Grace reveals the purpose of God and it makes his plan plain.

It appears that three or four men named for Grace were heads of family groups of the people who sealed the covenant with Nehemiah (Hanan in Nehemiah 10:10, 22, 26 and Hananiah in verse 23). This group comprised “those who had separated themselves from the peoples of the lands to the Law of God, … everyone who had knowledge and understanding” (Nehemiah 10:28). They pledged that they would not give their daughters to men of other tribes outside of Israel, that they would observe the Sabbath, and that they would support the Temple. They dedicated their firstborn, their tithes and offerings to the service of the Lord.

Grace led the way to confirm and renew the ancient covenant delivered on Sinai. They purposed to observe and do all the commandments and ordinances of the Lord. It is interesting that men and women of grace supported the Law of God delivered through the Mosaic Covenant. Even then, it was being established and now must be understood that grace is not an enemy to principle, and mercy is not an adversary of covenant. Grace still builds walls and celebrates separation in support of God’s requirements.

Another Hanan was the son of Zaccur, grandson of Mattaniah, whom Nehemiah made one of the storekeepers of the provisions collected as tithes. Nehemiah based the criteria for selection on the fact that “they were considered faithful” (Nehemiah 13:13). Their assigned task was to distribute the tithe among the brethren.

Hananiah means “Yahweh is Gracious” (or “favored of Yahweh”) and the moniker was given to men to remind others of that particular characteristic of God. One of the priests who made sacred ointments and incense for the Temple was named Hananiah. He also helped to build a portion of the wall of Jerusalem Hananiah, the son of Shelemiah, repaired another section of the wall (Nehemiah 3:30).

Whether we serve in the Temple or labor in the construction, all are vital to the success of the project. Grace brings us all together and grace works through us in every occupation, if we will allow it. The project is greater than the parts; the sum is grander than the segments. Together the wall can be constructed and in unity the separation can be consecrated.

Another Hananiah was made ruler of the citadel of Jerusalem under Nehemiah. It was noted, “he was a faithful man and feared God more than many (Nehemiah 7:2). He, along with Hanani, Nehemiah’s brother, was entrusted with the administration of guarding the gates of Jerusalem.

In the ancient world, walls were their only protection from the enemy. As long as there were no walls, nothing of value could be obtained or retained. Marauding mobs of mercenaries would rob and reap any acquisition of worth. Walls could stop free access by the antagonist. Walls would restrict the devourer.

Walls are boundaries. It is a definitive line of demarcation. Without a doubt, you know when you are inside and when you are out. And grace draws the line.

Walls are sometimes criticized as barriers to freedom, as an unnecessary restriction. The critics oppose the construction of any barrier to free access from the secular to the sacred, from the profane to the pure. Walls are the enemies — but only to those who are like Sanballat and Tobiah.6 The very existence of Sanballat and Tobiah and their antagonism against the construction of the walls proved the fallacy of their philosophy. Absence of walls permitted their pernicious preying on the people of this unprotected city.

“Wait,” someone shrieks, “this book is about grace! What is all the talk about boundaries, restrictions and limits?” I’m convinced you can’t talk about grace without recognizing the realm of requirements. True grace calls for separation. If the wall of grace’s instruction separates you from Him — you are on the wrong side of the wall.

Today’s Tobiah tells us it’s legalism, bondage and extremism when any guidance is offered on the way of grace. Some Sanballat says, “It’s ‘umbrella grace,’ you know, it covers all. Live and let live. Just believe. Grab grace and get down!”

Nehemiah refused to be distracted from his objective of building the walls of Jerusalem. He would not quit nor compromise the construction. When the adversary mocked the integrity of the new walls, Nehemiah continued to build. When they requested a meeting in the valley of Ono, Nehemiah refused to negotiate or neglect the project. When they threatened attack, Nehemiah armed the workers and provided them with a trumpet to sound the alarm should the enemy appear.

Grace, true grace, understands the value of separation. There can be no compromise with sin. Grace calls you out, cleanses you, and gives you the ability to maintain your commitments of consecration. Grace builds the wall of separation in the face of mockery. Who cares about criticism when you understand the value of the commitment?
Grace knows there are some things that are non-negotiable in the Kingdom of God. So, when the adversary invites you to the table of temptation, the summit of subterfuge, there is no RSVP! You are a “no-show” in the valley of-Ono!

Grace will give you the weapon to withstand the threats of the adversary. Grace will sound the alarm in the face of attack. As Jesus sent out his disciples he assured them of their purpose and promised, “Behold, I give you the authority … over all the power of the enemy, and nothing shall by any means hurt you” (Luke 10:19).

Because of the single-minded purpose of Nehemiah and those who assisted in the construction, the daunting project that had seemed so impossible before was completed in a miraculous fifty-two days! When grace works with you, there is nothing impossible!

Nehemiah remained in Jerusalem as a governor for twelve years. In the thirty-second year of Artaxerxes’ reign, Nehemiah returned to his post in Shushan. It is not clear how long he was away from Jerusalem, but when he returned he discovered that the high priest Eliashib had prepared a room for their adversary Tobiah in the house of God!

Note the irony of this. The walls were to keep the enemy out, but the high priest had made a place for Tobiah the Ammonite inside the Temple! He had formed an alliance with Tobiah (Nehemiah 13:4). After all the opposition suffered from Sanballat and Tobiah and now one is granted living quarters within the room that was to be reserved for the offerings for the priests and the tithes. Not only that, but the priest’s grandson married the daughter of Sanballat (Nehemiah 13:28).

With all our efforts to identify the line between the church and the world, too many times we find that provision was made for the flesh; a place was made for the world in the heart. A room reserved for God became a stronghold of opposition, occupied by the adversary.

It was in the sanctified Temple, after the dedication of the walls, and still a place was made for Tobiah. Never let it be so in the heart. You can have all the trappings of external sanctification, the standards of the church, the fellowship of the saved and the experience of the baptism of the Holy Spirit, but if you allow the adversary to take up lodging in the heart, you have defeated the purpose of what has been accomplished. Build the walls, sanctify the Spirit and guard your heart. Grace will provide you the separation needed to maintain your dedication to God.
The above article, “The Wall That Grace Built” is written by Terry R. Baughman. The article was excerpted from the 12th chapter of Baughman’s book “Grace is a Pentecostal Message”.

1 thought on “The Wall That Grace Built”