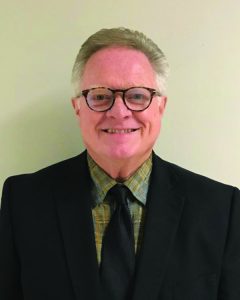 Without a doubt, the kingdom of God is richer and fuller today because of the ministry of Rev. Paul D. and Micki Mooney. Throughout their lifetime, they have served with excellence in their local churches, as well as holding positions on district and national levels of the United Pentecostal Church International. They have effectively ministered at home and around the world in a way that causes all who meet them to view them as personal friends. This is due in part to their unique ability to move seamlessly through any room. Whether it be in your house, the White House, or God’s house they communicate the compassion and love of Jesus Christ; never compromising the values of truth, holiness, and righteousness.

“Somebody Say YES!” is more than just a phrase one hears during a Paul Mooney sermon. It is a mantra, a way of life, and an attitude about following the call and will of God. Another familiar quote to young and old alike is “Don’t try to plan your life! You will under-plan it!! Just follow after the Holy Spirit as He leads you.” “Every time God places an opportunity in front of you, just say YES!” is the bold philosophy that has caused, not only his ministry, but the ministries of Calvary Tabernacle to surge forward during his Pastorate in the last thirty-two years.

Pastor Mooney was approached with the idea of accepting the charter for Indiana Bible College just a couple of months after he became Pastor at Calvary. The church jumped on board with this, seemingly crazy idea, of starting a Bible College. After a short period of time, the old University Heights Hospital was found as a possible campus. This was presented and accepted by the church and one week after “Saying YES!” …the wonderful people of Calvary, believing in this bold proposal, gathered up just over eight hundred thousand dollars to purchase the future home of IBC. A dozen years later, it was apparent that Calvary Tabernacle was becoming landlocked and needed room to grow. Calvary Christian School was in desperate need of a new facility as well. Pastor Mooney led the congregation into a visionary twenty-five-year plan that would relocate the ministries of the church and school to a new location in the second most traveled piece of property in Marion County. In the fall of 2007, Calvary Christian School and the Calvary Family Life Center opened its doors. It is a state-of-the-art facility that is considered by many to be one of the most beautiful buildings on the southside of Indianapolis. “Somebody say YES!”

The Mooneys are both gifted with a great sense of life in a way that slips by most of us. They take circumstances, situations, and events and mold them into sermons and life-lessons that can never be forgotten. They live, lead, counsel, teach and preach for the glory of God and to the “perfecting of the saints, for the work of the ministry, for the edifying of the body of Christ.” For thirty-two years we have been truly blessed and honored to have Rev. Paul D. and Micki Mooney absolutely fill the office of our Pastor. We love you both and are forever indebted for your service to Calvary Tabernacle, Calvary Christian School, and Indiana Bible College.