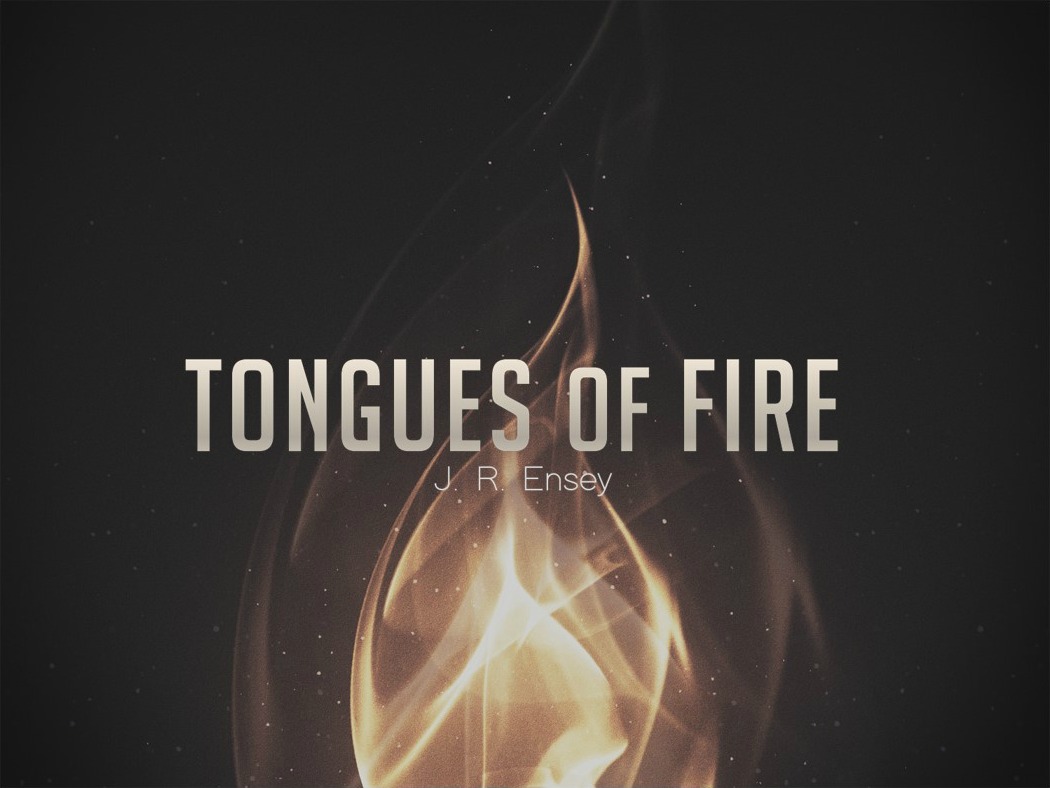 Were there actually tongues of fire “sitting on the heads” of the 120 on the Day of Pentecost (Acts 2)? A casu­al reading of the account would possibly leave one with such on opinion, but careful consideration will reveal enough evidence to substantiate the view that there were no actual “tongues of fire” on the heads of the one hun­dred and twenty.

Before we consider the evidence, perhaps I should point out the significance of the question. If it is unimpor­tant, dismiss it. But, if it is relevant to the apostolic mes­sage, by all means, give it careful consideration. How im­portant is it?

We preach a positive new birth -message. Strangely enough, a majority of the religious world claims to do the same! Of course, the division comes in defining the new birth. While we contend that one must receive the same experience those of the early church received, others claim .one can be born again in a different manner—some, without water baptism, others, without speaking in tongues, etc., etc. But we insist that it isn’t possible to be born again in a manner different from that experience of the Christians in the New Testament accounts. That is, we know that it must be according to the New Testament pattern! And, here is the point.

If there were “tongues of fire” sitting on the heads of each of them on the Day of Pentecost, we must admit we didn’t receive the some experience they did! And, if we have the privilege of receiving the Holy Ghost in a manner different to that of the original church, others can get it differently as well! In fact, if this were true, all would not have to have the same experience that we have received, that of speaking with other tongues.

In other words, if you were to insist that there were actual “tongues of fire,” visible to the eye, sitting on each one’s head, you must admit you didn’t receive the Holy Ghost as they did at the beginning! And, if you can be saved with a different or lesser experience than the early

Christians had, others can also get a different or a lesser experience than you and be saved. Consistency of thought demands no less!

In view of this, I don’t think it rash or reckless to sug­gest that this is a very significant point to Bible-believing Apostolics. In fact, it appears to me that it would be a rash and reckless act to ignore such a significant point.

What does the Bible say? Does it say “tongues of fire?” No, it doesn’t. Notice what it does say: “And there ap­peared unto them cloven tongues like as of fire, and it sat upon each of them” (Acts 2:3).

You have seen people receive the gift of the Holy Ghost. How would you describe it? What better way would there be to describe such an experience, as to the appearance, than to say, “The tongues appeared to be split and flickered like fire!” As accurately as possible, these figures of speech describe vividly the sight of people receiving the gift of the Holy Ghost. We’ve heard it said, “His tongue began to dance about,” which is another way of describing the appearance of one’s tongue as he begins to speak in other tongues. Like the tip of a flame of fire, they appear to “flicker.” As another expressed it, “It ap­peared as though it [the tongue] were loose on both ends,” or as Luke described it—”cloven.” He was simply describing the same sight we have all witnessed in Holy Ghost baptisms!

Of this experience, the King James Version states, “tongues like as of fire.” This descriptive phrase is accu­rately translated. The Diaglott, which offers a Greek-English transliteration, puts it “tongues like fire.” If we attempt to make this verse say “tongues of fire,” we not only weaken out own position, we are in danger of literalizing that which is plainly a figure of speech. It is much as if we were to conclude that Jesus is a wool-bearing animal be­cause John said, in reference to Him, “Behold the lamb of God.” But, we understand figurative speech and its pur­pose in the Scriptures.

The onlookers “were confounded…,” not because they saw “tongues of fire,” but “because that every man heard them speak in his own language” (Acts 2:6). At this, ‘they were all amazed!” Does it not seem reasonable that something would have been said about it if there had been “tongues of fire” sitting on the heads of the 120? Luke recorded the reactions of the curious multitude in minute detail, and not one word was said by the onlook­ers regarding such a sight. Surely actual, visible “tongues of fire” would have elicited at least some comment from them. But, what amazed them was that the Galileans were speaking in their own tongues!

These observant Jews even concluded from the sight that the 120 were drunk “full of new wine!” Peter even defended their actions with, “These are not drunken as ye suppose….” Obviously, one of the most outstanding sights was the mannerisms of the disciples, that is, they appeared to the on-lookers as though they were drunk. If there had been “tongues of fire” sitting on their heads, don’t you believe this interested group would have been paying more attention to such a phenomenal sight than to that of the actions and mannerisms of the group? Or, at least as much? Furthermore, Peter did not refer to “tongues of fire” in his effort to explain the events of the day.

(Acts 10:46). Therefore, Peter could relate to the other apostles, “the Holy Ghost fell on them, as on us at the be­ginning.” The same sign, the same experience—they spoke with tongues! There were no actual “tongues of fire” sitting on the heads of the 120 “at the beginning.”

No thinking person would believe that you could “hatch out” a litter of puppies from a “setting of hen eggs.” The laws of reproduction make this an impossibili­ty. The way the first baby was born to natural parents in the beginning will be the way the last baby born into the world will be birthed. In the some sense, each one who is “born-again” will follow the pattern of the new birth as it happened at Pentecost. If you are “born-again” you had the same experience as those at the beginning; if you didn’t have that experience, you are not truly “born-again.”

The above article, “Tongues of Fire” was written by J.R. Ensey. The article was excerpted from Ensey’s Book The Best of E.L. Holley.