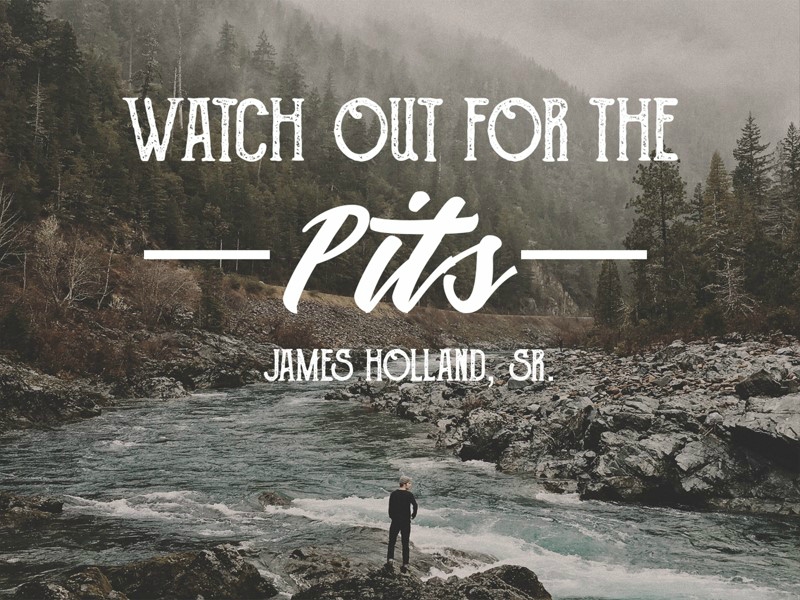 As leaders, it seems like we find ourselves trying to navigate through a war zone of situations, temptations, and decisions that demand the right choice for us to continue in our quest for the propagation of the growth of God’s kingdom. At times it can be overwhelming to us.

At face value, this seems simple enough to do. Yet in reality it can become a great struggle for us. Jesus gave 1,050 commandments in the New Testament that we need to adhere to and obey. These were not suggestions, or requests, but commandments that the only savior of all humanity gave for us to obey. So it goes without saying, we need to take God’s word seriously. This is the only way we are pleasing in God’s sight.

Consider the following attitudes from people in the Bible that either were leaders or wanted to be leaders:

Achan did what God specifically told the people not to do. God had made it very clear that all the gold, silver, and iron and every living thing in Jericho was to be killed and destroyed by fire because it was accursed. Of course, Achan did not obey the command of God. What would cause someone who understood the rules of engagement, who knew beyond any doubt that God was real, someone who was basically a good person, disobey the direct command of God?

One word – SELFISHNESS! Achan was selfish. His flaw was selfishness by his on admission. He said, I saw, I coveted, I took, and I put it in my tent! His selfishness brought great devastation; not only on him but on his family as well. It also affected the entire nation of Israel. As leaders, our attitudes and actions affect everyone around us. When you are in any level of leadership, you cannot be selfish or you will self-destruct and probably destroy a lot of other people in the process as well.

Achan was like a lot of people today who are stuck in chapter seven of Romans where the words me, my, and myself are repeated 52 times in just 26 verses. We need to remember that the work of God is bigger than me. People who are in this state of mind need to pray through to a Romans chapter 8 experience. Here Paul is talking about what God has done in his life and the lives of all who are born again. The revelation of God and who He is is mentioned 57 times in just 39 verses. There are only two first-person pronouns in the entire chapter. Paul is putting the “I” out and putting “God” in and this always produces the right attitude. Romans chapter seven is the carnal chapter; Romans eight is the spiritual, or victory, chapter. Which chapter are you in?

Achan had a “my ministry” syndrome. Any time this happens, you will be deceived into thinking that the rules really don’t apply to you. Achan wasn’t any weaker than anyone else, his attitude was wrong. He had no real concern for others. He was in an “Attitude Pit.”

This Achan syndrome always makes people feel like they are exempt from the divine directions that are given from the Word of God. They think they have special privileges to enjoy the things God has forbidden. When people think like this, it is just a matter of time before self-destruction occurs. They lead and minister from their own desires regardless of what God says about the matter. In the end, this attitude caused Achan to lose everything he had. We must be obedient to the Word of God. This is why repentance needs to be a very important part of our prayer life and growth process.

What was the problem with Judas? We see quickly that Achan and Judas wanted everything their way. What he needed to be recognized and rewarded for everything he did. The Judas attitude of thinking allows a sense of justification. “I am going to get them back!” It justifies, in a person’s mind, that it is okay to betray a brother or sister. Judas went through several steps in his downward descent.

Steps one: Judas tried to convince Jesus that he had a greater commitment and had been serving and doing more than anyone else. Remember, he was upset about the sacrifice offering that was given and poured upon Jesus. The Judas spirit says, “I know better how to do the work of the kingdom- even better than God.” Judas wants to run the show. He simply wants God to be one of his advisors.

Step two: Judas believed he had given much more than anyone else while getting so little in return. If you are in leadership just for the recognition or reward, then the truth is that there can never be enough recognition or reward to satisfy your Judas mindset. Pray through!

Step three: Pride steps in and self-importance takes precedence over everything else. The root problem that is keeping many leaders as well as many churches from spiritual maturity is the pride of our flesh!

Many of the things that we battle as leaders and as believers are not demonic attacks on us, but rather our own carnal, stubborn and self-willed spirit that will not humble itself. There are people who will not apologize, will not admit weaknesses in themselves, and will not make things right because they are simply not willing to bring their pride under subjection to God’s Word! We better understand that even as leaders our human pride will cause us to be disobedient to the Word of God if not kept in check.

The will of God will not necessarily bring you to your destiny! You have to connect with God in order to actually arrive at the proper destination. God is not willing that any should perish – yet some will. Jesus said, “Lift up your eyes on the harvest.” No one can do this for you! No one can see the harvest for you.

If we will rise up against the authority of God in our personal lives, then it is nothing to rise against the authority that is set in the church. Pride, when it is exalted, always brings devastation. Pride will tell you that you are justified in holding that grudge. Pride will tell you when the team leader or the pastor says all leaders need to attend the “called” prayer meeting or workshop or planning session that he really isn’t talking to you! Certainly he knows that you are okay! Pride will cause you to be offended when you don’t get the recognition you think you deserve. Pride will cause you to live hurt, wounded, and offended. Just ask Judas about it!

“Every way of a man is right in his own eyes, but the Lord pondereth the hearts of men.”

Heart, in the scriptural setting, is implying that God has checked out our spirits and knows our true motives and attitudes.

Here we see two of the disciples masking their pride by getting their mother to ask the Lord if they may sit with Him on either side as He ruled and reigned. You know this attitude. Today, it would go something like this: There are those who, if asked or had the opportunity, would gladly just step over everyone else and just be the greatest thing that has ever happened to the Kingdom of God. Even God is overwhelmed at their great abilities and strengths! These kinds of people never have names, they are known as “they, them, certain ones.” They always solicit someone else to do the talking for them. They normally also have much more zeal than they have wisdom. John and James could only see the glory and prestige their position would bring to them. They had no clue as to the cost and responsibility that went with this high position.

Zeal without wisdom is dangerous. Unfortunately, some people think that their calling in life is to torment everyone else. These kinds of people take truth and use is it as a tool to destroy everyone who doesn’t measure up to “their level.” Yet, truth is to be used to set the captive free, whether the captives are in the church or out of the church. We need leaders who know how to lead into deliverance. As leaders, we must strive to keep our will and attitudes under submission, making sure that it is conducive to what God wants in our lives.

Check your attitude often and you will stay out of the pits. Ask yourself the following questions. By the way, be honest!

Always ask God to let you see the potential. There is potential everywhere!

Rules Without Relationship Lead to Rebellion

In order to be the best you can be, you must be aware of these Attitude Pitfalls that can sabotage the best-laid plan to mentor and disciple people.

The above article, “Watch Out For The Pits” was written by James Holland, Sr. The article was excerpted from chapter 5 in Holland’s book, Developing the Ministry Within You.

1 thought on “Watch Out For The Pits (Entire Article)”