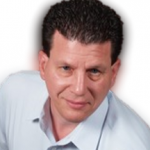 An exhausted young woman locks the office door and heads across the street to the parking lot where her Honda Civic is parked. The sun has already slipped over the horizon and the streets are relatively empty so she wastes no time. As she pulls out onto the street she notices a dilapidated pick-up truck that had been sitting in the alleyway turn on its lights and pull in behind her. After travelling the side streets she merges onto the interstate and is a bit concerned that the pick-up is still close behind. When altering her speed doesn’t seem to shake her unwelcome tail, she exits the interstate.

If you were this woman’s father or brother, what would you advise her to do? Should she stop and talk with the driver of the pick-up? Should she park on her street and walk, alone, to her empty apartment? Of course not, we all know better than that. You would probably advise her to go to a well-lighted service station or store. Or maybe she could go to the police station or call a friend… anything but make herself more vulnerable than she already is.

This scenario is not unlike the ones so common in movies and novels where the bad guy walks up to someone on a busy street or in the mall, jabs a gun against the victim’s ribcage and says, “Walk very slowly to the exit.” Haven’t you wondered why the victims comply? Why would they go to the almost empty parking garage or get into a van? Why would they risk being taken to an old mill where they can be tied up and abused? Why not stop in the crowd and say, “Go ahead, shoot me right here where there are fifty witnesses and security cameras!”? I would take my chances in the crowd rather than follow them somewhere where I would have absolutely no protection. Hollywood uses this story line, because they make their own reality and it is the easiest way to move the story along, but you and I know better than that.

Yet, so many times when people are accosted by fears and thoughts that torment them, they let those thoughts and feelings corral them off into the dark. They hole up in their apartment. They go off by themselves to argue with the predator. Perhaps they do this because they just don’t stop to think it through. Maybe they have never found a safe place. Maybe they have no one they can trust to help them. But if we thought it through at all we would realize that we know better than that.

If you are dealing with feelings of doubt, fear or depression, find a safe place. Find a group of people who have healthy lives and who believe in a God who is “a very present help in time of need.”(Psalm 46:1) I am surprised at how many people who are hurting or confused actually make the worst decision and stop praying or going to church. That would be like driving past the police station to a quiet, back road, getting out of the car and seeing what the predator wants. They may feel like being alone is the answer, but it is actually exactly what their enemy wants.

Think about it. It may be that your depression, fear or loneliness will stop tailing you if you simply start talking to God or spending time with other believers. Find a local prayer group. Attend church. Start a daily prayer routine. Let His Word be a floodlight in to your situation. But, whatever you do, don’t take your predator down a deserted road to a lonely place and try to solve the situation by asking them what they want you to do or where they want to take you.

Whenever I am overwhelmed by heaviness or doubts, I find a safe place with God or His people. It has saved my life more times than I could count. Try it once and see if God doesn’t set you free from your pursuers. Then the next time you are being chased, you’ll remember that — you know better than that.