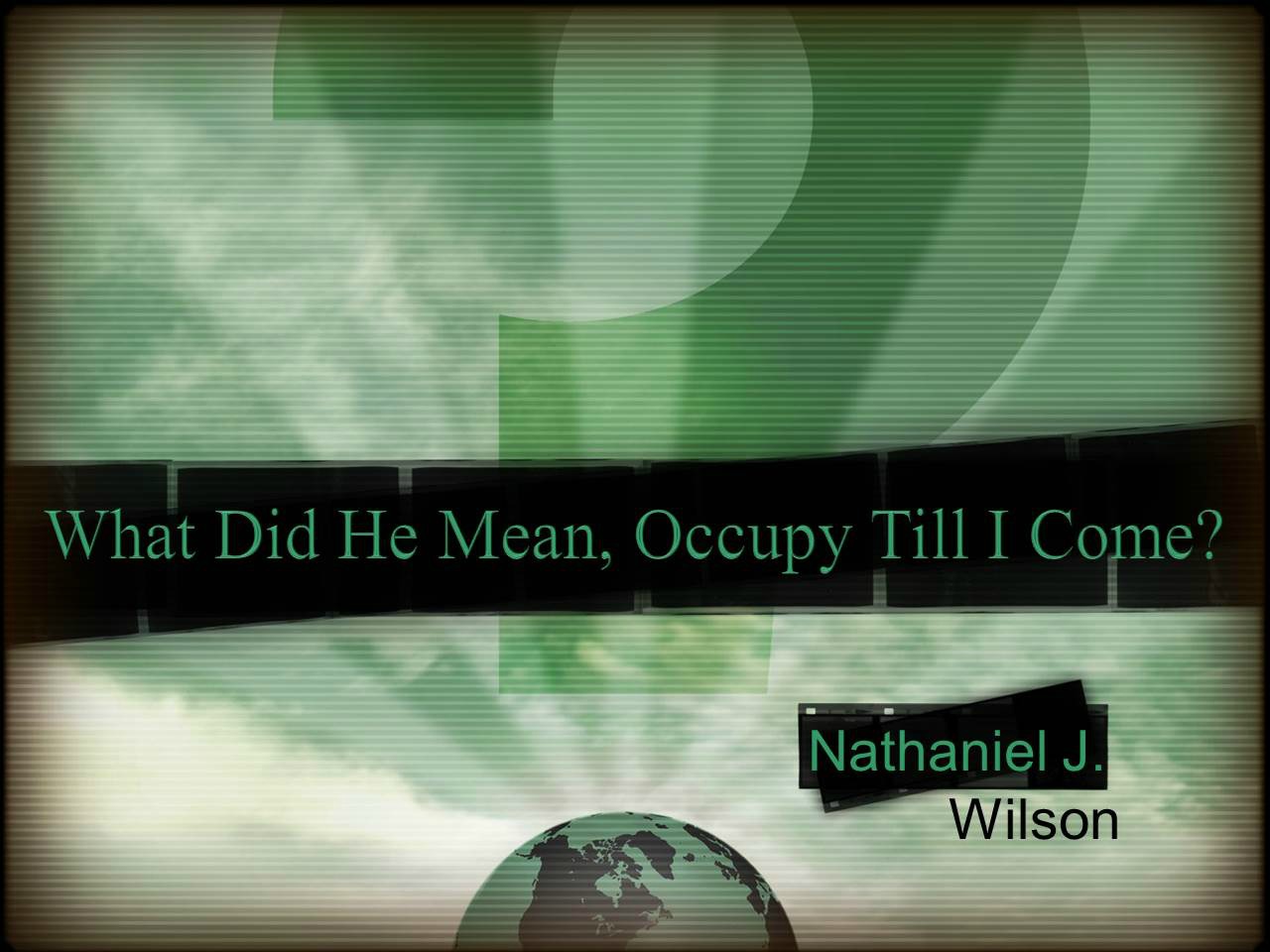 Verse 15, gives us the picture of Jesus returning, just as He promised that He would. We notice that while He is gone, He has received the Kingdom which He had gone to obtain and when He comes back, the first recorded action is His command that those servants to whom He had given money be called unto Him that He might know how much every man had “gained by trading.”

“And he called his ten servants, and delivered them ten pounds, and said unto them, occupy till I come.” Luke 19:13

Once it is clearly established in the mind of the apostolic preacher that he is called of God, and he has a clear understanding of what his purpose in life is and once he understands that it is a position of sober responsibility, then he must recognize that with responsibility God always gives authority. It is at this point that it is very important that the man of God understand what is expected of him as far as “bearing fruit” in his ministry is concerned.

Does God expect everybody that preaches to be successful in whatever his ministry is? Am I not successful if I simply defend the faith and maintain my walk with the Lord? What is the minimum requirement that God makes of me?

The title of this chapter is a general all-inclusive statement, made by our Lord, which gives us instruction as to what the man of God is expected to do while Jesus Christ is not here in person. This saying, “Occupy until I come,” is found in a parable in the 19th chapter of Luke, verses 11 through 27. If you are not will acquainted with the parable, it will be very helpful to you to stop here and read it carefully before going on.

Verse 11 gives us the purpose for the parable. Apparently the apostles and other disciples felt that Jesus Christ was going to set up His kingdom at this time as He went close to the city of Jerusalem. Verse eleven tells us that they thought that the kingdom of God would immediately appear. They believed that Christ was going to literally and actually set up His millennial kingdom, or physical rule on earth, right at this very time in His ministry. Obviously, this was a mistaken concept. They did not understand what he was doing or His immediate purposes, nor did they understand fully His plan of the ages. Christ knew that they were confused as to what God was doing next, and consequently, He gave them this parable to clarify God’s actions in their minds.

By use of the parable, He explains to them that He is going away and that while He is gone, He has called His servants and delivered them authority to take care of that business of His which remains on earth. It is at this point that He says, “Occupy until I come.” It is obvious that this is a very important statement of the purposes of God’s Church on earth while He is gone to Heaven, for He reiterates the theme of this parable in numerous other parables in His teachings.

In verse 12, He identifies Himself as being the nobleman or landowner who goes to a far country to receive for Himself a kingdom and informs them that He will return. In verse 13, He calls His servants to Him and delivers to them the authority and equipment necessary to care for His kingdom until He comes. Again, we note that He uses the phrase to describe this action as “Occupy until I come.” In verse 14, He informs us that He considers the whole world as belonging to Him—that all “citizens ” belong to Him. But He also points out to us that while He is gone, “His citizens hated Him” and sent a message after Him saying, “We will not have this man to rule over us.” In other words, He lets us know that everyone will not receive the message of truth, that there will be those who will rebel against the purpose of God during this present age in which we live.