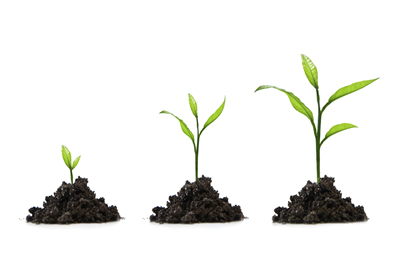 Recently I read an article by Greg Laurie titled “Four Dangerous Church Growth Myths.” Laurie is the senior pastor of Harvest Christian Fellowship in Riverside, California, a church of some 15,000 people. Although the church is large in number, Laurie cautions against growing churches. That is, focusing on numerical growth and following after church growth methods and practices that are not biblically sound.

I am against growing churches when it involves a willingness to do anything to increase the number of attendees.

Justifying the means for the end result can prove harmful to the church body. Laurie states, “What makes a church body grow big doesn’t necessarily make it grow healthy.” He also suggests that if it is not pleasing to God, then it does not matter if it draws a crowd. The end does not justify the means. The early church grew because it was centered on worship, prayer, evangelism, learning, and loving not because it made their business bigger and better.

I am against growing churches when it consists mainly of transfers rather than conversions.

Sadly, this happens too often. Some church leaders, as well as church members, work diligently on getting saints from other churches to come to their church. According to Ken Sidey in “Church Growth Fine Tunes Its Formulas,” an article appearing in Christianity Today, research shows more than 80 percent of church growth in growing churches is actually from people who have transferred from another church, not conversions. If we truly want to impact our world we cannot focus on growing churches through transfers.

I am against growing churches when it involves watering down the gospel message.

Some, in an attempt to grow churches, are willing to water down the gospel message so the unbeliever will feel comfortable attending church. While we should be wise in dealing with people, we must not be shy in sharing the truth. Laurie states, “If people walk away from our services with a good feeling but no idea who Jesus is, we have really missed the boat.”

I am against growing churches when it is all about feeding the felt needs of people.

Feeding people’s felt needs is about identifying what people want and feeding it to them. Laurie states, “A church with a steady diet of feel-good sermonettes in place of solid teaching from Scripture might eventually grow to become a large congregation” but it will be weak and immature.”

Meeting felt needs produces a church filled with people who have a consumer mentality” one in which the people believe the church exists to take care of their needs. In a recent survey of one thousand church attendees, respondents were asked, “Why does the church exist?” Eighty-nine percent responded, “To take care of my family’s and my spiritual needs.” But there is more to our Christian walk than having our needs met. We are called to serve. Unfortunately, many would rather be served than to serve.

I am against growing churches when the only way to do so is to entertain people.

In 1939, G. Campbell Morgan, in The Gospel According to Mark, sounded a warning against entertaining people. He wrote,

When a technique is necessary to get people to listen to the gospel there will be failure. That is not the method of Christ To build an institute in connection with the church, and provide all kinds of entertainment for the young people, in order that they may come to the Bible classes, is to be foredoomed to failure.

Likewise, Laurie states, “I’m concerned that in a sincere effort to get their churches to grow, some are exchanging entertainment for exhortation and gimmicks for the Gospel.” He continues, “Of course, drama, videos, music and other media used to communicate Christian faith in churches today aren’t compromises by themselves. Yet we must be sure gimmicks don’t take the place of the Gospel.” We must be sure the gospel message” including sin, judgment, and redemption” is clearly heard.

The Ineffectiveness of the Church Growth Movement

The church growth movement began in the 1960s. It has generated methods/models in attempts to grow churches, such as the attractive church model and missional church model. Yet in spite of its efforts, it appears to have fallen short. According to the statistics there has not been an increase in number of attendees in churches across North America, despite the fact that churches have spent billions of dollars on evangelism.

Wagner is correct in saying that something else is needed. We need God. While I am against turning a God-thing into something other than what it should be, I am in favor of the Lord adding daily to the church such as should be saved.

Rev Eugene Wilson is an ordained minister of the UPCI and resides in Katy, Texas.