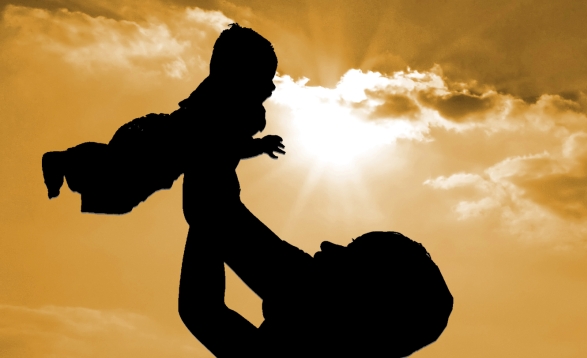 The writer of Genesis meticulously detailed the events of each day of Creation. He described the elements of creation as if he were the artist conceiving a unique masterpiece. With each stroke of ‘the brush’ the artist revealed to us a new discovery about the beauty of God’s imagination for this world. With exquisite detail, he separated the Light from Darkness, and with as much purpose he divided the Land from the Sea (Gen. 1:4,9).

The Artist painted the countryside with spectacular displays of magnificent flowers, lilies, tulips and daisies by the hundreds… no, thousands, all with one purpose, to glorify God’s creation. It was here he also brushed into being the bountiful trees that would bring forth fruits of great pleasure (Gen 1:12). Within this creation story we are told of new inhabitants of the earth, land, ocean and sky (Gen 1:20-21, 24-25). With divine detail the Master conceived a work of art that has yet to be rivaled. For what one might ask? Perhaps the answer lies within Him: He did it simply because he is God.

The magnificence of this stunning “tour de force” revealed much about God and it is difficult not to become captivated by the imagination and the beauty that unfolds. However, in all that has been revealed concerning this creation story, one discovers the true heart of this happening is nestled within the narrative. Genesis 1:26-27 informs us, “And God said, Let us make man in our image, after our likeness… So God created man in his own image, in the image of God created he him; male and female created he them.” God created man. In all that was fashioned within his masterpiece nothing demands attention like that of the creation of man.

Humanity was different: God created man in his own image. The narrative does not mention this fact about any other created entity found in the inventory of the rest of creation. He managed this by forming man “of the dust of the ground” (Gen 2:7). The author exercised great care to present the important details of the narrative. All of God’s creation was spoken into existence except for man. God “… breathed into his nostrils the breath of life; and man became a living soul” (Gen 2:7). This is not the breath of air that all living creation inhales and exhales; it is the spiritual breath of eternity. With this eternal breath of life, man became a living soul, an eternal being; this sets humanity apart from the rest of creation.

God gave humanity dominion over all of his creation (Gen 1:26, 2:19) which speaks of a special authority. God did not share this special status with the rest of his design. The account suggests a unique relationship between God and mankind. The Bible tells us he would commune with them in the cool of the day (Gen 3:8). This suggests an intimate bond between both parties, a relationship. God created humanity for relationship and in the context of that relationship God made a covenant with them. Relationship became communion and communion became covenant. It is an unbelievably awesome moment when a human being realizes, “I am special to God.” Every human is exceptional to Him in light of all creation; thus, the Psalmist penned the Hebrew phrase, “I will praise thee; for I am fearfully and wonderfully made…” (Psalms 139:14)

You are special to God. He does not make mistakes. God purposely created us for a relationship with Him: joy comes with the internalization of that basic principle. The prophet Jeremiah wrote, “For I know the thoughts I think towards you, saith the LORD, thoughts of peace, and not of evil…” (Jer 29:11). You are Wonderfully Made!!!