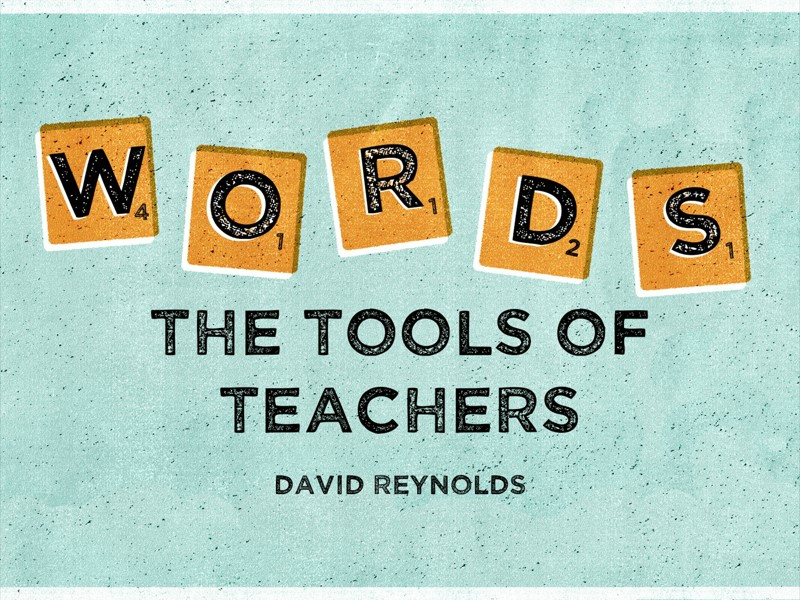 When I taught in New Delhi, India, a teacher from up in the tribal country of Northeast India asked me if I was related to Vincent Reynolds for he had used his lessons when teaching and felt they were so valuable. Dad’s books and Bible lessons will live many years after he is gone. How will they live? In words.

With words Hitler inflamed his people to heights of hate, and with words Churchill kindled fires of hope in a disheart­ened land.

For some time now I have been intrigued by the power and beauty of words. I marvel how words can be combined into a Poem to express not only meaning but also the deepest emotions of the poet. “Pleasant words are as a honeycomb, sweet to the soul and health to the bones” (Proverbs 16:24). “… How sweet thy words to my taste… ” (Psalms 119:103).

“Psychologists have discovered that we think with words. We don’t have the thoughts first and then seek for words to express them. We have to have the words first; then we can think the thoughts” (Bernice Fitz-Gibbons).

I am amazed how a man’s words can transcend his life and speak to generations years after the writer has passed on. Shakespeare and Milton live on in the words they penned. Socrates and Plato live on in their teachings. Using much the same methods used by Jesus, they taught by talking as they walked along with their students. Their message then was frozen in written form. These words influenced their Greek culture and then the Roman world—and even our world today. Mohammed as well as Buddha influenced millions with their words.

I well remember going with my father to the Civic Auditorium in Portland to hear Dr. Martin Luther King speak. There has only been a few times in my life that I have been as stirred as I was that night. Most of the words which Dr. King used were words which I have used—yet there was a difference. The choice of words, the order in which they were used along with the spirit of the man behind them, moved me. I was almost persuaded to join his cause. The words of his famous message, “I Have A Dream,” is just as alive today as it was when he spoke them in the park in Washington, DC. Even though he was shot to death soon after this speech—his words live on.

My father had a wonderful ministry as a preacher, teacher and an author. He was a good preacher and a masterful teacher. I watched and learned from the way he presented his lessons. Students listened and learned when he taught. He used the same words as others but it was his choice of, the organization of, and most of all his personality breathed into those words which brought them to life. “My son, attend to my words… for they are life unto those that find them and health to their flesh” (Proverbs 4:20-22).

I believe that my father’s greatest impact on the King­dom of God, however, will be his writing ministry. I never appreciated this ministry as much as when I went to Papua New Guinea, and used dad’s written words. These lessons were simple and well organized. He had the ability to cut through the unimportant in order to get to the important in a minimum of time.