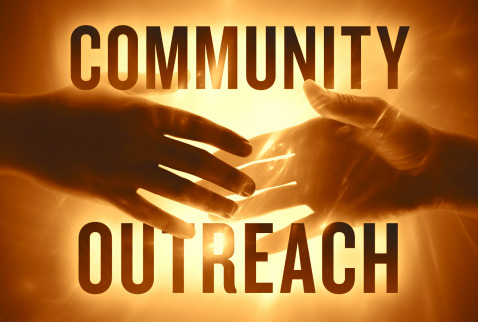 When I began my journey as a church consultant in the 1980s, I had one tried-and-true approach to determine the outreach effectiveness of a church. I would simply ask to see the records of the number of home visits the prior month. I would then compare that number to the average attendance of the church. It was a pretty basic yet accurate way to see if the church was likely to grow in the future.

From my perspective of over 30 years ago, churches that knocked on more doors were more likely to grow. Indeed, even today if you can visit with receptive hosts in their homes today, the effectiveness of that contact is very high.

But my previous statement has two clear caveats. The first is “if you can visit … in their homes.” I began to see the trends shift in that same ’80s decade when I was also serving as a pastor in St. Petersburg, Florida. Second, I used the word “receptive.” People were becoming less receptive, even hostile, to drop-by visits. And, at least in that city, more gated communities made drop-by visits impossible.

As a pastor, I would continue to use the traditional home visit as our church’s primary outreach mechanism into the 1990s, but I saw it become less and less effective. Those most faithful members who showed up for outreach night were becoming more and more discouraged. It was not uncommon for a couple to attempt to make five or six home visits with no success. Even those who tried to make appointments at night had very minimal success.

Almost every church leader understands that the congregation is called to be faithful to the Acts 1:8 command to be witnesses to Jerusalem, Judea, Samaria, and to the ends of the earth. The practical application of that, of course, is to send members into our communities and, ultimately, throughout the world.

There is a direct connection between the demise of traditional outreach and the decreasing effectiveness of reaching the respective communities. Spending time in someone’s home was a highly effective connection that usually led to other relational opportunities. But, as noted, this type of outreach is highly problematic in most communities. What’s the solution?

I conducted an informal survey of church leaders a while back. My simple question was: What is your church doing to reach her community? Here are the top nine responses:

What do you think of these nine approaches? What outreach approaches are you using in your church? Are they effective?

Thom S. Rainer is the president of LifeWay Christian Resources.

The above article, “9 Things That Have Replaced Traditional Outreach in Churches” was written by Thom S. Rainer. The article was excerpted from lifeway.com web site.  May 2016.