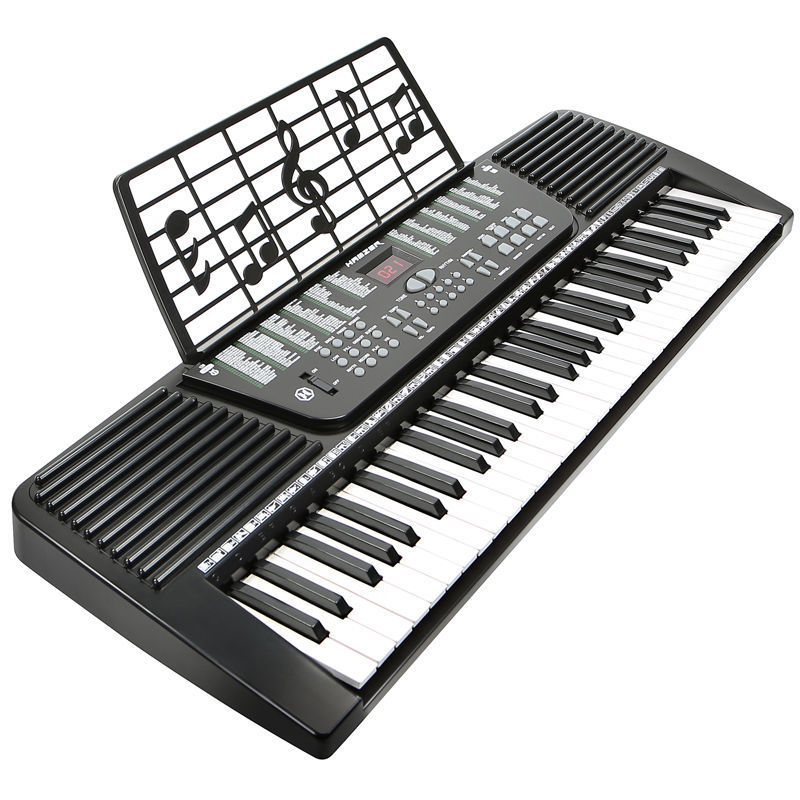 We have been asked for recommendations on keyboards to use in church. Here are some suggestions by Tim Martin, presenter of our worship keyboard DVDs:

The question of which keyboard to buy for church use is a common one. Many people are baffled by the choice available or simply don’t know where to start. The first question to ask is what the instrument will be used for. If you are looking primarily for piano sounds (along with electric pianos) then a stage piano or digital piano will usually be your best choice. These instruments typically concentrate on good piano and electric piano sounds, are 88 note instruments like a real piano and have a realistic piano action (the keyboard feels similar in weight and touch to a real piano). The downside of all of these instruments is that the keyboard means that they will be quite heavy, although some are more portable than others. These come in a number of different shapes, sizes and prices which all need to be considered.

The other option is a synthesizer which is more suitable for playing a second keyboard part (strings, pads, synthesized sounds, keyboard lead sounds and organs). These instruments will typically be shorter and lighter and will either have unweighted or semi-weighted keys – an advantage for some sounds but a clear disadvantage for keyboard players.

If a church is going to spend money on one instrument it is usually best to go for the first of these two options, some of which are also quite versatile if being used for synth sounds. The second option would generally be best if the sound you make is so guitar based that piano sounds are largely redundant or as a second instrument. Another consideration is that most professional keyboards do not have built in speakers so some kind of amplification will be necessary.

In this article I’ll look at the available stage piano’s which will probably be the best choice for most churches. These instruments are semi portable but have a hammer action, fully weighted keyboard. They are generally more flexible for combining sounds and live performance than digital piano’s which are aimed at the home user rather than for use in a band setting. I have started with the cheaper end and gone up from there. The prices are for guidance only and should be checked either with a dealer or online:

These are neat little instruments with a lovely feel – the keys feel realistic although they could be a little heavy for some. A very limited range of sounds which cannot be combined with any degree of flexibility. If you’re only going to use piano and electric piano sounds this is a real contender – it’s relatively small and light and sounds good for the price. This keyboard has internal speakers but these aren’t large enough for using on their own – more for personal monitoring. The major downside of this instrument is that the only audio connections are its headphone sockets, which is less than ideal.

Similar to the P85 but a bit more solid, a couple more sounds and this time with dedicated outputs. Again, it feels great and the sounds aren’t bad if you want basic piano settings most of the time. The big plus point of this instrument (together with the key bed) is how portable it is.

This is the lower model in Yamaha’s professional stage piano range but is able to do significantly more than the ‘P’ series keyboards. These have significantly more (and better) sounds and are able to combing two sounds with control over the relative levels of each. The drawback of these compared to the ‘P’ series is that they don’t have built in speakers so external amplification is always needed.

This is Roland’s equivalent to the CP33. You can also combine sounds with control over the relative levels which can be a really useful feature, especially for putting strings or pad sounds behind a piano or EP. Again, there are no speakers here which may be a consideration for some. Apart from the difference of around £100 the choice between this and the Yamaha comes down to personal preference. Some people dramatically prefer the sounds of one manufacturer over another and this will need to be taken into account.

This is the real dark horse in the pack. Having said this, it really is good. Having played one recently I wouldn’t hesitate to recommend it as a great choice. It has more than enough sounds to keep anyone happy and is extremely easy and intuitive to use. The piano sounds are good and, again, you can combine different sounds with control over the levels. The addition of a good pipe organ with groups of stops that can be added separately using the faders will be a great feature for those who don’t have access to a real or digital pipe organ. Having seen it, I wouldn’t hesitate to buy one at this price.

This has all the bells and whistles you could wish for together with great piano and EP samples. There are numerous useable synth, pad and string sounds. The Hammond organs are programmable and can be very good in the right song. Combining sounds is relatively easy and the key bed feels great to play. No speakers on this model either, but this does keep the weight down and make it more portable than the Yamaha CP300 which is the direct competitor. The only real drawback to this model is that it may be a little complicated for some (although there are one touch piano settings for use when required).

This is the biggest of the keyboards here both in price and dimensions. It has the advantage of well powered onboard speakers and it can combine sounds like the models above. It is certainly the best stage piano that Yamaha have made for many year and well worth consideration for those with a budget to suit and who don’t need much in the way of portability.

There are more instruments available but these are the ones I have found to feel and sound best in recent years. A lot does come down to personal preference and for that reason it’s important to find somewhere that you can play the models you are thinking about for a good period of time (at least half an hour). This will give a good feel for the merits of the sounds and how useable the instrument is likely to be in your situation. Remember that for a number of the models above you will need to buy some kind of amplification for the keyboard player to monitor themselves even if the main output will go into the PA system. There are a number of different keyboard amplifiers around but I can’t look past the Mackie SRM150 which, for around £200/$300 makes an excellent personal monitor when mounted on a mic stand and can also be used as a mini PA system in small meetings.

A lot is clearly dependent on budget and all of the instruments above are a good choice in the right situation. If I were making this kind of purchase and could afford to do so I would choose between the last three models in the list (Kawai MP5, Roland RD700GX and Yamaha CP300). These are the most versatile and have the best sounds. Whatever choice you make it should be on the basis of which sounds best, which is most suited to your situation and which you find most fun to play – don’t underestimate this last element as you’ll become more creative if you can have fun with the instrument.

And don’t forget to invest a little in some training for your keyboard players too!

The above article, “Recommended Keyboards to use in Church” was written by Tim Martin. The article was excerpted from www.musicademy.com web site.  June 2016.