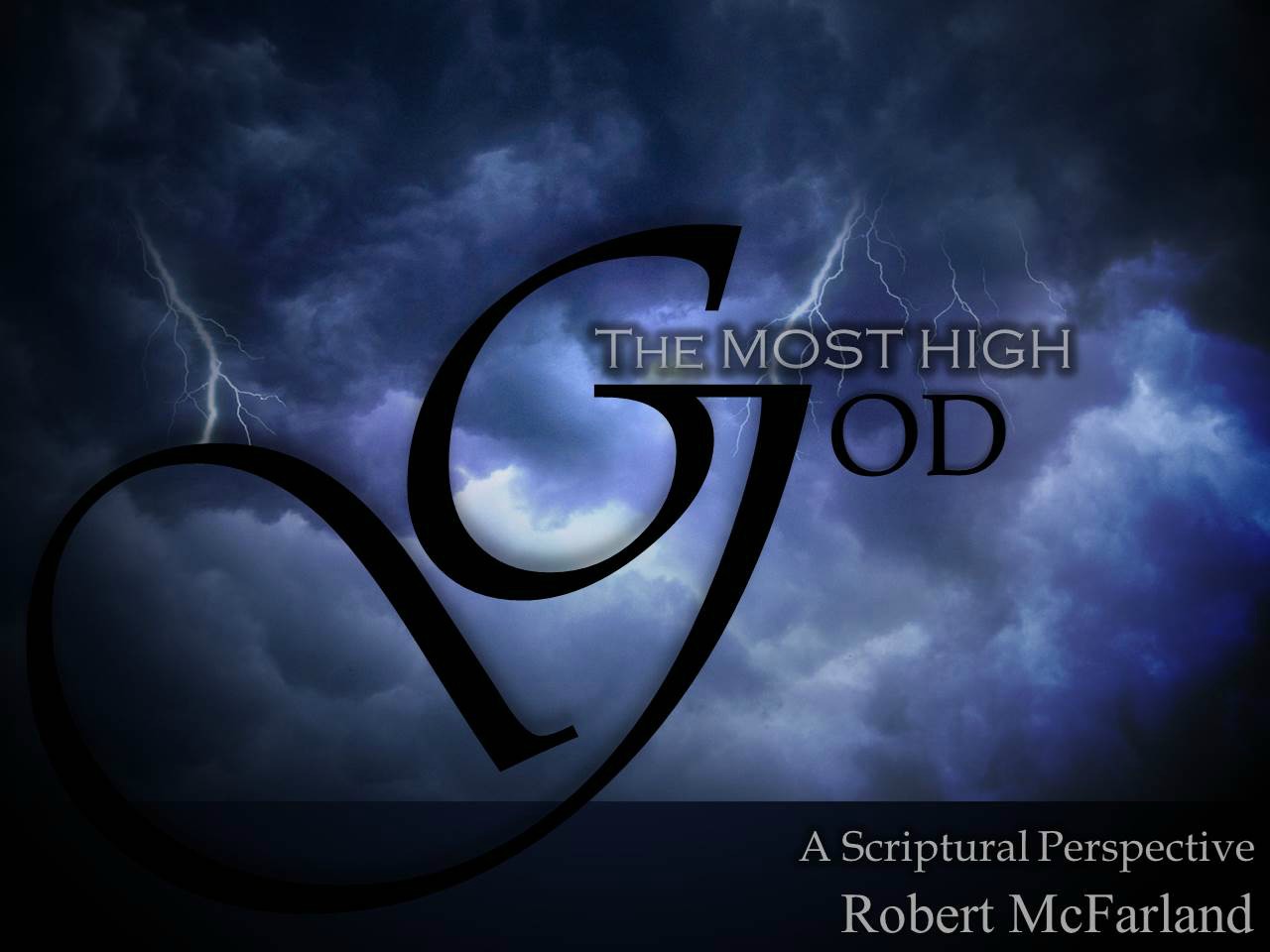 There is a perspective that teaches the trinity began at the council of Nicaea in A.D . 325. This is commonly considered through much of the current Christian ranks today. One would readily agree that there are several scriptural problems that immediately surface when an attempt is made to explain the trinitarian position. The official explanation is rendered that God is . . .

God the Father, one person;

God the Son, one person;

God the Holy Ghost, one person.

Somehow, these three divine persons are really one God. There are a considerable number of definitions and explanations of this triune mentality, a great host of literature has been written, and a large number of meetings have been called, all for the purpose of attempting to obtain a logical understanding of this statement that “these three are one.” So rather than add another piece of literature, we felt it would be more appropriate to research the subject and attempt to discover the first recorded instance of worshiping a trinity of gods and the possibility of linkage between those early records and what we have today.

There is a great resource book that has been passed through the generations, and we have copies in our possession this very day: the Holy Bible. In some of the earliest records we find an unusual statement issued by God concerning His thoughts about a man called Abraham. We understand the master plan of God concerning the longevity of His relationship with Abraham, as He concludes with this statement:

“For I know him, that he will command his children and his household after him, and they shall keep the way of the LORD, to do justice and judgment; that the LORD may bring upon Abraham that which he hath spoken of him” (Genesis 18:19).

What was different about Abraham that caused the Lord to need to know him? And why was Abraham considered any different from any of the other good people on the earth at this time? Retro-researching this subject or question, one will go to the recorded beginning of Abraham in the Scriptures to determine what sort of relationship God was striving for. The Book of Genesis begins the story of Abraham and his dialogue with the Lord which instructed him to relocate to another land:

Abraham followed the direction of the Lord and relocated from Eastern Iraq to the present-day State of Israel. The story continues that Abraham entered the land, and his first recorded act was to erect an altar. (I believe we are safe to presume that he offered sacrifice on that altar):

“And the LORD appeared unto Abram, and said, Unto thy seed will I give this land: and there builded he an altar unto the LORD, who appeared unto him” (Genesis 12:7).

Then Abraham moved a bit further south and once again erected an altar:

“And he removed from thence unto a mountain on the east of Bethel, and pitched his tent, having Bethel on the west, and Hai on the east: and there he builded an altar unto the LORD, and called upon the name of the LORD” (Genesis 12:8).

The last half of chapter 12 renders a story of Abraham in the land of Egypt. It is easily understood that the pharaoh of Egypt met the God of Abraham who was superior to all the gods of Egypt combined.

Continuing in chapter 13, Abraham returned to the land of Canaan and parted company with his nephew, Lot, who remained in the Dead Sea Valley. He continued west to what we now have on modem maps as the city of Hebron. There again Abraham erected an altar unto the Lord.

In chapter 14, Abraham became involved in a large battle and returned victorious. He was met by a character known as Melchisedec, the king of a city called “Peace” or “Salem.” He was also the priest of the MOST HIGH GOD. This phrase provides us with some linkage with the God that both Abraham and Melchisedec worshiped. This phrase also separates these two men from the common pagan worshipers who surrounded them.

Interestingly, this phrase turns up in the King James Version (English) eleven times. In chapter 14 of the Book of Genesis, this phrase surfaces four times: Genesis 14:18, 19, 20, and 22. Beginning in verse 18, the writer designated that Melchisedec was the priest of the MOST HIGH GOD:

“And Melchizedek king of Salem brought forth bread and wine: and he was the priest of the most high God” (Genesis 14:18).

And Melchisedec then stated that Abraham was of the MOST HIGH GOD:

“And he blessed him, and said, Blessed be Abram of the most high God, possessor of heaven and earth” (Genesis 14:19).

He then continued to pronounce blessing upon the MOST HIGH GOD:

“And blessed be the most high God, which hath delivered thine enemies into thy hand. And he gave him tithes of all” (Genesis 14:20).

Further on, Abraham again declared that he had communicated with the MOST HIGH GOD and would take nothing for his part in the battle, for the rescue of the kings:

“And Abram said to the king of Sodom, I have lift up mine hand unto the LORD, the most high God, the possessor of heaven and earth, that I will not take a thread even to a shoelatchet, and that I will not take any thing that is thine, lest thou shouldest say, I have made Abram rich” (Genesis 14:22-23).

In the Book of Psalms, David wrote about Israel’s tempting the MOST HIGH GOD and not keeping His testimonies:

“Yet they tempted and provoked the most high God, and kept not his testimonies” (Psalm 78:56).

Three times this phrase is mentioned in the Book of Daniel:

Further on, we have a second reference:

“O thou king, the most high God gave Nebuchadnezzar thy father a kingdom, and majesty, and glory, and honour” (Daniel 5:18).

And also, elaborating on the king’s “continuing education program”:

“And he was driven from the sons of men; and his heart was made like the beasts, and his dwelling was with the wild asses: they fed him with grass like oxen, and his body was wet with the dew of heaven; till he knew that the most high God ruled in the kingdom of men, and that he appointeth over it whomsoever he will” (Daniel 5:21).

All three of these references indicate that the king was forced to conclude that there did exist a God who was higher than any god he had ever known and that this God was in fact a God of action and superior in every way: truly a MOST HIGH GOD.

In the Gospel according to Mark, a demonic spirit recognized Jesus and spoke using this phrase to describe him as the Son of the MOST HIGH GOD:

“And Mel cried with a loud voice, and said, What have I to do with thee, Jesus, thou Son of the most high God? I adjure thee by God, that thou torment me not” (Mark 5:7).

In the Book of Acts, another demonic spirit expressed recognition and spoke, using the phrase to describe Paul and his coworkers as servants of the MOST HIGH GOD:

“The same followed Paul and us, and cried, saying, These men are the servants of the most high God, which shew unto us the way of salvation” (Acts 16:17).

The writer of the Book of Hebrews quoted from the Book of Genesis in chapter 14 with reference to Melchisedec as priest of the MOST HIGH GOD:

“For this Mekhisedec, king of Salem, priest of the most high God, who met Abraham returning from the slaughter of the kings, and blessed him” (Hebrews 7:1).

Careful consideration now causes us to come to the simple conclusion, by the occurrence of these eleven recorded instances, that in history one had multiple gods to choose from for various worship practices. All eleven recorded instances, however, show that there was a single God who was superior to all others. It also could be concluded that it was and is the same superior MOST HIGH GOD in all eleven cases.

Grammatically, it can be established that there can be only one MOST HIGH GOD and that all other so-called gods must be inferior to Him.

This article “A Scriptural Perspective of THE MOST HIGH GOD” was excerpted from the book The History of the Origin of the Trinity by Robert McFarland. It may be used for study & research purposes only.