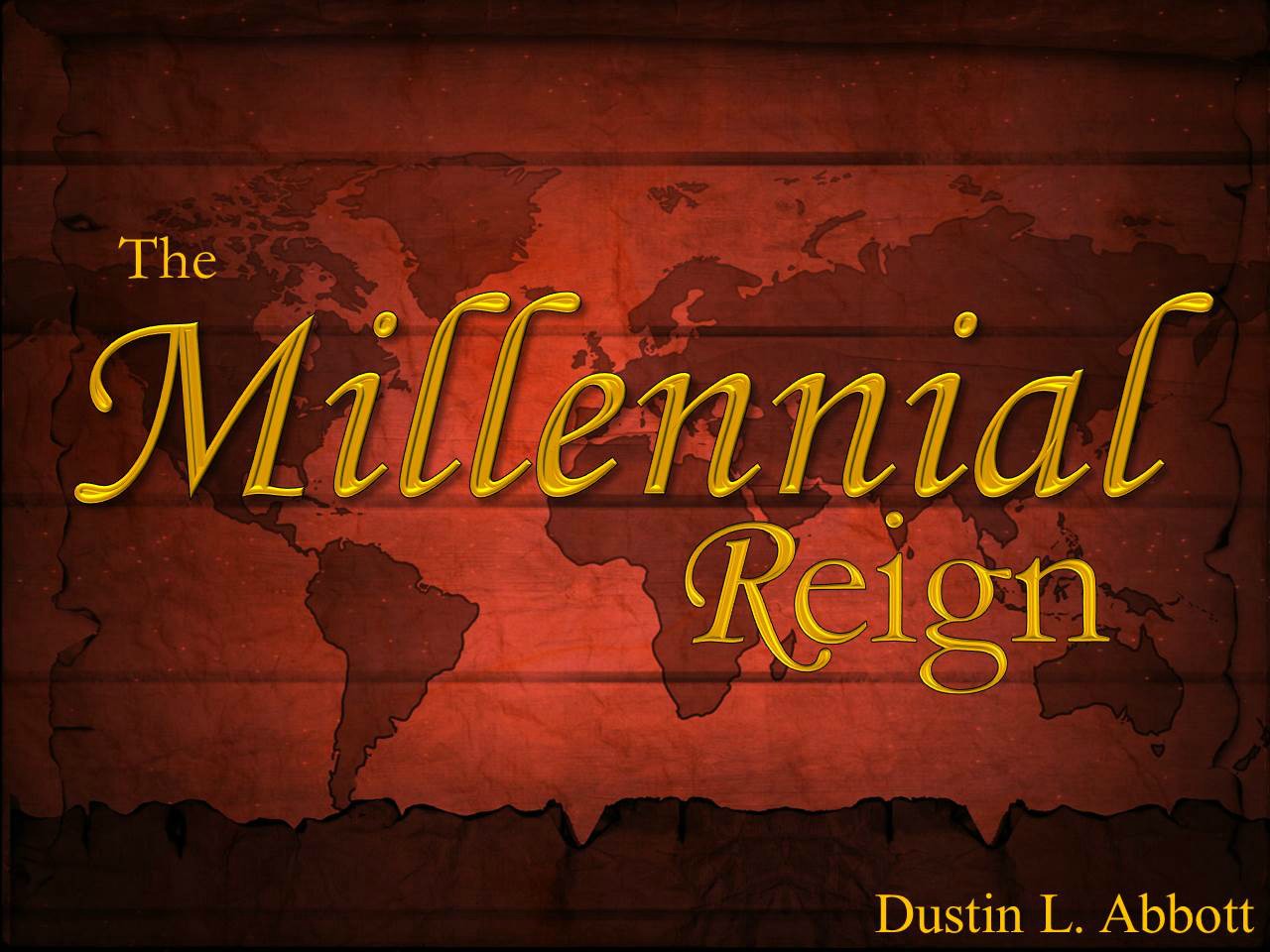 A joyous celebration must take place as the redeemed Bride watches the binding of their archenemy. God makes a mockery of him. Men will wonder at how such a creature could ever deceive so many. The seal of God is placed upon the locked bottomless pit, the same kind of seal that protected the 144,000. It cannot be broken; once placed, only God Himself can rescind it.

The battle has now been won, and Jesus Christ has taken possession of His kingdom; He will now reward His Bride for her faithfulness to Him. One of the greatest rewards will be the absence of Satan and His influence in the world. Our responsibility of ruling and reigning with Him will be made much easier without satanic influence in the world (it is a reward, not a curse!). One thousand literal years of Eden-like peace will reign upon the earth. This period will conclude with the short release of Satan and the final battle of Gog and Magog. This will end time as we know it and usher in eternity.

(1) And I saw an angel come down from heaven, having the key of the bottomless pit and a great chain in his hand.

The first step to the founding of Jesus’ earthly kingdom is the removal of Satan. This angel is not given a name; anyone who comes in the name of the Lord has authority over the dragon! Perhaps this is a great angel, like Michael, or perhaps it is the feeblest of all the angels. Regardless of his identity, he carries the authority to bind Satan and cast him into the bottomless pit, effectively locking him there for the duration of the Millennium.

The conclusion of this chapter shows that Satan will be cast into the lake of fire at the end of the Kingdom Age (where the Antichrist and false prophet are already in torment). At this juncture, however, he is thrown into the bottomless pit, not the lake of fire. There is an important distinction made between these two destinations. No one will ever return from the lake of fire, for it is the permanent resting place of the damned.

(2) And he laid hold on the dragon, that old serpent, which is the Devil, and Satan, and bound him a thousand years,

This nameless angel manhandles Satan and binds him. The captivity of Satan will be for a specified period that is repeated no less than six times in this chapter. Verses 2-7 emphasize the fact that the Millennial Reign will last for 1,000 literal years! If John had been writing figuratively there would be no need to repeat this multiple times. John makes it abundantly clear just who is being bound in this passage. Four distinct names used to refer to Satan are all listed to remove all doubts and make it clear that the devil is going to get “his due.”

Satan will be utterly humiliated by this event! He will be bound by a nameless angel in the sight of millions of witnesses. He will be weak and powerless, and Isaiah records our reaction to seeing him in this state.

But you are brought down to Sheol, to the far reaches of the pit. Those who see you will stare at you and ponder over you: is this the man who made the earth tremble, who shook kingdoms, who made the world like a desert and overthrew its cities, who did not let his prisoners go home?’ (Isaiah 14:15-17, ESV).