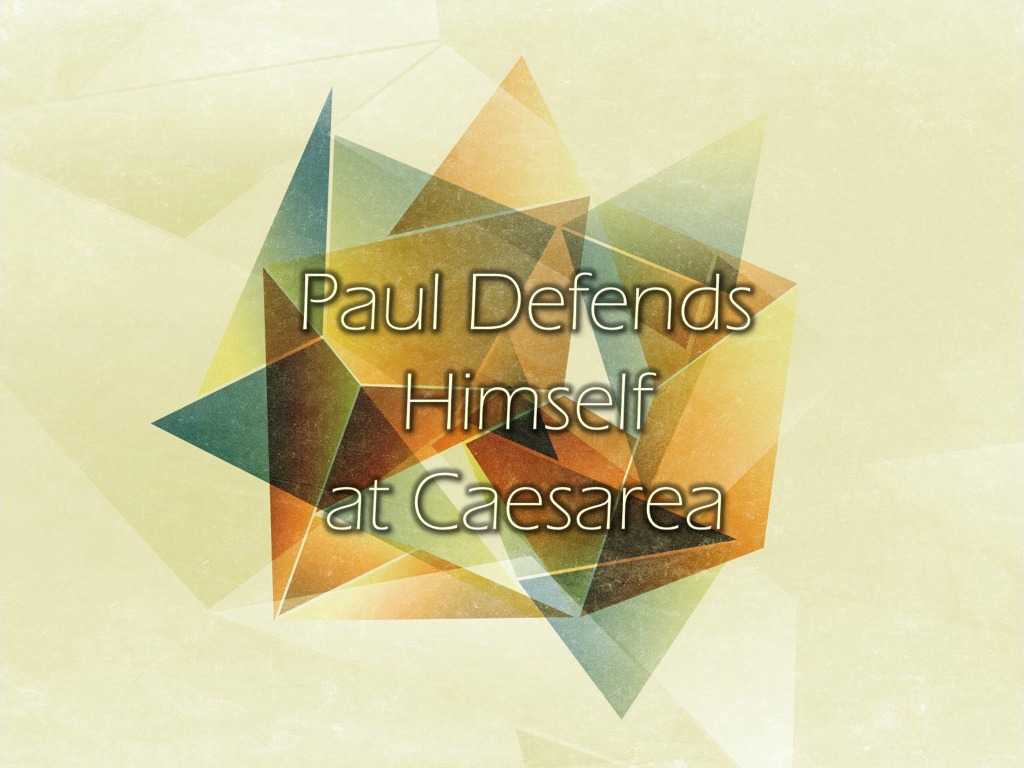 Gentiles, the kings, and the children of Israel. In this lesson we study about Paul bearing the

name of Jesus before two governors and one king. Later he stands before the emperor at Rome.

Judea. He ruled the province in a mean, cruel and profligate manner. His period of office

was full of troubles and sedition. The wife of Felix was Drusilla, daughter of Herod

He was the successor of Felix as governor of Judea. Nero appointed him probably in the

autumn of the year 60 A.D. He died probably in the summer of 62 A.D. having ruled the

of his father A.D. 44. The relation in which he stood to his sister, Bernice, was the cause of

much suspicion. The appearance of Paul before Agrippa tells much about his character.

At Jerusalem a plot was discovered that forty men had conspired to kill Paul. The captain,

Claudius Lysias, wrote Governor Felix at Caesarea a letter and sent Paul to him guarded by

was allowed to ride all the way.

Felix sent to Jerusalem for the accusers of Paul and after five days they arrived in Caesarea.