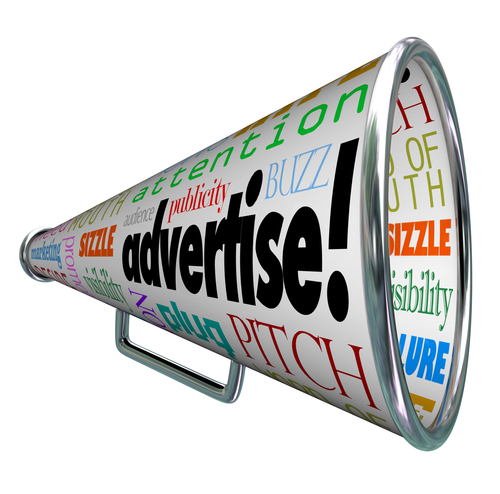 Before I launched IKON (a church plant in downtown San Francisco) I knew I didn’t want to go the standard route of advertising through postcards. I didn’t think that it would resonate well in the city, especially from an environmental waste standpoint*. However, we had a dedicated budget line for advertising and it was generally understood that we would use this for postcards, so if I wanted to by-pass this medium I had to think of a different way to use the dedicated budget.

My friends in Boston launched a few years before us and found some success in advertising on the T platform (the city’s public transportation line.) I was fascinated by this as a medium but wanted to think of it a bit differently, not as an invitation to join us but as a means of communicating truths to the masses. This is how our first MUNI (San Francisco’s public transportation line) ad came to be.

We paid an artist from Seattle for the rights to use his artwork in our advertising scheme. He had developed a series of wood etchings called “The Fruits of the Spirit” that were “ironic” in nature. We chose 2 for our MUNI advertisements: “Love” and “Peace”. This is how they turned out:

We paid for a 6-week run in three different MUNI stations, however these signs stayed up for over 6 months. When inquiring about the longevity of the advertisements we were told by the ad company that there was a California State Assemblyman who really liked the powerful statements that were being communicated. He asked if they could remain up as long as possible. As a result, the ad company took a bit longer than usual to sell our spots. I received a great deal of encouragement and support from people throughout the city for these ads, many of which were not Christians and many of whom didn’t really have or want a connection to the church. The message resonated well and opportunities for beautiful conversations surrounding gospel truth began opening up.

(We also printed out 1000 postcards of these images and set them in coffee shops around the city, like many other businesses do. They stood out like a sore thumb–but in a good way. It wasn’t outside the norm to see these postcards on people’s desks around the city–most of whom had no connection to IKON, or attached to mirror’s in people’s homes–again no connection to IKON and no clue that I was responsible for these postcards when I was invited into their home for coffee or dinner.)

Our second MUNI campaign was also very well received by non-Christians within the city, however Christians were very critical and disparaging. Again, the idea was to communicate truth and create opportunities for conversation. As a community we were walking through the Gospel of Luke and specifically hitting on a section of the Gospel where the love of Jesus was becoming explicitly clear. We decided to borrow a book title for our sermon series and naturally thought the truth that was being communicated was to good to pass up, so we turned it into a MUNI ad. The truth? Love Wins.

Christians inside and outside of the city immediately accused us of promoting Rob Bell’s controversial book by the same title and claims that our church was a cult increased in the Christian community (always a fun battle to walk through). I responded time and again to harsh emails, nasty phone messages on the church voicemail line, and disparaging comments from Christians, however non-Christians resonated with the message and appreciated a church that was promoting love. (This always struck me as odd that we were appreciated by non-Christians as promoting love… isn’t that what the church is supposed to be doing all the time anyways?)

Our third campaign was in its final stages of design and testing before IKON closed. Unfortunately it never saw the light of day, however it was my favorite MUNI ad of the three. This one, however was a bit more bold than the others and actually received some great feedback from non-Christians, especially when asked what they would do if they saw this on a MUNI platform while standing with a friend or co-worker. The general response from non-Christians? “I’d talk about it… not about whether it was right or wrong to have the name of Jesus out there, but I’d talk about what the name of Jesus meant… I mean it’d be hard not to with that staring you down.”

I want to advocate that you shouldn’t use advertising to get people to come to your church service. If that is your goal, I would argue that you’re not only caught up in but perpetuating a cycle of consumerism, creating and catering to consumer Christians. Most non-Christians won’t see your ad and think, “Yeah, I want to go to there.”

I want to advocate a different type of advertisement for the church. In fact, this is what I learned. When you advertise the truth about the gospel in creative and bold ways, when you instigate conversation through a MUNI ad, when people are ready to have those types of conversations in a spiritual group, you’ll be the first place they turn. Advertising shouldn’t be a short term strategy to experience numerical growth. Instead, take the long approach and let people know that when they want to have honest conversations about truth, about Jesus they know that you’re the church community to jump in with.

NOTE: My original hypothesis regarding postcards was that they wouldn’t work in San Francisco. However, after seeing them work for a church planter in downtown LA and several churches in SF shortly after us it has definitely proved to be a viable option. It works simply because no one uses that medium in the city outside of political campaigns every four years.

The above article, “Advertise Differently” was written by Aaron Monts. The article was excerpted from www.aaronmonts.com web site. December 2016.