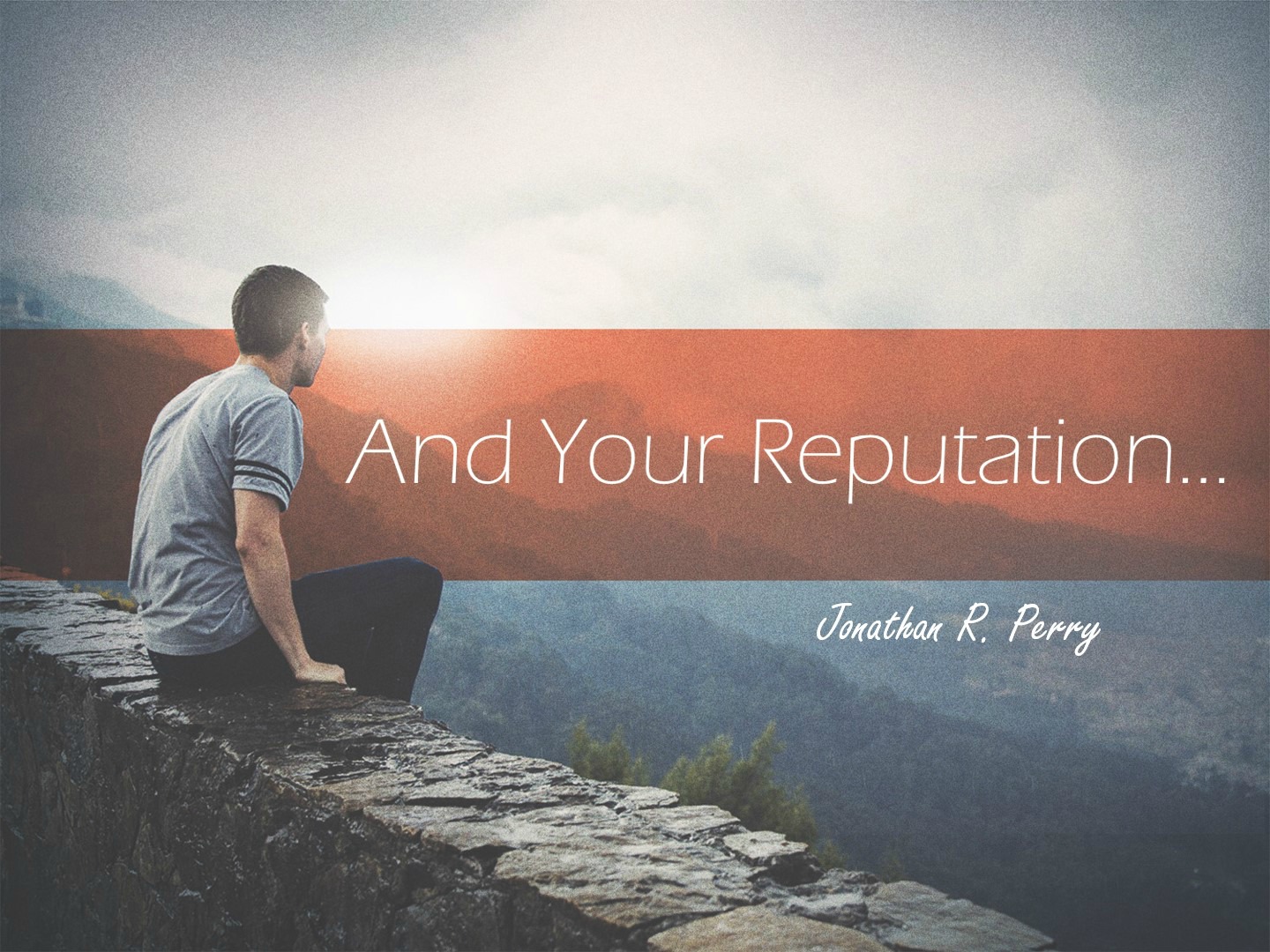 He was a fine young man with no serious problems. One night while out riding around with some friends they stopped the car in a parking lot. He was left sitting in the car while the other two ran inside and robbed the store. Not only did they rob the store, but also in the midst of the robbery, they killed a man. Fear overwhelmed the guilty duo and they consorted together to turn in the one that was innocent, alleging him to be the guilty person.

Eleven years were spent in a Georgia State Prison for a crime he did not commit. He was finally pardoned and released to go free. I listened to Herald Morris speak and was moved by his openness. As he looks back, he does not hate the two men who lied and used him as a scapegoat. He honestly admits, “I was with the wrong crowd, which is a sign of wrong character.”

32 If, in the manner of men, I have fought with beasts at Ephesus, what advantage is it to me, if the dead do not rise? Let us eat and drink; for tomorrow we die!

33 Do not be deceived: Evil company corrupts good habits.

34 Awake to righteousness, and do not sin; for some do not have the knowledge of God: I speak this to your shame. (NKJ)

In verse 33 Paul spoke of “evil communications.” This refers to the company of friends with which we spend time. This same verse uses the words “good habits,” which is what character is all about.

Upon looking at the entire fifteenth chapter of 1 Corinthians, we find that Paul is writing about the resurrection of Christ.

Verse 33 begins by warning us, “Be not deceived” In other words, be careful; be alert; be on guard–because danger is near. Paul was warning the people of Corinth not to be tricked into allowing evil associations of the world to corrupt and destroy Christian Character.

Our environment is a greater influence than we sometimes think. Look at nature’s slant on things. During our early years of marriage, my wife and I traveled extensively. While in the southern parts of the United States for any length of time, that southern accent would simultaneously surface when we spoke. Likewise, when in the northern United States, again we would both find ourselves using terminology and accents that were found only in the north. It is often said that married couples begin to look and act alike after years of marriage.

The concept that must remain fixed in our mind is this … character is not a gift given only to some while leaving others without, but rather a victory that should be reached for everyday. Character or the lack thereof, emerges over a period of time. Therefore we must be careful to guard our good character with diligence.

1 Dead flies putrefy the perfumer’s ointment, and cause it to give off a foul odor; so does a little folly to one respected for wisdom and honor. (NKJ)

This verse refers to our reputation.

I have heard it said and found it to be true that “the best time to protect your reputation is before you get one.” We must remember that day by day, little by little, we are either building up or tearing down our reputation. You only have one reputation, and once you get a bad one it’s hard to attain a good one. Warren Buffet said, “It takes 20 years to build a reputation and five minutes to ruin it.”

Rabbi Marc Gellman and Msgr. Thomas Hartman related this impacting story in How do you spell God? “There is an old story about a king who had a beautiful ring and three sons. Each son wanted the ring. When the king died he left three rings for his sons and a note that said, ‘My dear sons, one of these rings is real and two are fake. The way you will know who has the real ring is the son with the real ring will be kind and generous to all people.’

I wonder sometimes if we “shoot ourselves in the foot” trying to make people believe what we believe by being obnoxious, arrogant, and full of pride. Jesus gave us a great plan in His Sermon on the Mount; “Let your light so shine before men, that they may see your good works and glorify your Father in heaven. Matt 5:16 (NKJ) Our goal should be to display the light of God in our lives in such a way that people SEE God and not just hear about God. This is one of the missing ingredients among Christians today. There is a lot of talk about God but very little lifestyle exemplifying Christ. Our secular world is tired of hearing sermons preached across airwaves and seeing “Christianity” on their television screens. The people we meet daily in our lives are ready to SEE Christian character in action. This will only happen through you and I as we live it everyday on the highways and byways of society.

Annie Dillard said it like this in The Writing Life, “There is no shortage of good days. It is good lives that are hard to come by.” What kind of impact could you have on people if you lived a good life every day? There are people who are callused by the hardness of this world. These people need to feel the softer side of life.

If we call ourselves Christians, the ruling factor should be the Kingdom of God and the rules of the Kingdom. These rules do not fit the agenda of humanity, for we know that God’s ways are above our ways and God’s thoughts are above our thoughts. Therefore if we are going to live lives of Christian Character we must be willing to sign on to the agenda of Christ and the ways of His Word. The results will render a good reputation. Isn’t that what we want?

The above article “And Your Reputation” is written by Jonathan R. Perry. This article was excerpted from chapter one in Perry’s book Character The Real Thing.

1 thought on “And Your Reputation (Entire Article)”