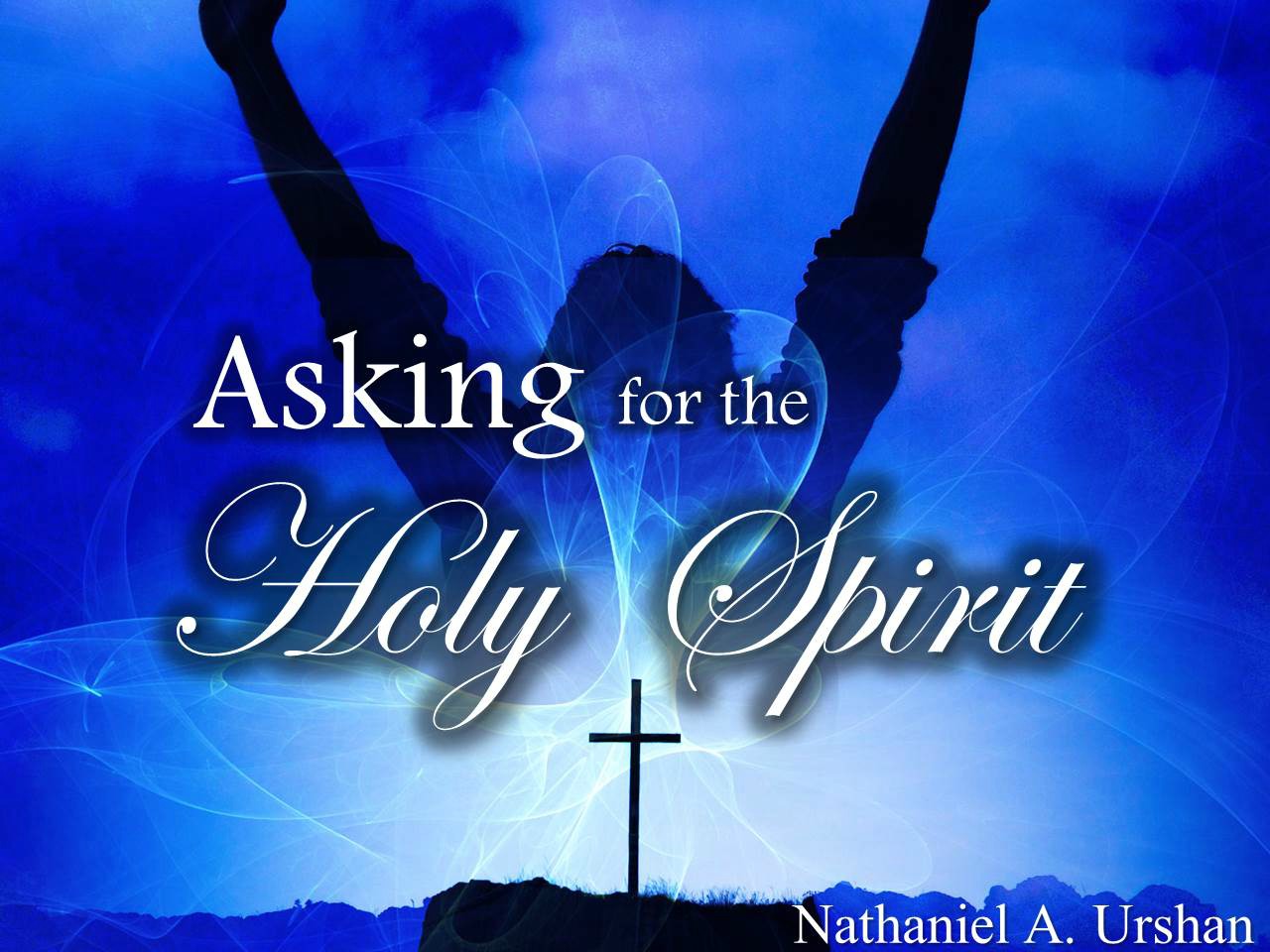 By Nathaniel A. Urshan

“If a son shall ask bread of any of you that is a father, will he give him a stone? Or if he ask a fish, will he for a fish give him a serpent? Or if he shall ask an egg, will he offer him a scorpion? If ye then, being evil, know how to give good gifts unto your children: how much more shall your heavenly Father give the Holy Spirit to them that ask him?” (Luke 11:11-13).

This eleventh chapter of St. Luke is an interesting and informative chapter. It becomes especially important when we recognize the great truth Jesus was impressing upon his hearers. The instruction He gave referred to the laws of prayer. It would be good for every listener to carefully note the scriptural truth of the first thirteen verses of this chapter. It is of utmost necessity that today the power of prayer should be used like the warrior uses the sword to thrust through the enemy in self-defense. Our hour is fraught with peril so severe that puny-minded man cannot cope with the raging demon powers threatening the universe, unless he fights clothed in the armor of the Spirit. Prayer becomes the channel by which we touch the great God.

By request of His disciples, Jesus taught the manner in which to pray. The Lord’s Prayer is a masterpiece of intercession, for it beautifully illustrates approach, petition, praise and intercession; these are elements of successful prayer. Strange as it may seem, the Lord’s Prayer was just the beginning of Jesus’ instruction on prayer. We lose sight of the truth that follows, because, at our first observation, we are overwhelmed by the tremendous glory of the first rules given in the Lord’s Prayer.

Did you ever notice the truth taught on the theme of importunity? Jesus described this truth by illustrating a home visited in a late hour of the night by a man, tired, hungry, and needy. Said Jesus, “And he from within shall answer and say, Trouble me not: the door is now shut, and my children are with me in bed; I cannot rise and give thee. I say unto you, Though he will not rise and give him, because he is his friend, yet because of his importunity he will rise and give him as many as he needeth. And I say unto you, Ask, and it shall be given you; seek, and ye shall find; knock, and it shall be opened unto you” (Luke 11:7-9).

Here is demonstrated persistence—continual, unrelenting, earnest, urgent striving with God. Many do not know that perseverance in prayer is a great factor in realization of an answer. It is almost ridiculous to notice the attempts of our nation to pray, as when some national leader suddenly realizes the necessity of prayer and calls for a moment of silence at high noon for the safety and preservation of a nation. How can we expect God to forgive us a hundred years of sinning for one moment of irreverent, un-confessing, careless prayer? My friend, this is a far cry from a statesman of yesteryear.

When Israel was in trouble, Daniel, a prophet of God, a politician for the people, and a statesman selected by kings, prayed and fasted twenty-one days until Jehovah God forgave the nation of their sins. What a far cry this is from our little prayers! Consider well how trifling and insignificant this is, alongside of what Jesus taught in regard to importunity or persevering prayer.

There is yet another law of prayer concerning which many professing Christians show an appalling ignorance. In the eleventh chapter of St. Luke and the thirteenth verse, Jesus suggests that a man must seek and ask for the Holy Spirit of his heavenly Father. “If ye then, being evil, know how to give good gifts unto your children: how much more shall your heavenly Father give the Holy Spirit to them that ask him?”

By declaration Jesus authored this statement. This completely and decidedly destroys a popular fallacy that men and women receive the Holy Spirit when they believe. It suggests rather that the basis for reception of the Holy Spirit is first determined by the individual’s desire to express his need of it. This verse also illuminates greatly the command Jesus gave His disciples which was recorded in St. Luke 24:49. “And, behold, I send the promise of my father upon you: but tarry ye in the city of Jerusalem, until ye be endued with power from on high.”

Here is a command which declares, “tarry ye . . . until.” In other words, pray until the Holy Spirit descends. It definitely signifies the baptism of the Holy Spirit as an experience separate and apart from any other experience the disciples had in their earthly contact with Jesus. According to the written record, the one hundred twenty included such seekers as “Peter, and James, and John, and Andrew, Philip, and Thomas, Bartholomew, and Matthew, James the son of Alphaeus, and Simon Zelotes, and Judas, the brother of James. These all continued with one accord in prayer and supplication, with the women, and Mary the mother of Jesus, and with his brethren” (Acts 1:13-14).

This supplication continued until the result was the remarkable phenomenal outpouring of the Pentecostal Feast day. Jesus stressed the importance of the baptism of the Holy Spirit when he commanded His bosom comrades to “tarry until” they were “endued with power from on high.”

This further lends strong support to the suggestion of Jesus about asking the heavenly Father for the Holy Spirit. It puts importance upon the fact of the Holy Spirit as an experience definitely necessary for all men. How can any man honestly face the facts of Holy Writ, and with a purely personal measurement say: “It is not necessary to ask for the Holy Spirit?” Christ implied it; He also commanded it. The disciples obeyed the command and forthwith went to Jerusalem. There they found to their own satisfaction that the heavenly Father would and could fill with the Holy Spirit those who would call on His name and those who would ask for Him.

The Pentecostal manifestation of speaking with other tongues is a pattern. This pattern was followed by several duplicated instances mentioned in the Book of Acts. There is an incident which shows how clearly the Holy Spirit baptism was evidenced by speaking with tongues. This case is the experience which fell on the household of Cornelius. Cornelius was a Gentile—a devout man, whose devotion gave him the favor of God. His searching for truth brought him to a place where the Apostle Peter and several Jewish brethren came to introduce the message of New Testament salvation to this devout man and his household.

I want, you to notice the result of Peter’s speaking to this group “. . . the Holy Ghost fell on all them which heard the word. And they of the circumcision (the Jewish believers) which believed were astonished, as many as came with Peter, because that on the Gentiles also was poured out the gift of the Holy Ghost. For they heard them speak with tongues and magnify God . . .” (Acts 10:44-46).

Here the pattern fits and manifests the great truth. We are contending for this great truth, so that men and women whom we contact may be filled with the fullness of God. Remember, too, that asking for the Holy Spirit fulfills the law of prayer spoken by Jesus Christ. When you pray, ask the Lord to give you the Holy Spirit.

This article “Asking for the Holy Spirit” by Nathaniel A. Urshan was excerpted from the book: These Men Are Drunk! Pg. 15-18. April 2011. It may be used for study & research purposes only.

1 thought on “Asking for the Holy Spirit (Entire Article)”