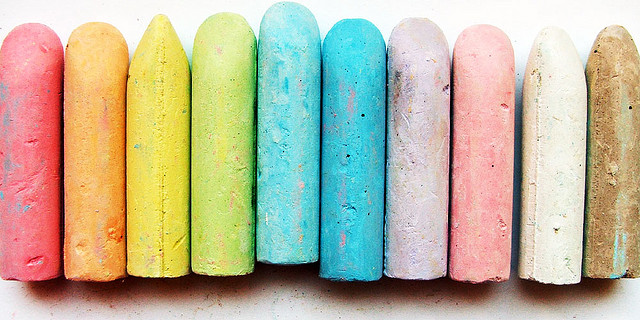 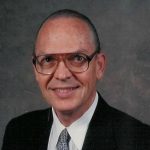 Captivated by flashes of colorful rotating lights, children listen intently as Bro. Eddie Jones of Decatur, Alabama ministers to them. A chalkboard with a large sheet of paper and light bar is set up, and the exciting evangelistic message begins. Jones illustrates his message by drawing pictures in various pastel colored chalks as sounds and lighting effects accompany his message. Using the special effects of black lights and fluorescent lighting as well, his picture develops as his preaches. The results are powerful. At the end of each service he gives the finished artwork to the child who brought the most children to church.

Said Jones, “I feel compelled to give back to the Lord who has given so much to me.” At six years old, he was left with a paralyzed right leg and crushed head from an accident. His family brought him to a Pentecostal church and God miraculously healed him instantly that night. After that, he began to develop a talent for drawing. He said, “I began doing artwork as a pre-schooler and took commercial art courses in high school. Basically, I have done artwork all of my life.”

Bro. Jones evangelized out of the First Pentecostal Church, pastored by Bro. T.W. Barnes’ church in Minden, Louisiana. Said Jones, “At that time I felt the need to come up with illustrated messages that appeal to children, ages four and up. I began to utilize the Chalk Talk ministry one service each week, then Sunday mornings and evenings.” He then began to do the Chalk Talk ministry in youth camps and weekend revivals. Bro. Jones noted that in youth camps where the Chalk Talk ministry was used every night, record numbers of children and teens received the Holy Ghost. He said, “One woman’s husband was present at church when I ministered in chalk on ‘Thirty Minutes Over Hell.’ He went home that night and dreamed about it. The next night he received the Holy Ghost.”

Some of the topics in the Chalk Talk ministry are; Calvary, The Resurrection, Day Of Pentecost, Manger To The Cross (Christmas), Ark Of Salvation (Noah’s Ark), Sodom and Gomorrah, and 30 minutes Over Hell, always followed by The Holy City. Flashing lights highlight certain areas of the drawing, making the scenes appear to come to life. Jones also does a chalk drama on soul winning. He draws a man with a Bible in one hand holding the collar of a man with his other hand, dragging that man away from sin. The theme of that message is to compel them to come.

Bro. Jones indicated he would soon be using a new lighting system with a hundred different lighting effects that changes colors and sounds as he preaches. He has shown others how to utilize the Chalk Talk ministry and noted that anyone can do a Chalk Talk ministry. Jones is available for youth camps and weekend revivals. For information you may contact him by email at pastoreddiejones@aol.com or by phone at 256-350-3200. He hopes to have a website for Chalk Talk in the near future.