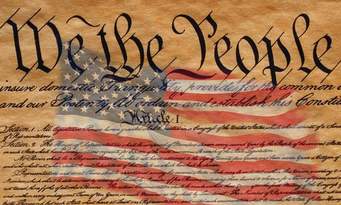 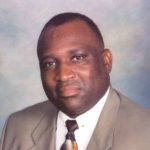 “Being a Christian is more than just going to church and praying. It also includes the civic affairs of our country. This is as much a Christian duty as becoming a missionary or Sunday School teacher,” says Bro Gary Ellis, pastor of Abundant Life Church in Clarksville, Tennessee.  The idea for a Civic Concerns Ministry came several years ago. “I woke up one morning listening to NPR back in 1992 during the presidential campaign. I was so angered at the level of deception that I heard in the media and the level of ignorance that I heard among Christians. So many believers had no clue as to what was happening around them. For example, the idea of the separation of church and state is nowhere in the Constitution. Yet, somehow, people believe it’s there. I felt like it was my responsibility as a pastor to keep our people informed and to teach our nations’ history without today’s secular bias.”

The Civic Concerns Ministry focuses on “teaching believers the importance of reading and understanding the Constitution, understanding the nature of our country and its history, and being informed and involved in what is going on today. For instance, we talk about the original intent of the founding fathers. We discuss the original intent of public education as opposed to what it’s become today. We keep Christians informed about issues of the day. Our young people visit the capitol. We host forums with elected officials and participate in voting registration. We educate our kids and our young people on a Biblical world view for Christian involvement and give a historical perspective from the standpoint of the founding fathers. It’s an educational process that reveals how America was initially founded on Biblical principles.”

The Civic Concerns Ministry does not have a set schedule. “It’s not a program, it’s more of a philosophy. We simply have consistent involvement. Whenever there are political issues to be dealt with, or elections, or the House and Senate are in session, we make appointments for our representatives to come and speak to our young people.”

Bro Ellis has seen his congregation grow and change as a result of this ministry. “We’ve got people who really understand the need to be involved and informed. I don’t tell people who to vote for; I just focus on showing them the ‘real thing’.  The US treasury has an excellent formula for identifying counterfeits. Instead of showing hundreds of counterfeit bills and explaining all the flaws, they lay out real money and teach all of its features. If you see anything false, you recognize it because it doesn’t look like real money. If we teach people the real thing, what the Constitution really says, what the Bible really says, what history really says, and what the founding fathers really intended, then they’ll know who’s who when election time comes.”