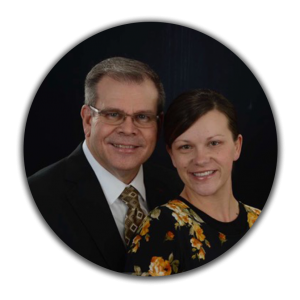 Change is inevitable, and some changes are good and even necessary. I am sure that you hear it and witness it happening just as much as I do. Some changes are for the better, while others are definitely for the worse. Many people are resistant to change, and yet others embrace it completely. Some folks are oblivious to changes that are happening all around them. The scriptures declare that God never changes! Truth never changes, in fact Jesus said that heaven and earth will pass away but my words shall never pass away. The Apostle Paul warns us that the time would come when they will not endure sound doctrine; but after their own lusts shall they heap to themselves teachers, having itching ears; and they shall turn away their ears from the truth and shall be turned unto fables.

Yet we are witnessing gradual changes happening before our eyes. Preachers that ‘used to believe that’ are vacillating on their beliefs, much to the disbelief of others. Churches that once held strong convictions on apostolic doctrines and holiness are discarding the very truths that defined them.

A conviction is a firmly held belief or opinion. While compromise means to weaken (a reputation or principle) by accepting standards that are lower than is desirable. How many times do we hear, “I just don’t feel convicted about that anymore”? Convictions should not diminish over time; they should grow stronger, regardless of the changes around us. If it was wrong before, it is not right now. Truth endures to all generations.

Consider the following example from the book “Lincoln on Leadership” by Donald T. Phillips. At one point during the war, Lincoln was forced by his cabinet to confront the realization that many people who were thought to be Union patriots were actually spies providing key information to the Confederacy. Not only was the situation a security concern, but also Lincoln was particularly distressed at the obvious lack of loyalty and honesty from so many people who were believed to be Union supporters. After presenting all the evidence, Secretary of War Stanton turned to the President and asked for direction. Lincoln, who had been silent and visibly disturbed, expressed his feelings with a story about the dilemma of an old farmer who had a very large shade tree towering over his house:

It was a majestic-looking tree, and apparently perfect in every part; tall, straight, and of immense size, the grand old sentinel of his forest home. One morning, while at work in his garden, he saw a squirrel (run up the tree into a hole) and thought the tree might be hollow. He proceeded to examine it carefully, and much to his surprise, he found that the stately tree that he had valued for its beauty and grandeur, to be the pride and protection of his little farm, was hollow from top to bottom. Only a rim of sound wood remained, barely sufficient to support its weight. What was he to do? If he cut it down, it would do great damage, with its great length and spreading branches. If he let it remain, his family was in constant danger. In a storm it might fall, or the wind might blow it down, and his house and children be crushed by it. What should he do? As he turned away, he said sadly; “I wish I had never seen that squirrel.”

Often we find ourselves feeling like the old farmer, wishing we had never seen that squirrel! We wonder what has happened to our brethren that have forsaken the right way. Why don’t they preach separation anymore? Should we be like the proverbial ostrich with her head in the sand? Or should we cry aloud and stand strong for the faith that was once delivered to the saints? We cannot afford to sit passively by and do nothing. May God help us to hold fast the words of sound doctrine!