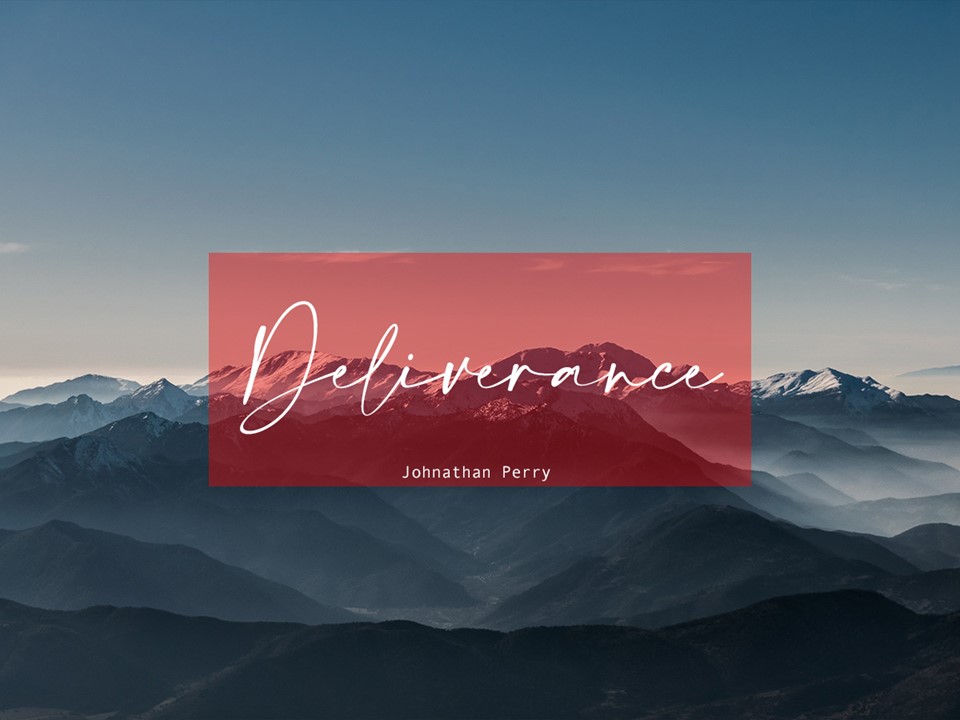 The ultimate purpose of God appearing in a fleshly form was to bring deliverance to bound humanity. At the consummation of the sin of Adam and Eve, all humanity fell into the death grip of the devil. God gave the promise of the coming Messiah in Genesis 3:15.

It was four thousand years in the making, then at last, a lost world had a living hope. Jesus Christ spent the first thirty years of His life on this earth in rudimentary obscurity. Then in Luke 4, we find Jesus standing before the people of His community proclaiming His destiny.

And He was handed the book of the prophet Isaiah. And when He had opened the book, He found the place where it was written: “The Spirit of the Lord is upon Me, because He has anointed Me to preach the gospel to the poor; he has sent Me to heal the brokenhearted, to proclaim liberty to the captives and recovery of sight to the blind, to set at liberty those who are oppressed; To proclaim the acceptable year of the Lord.” Then He closed the book, and gave it back to the attendant and sat down. And the eyes of all who were in the synagogue were fixed on Him. And He began to say to them, “Today this Scripture is fulfilled in your hearing.” (NKJ)

The focus of Christ’s ministry can be epitomized in one word, DELIVERANCE! The sick were healed. The blind received their sight. The hurting were comforted. The lame walked. The dead was raised. Even these miraculous events remained secondary to the real purpose of Jesus Christ to save SOULS.

According to Matthew 18:11 Jesus declared He had come to seek and save the lost.

“For the Son of Man has come to save that which was lost. (NKJ)

As leaders in Christ’s kingdom, our main agenda should be nothing more or nothing less than seeing souls released from the powers of sin and Satan. Programs and positions should aspire to achieve no greater goal than reaching a lost world. The bottom line — programs and positions mean nothing without passion. Passion is a key determinant in winning a lost world to Christ.

The journey Jesus made across the Sea of Galilee was not about dramatizing His power or revealing the frailties of His disciples. Jesus’ purpose in making the journey was to render deliverance to a naked maniac in a graveyard. This reveals much about the heart of Christ.

As Jesus stepped out of the boat, the spirit that controlled the man identified with the spirit of Christ. Jesus, being full of the Holy Spirit, was not only a leader in the physical realm, but in the Spiritual realm as well. Jesus was known in hell.