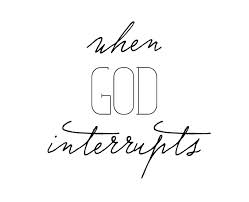 One of the saddest songs ever written is entitled THE SILVER SPOON. It is the story of a father who never had time for his son while the boy was growing up. The dad had too many things to do, jobs were too important, he was too tired, and, he just did not have time to be interrupted with trivial things the boy needed. As the boy grew older, he married, and moved away. The father now had plenty of time and called his son. The Father asked the son to take time to come home. The boy replied that he was just too busy. It finally dawned on the father that his boy had grown up to be just like him!

We live in a busy world. A recent NEWSWEEK article entitled, “Exhaustion of America” analyzed how busy the American public really has become. Regardless of our position in life we are much busier than past generations. I remember my grandmother talking to us boys one day about how life was when she was raising a family. I laughed then, but I don’t anymore. She and my grandfather raised 10 children as sharecroppers in East Arkansas during the depression. I remember her telling me about plowing with mules all day or picking cotton all day. They did not have the modern conveniences we have, and in fact did not even have some of the things we take for granted. There was no running water in the house, no inside rest room, and no electricity way back then. I don’t think we could exist today without those basics.

Amazingly at the end of a full day’s work, they got the kids cleaned up in a standard Number 3 wash tub (if you don’t know what a Number 3 wash tub is, ask some of the older folks in your church), hitched up the mules, loaded the wagon, and rode down the dirt road 10 miles to the revival at church. I recall her telling me that this was not only one night a week, but they would do this every night for two or three weeks! And today we have to schedule a revival around our schedules because our schedules are so full. Something’s wrong.

I admire my grandmother. At the time I am writing this, she is still living and even though she is in her 80’s, she still takes an active part in church and attends the Camps at the Arkansas Campground each summer. She never has felt that serving God was an interruption in her life. In fact it has been and still is the most important thing she does (well, she does think it’s important to talk to her grandkids). I began thinking about this and noted the results of her commitment.

She has three sons, several grandsons, and a great-grand son in the ministry. Most of the rest of her family is in the church today. It never should become an interruption in our lives to include God. If it won’t, we will see results well into future generations.

The same can be said for the House of God. We must remember that we attend the HOUSE OF GOD to worship GOD and be ministered to by the MAN OF GOD. This statement tells me that GOD is the most important thing about the sanctuary!

If we are not careful, we are so busy when we come to the house of God that we program God out! We make sure we have the service well organized, the singers are well prepared, the music is conducive to the worship, and the preacher has the best possible sermon available. I am not against being organized as this is my nature, but if we allow ourselves, we will forget why we even came to the House of God.

While all the activity is important, the most important thing is to be visited by God during the service. We must not be too busy to be interrupted by the presence of God!

We all dislike interruptions in our lives. I could get more accomplished IF the phone did not ring so much. I get interrupted too much and as a result I get frustrated because of my lack of accomplishments. However, interruptions are a part of life and we must accept them.

In that same frame of thought, we should not be irritated when God wants to interrupt our beautifully, planned services! We can allow our response to God to be that of our response to the normal interruptions of the day…we become irritated and upset! We can feel we have it all planned, but sometimes God knows best. God is sovereign and knows what you and I need. He knows that to interrupt our service with His presence is the best thing that could happen to us that day.

When I come to the House of God, I should be concerned that everything is planned and organized in order for the service to be conducted decently and in order. However, if God wants to move in a direction that is not in my plan, I must not be irritated at God’s interruption. As church members, we must be sensitive to the moving of God’s Spirit. We don’t know what’s best in every situation, but He does! God has purposes and reasons that don’t need explanation …just acceptance by His people.

God wants to demonstrate His divine love and care for those who attend the service. He has specific plans to touch lives and reach out to the hurting and weary. His purpose is very definitive. He knows the exact condition of every person in each particular service, and He knows exactly what needs to be done so that person can be ministered to and helped. Isn’t that the reason we open our doors to outsiders?

God needs to give us a distinct awareness of His plans and allow us to be sensitive to His will. I can’t afford to become irritated because of the way God moves. It may not be what I think, and I may not personally feel I need God to move in that particular manner. But someone does.

Don’t let me become irritated if the preacher repeats something during a particular service. The sermon may not be required for my growth, but someone in the service may be longing for the words coming forth in that service. I must be sensitive to the needs of people and allow God to interrupt the normal flow to benefit those people. If the minister is attempting to reach a sinner, let me as a saint, be aware of how God is attempting to reach that sinner, instead of appearing to be bored with what is happening.

We need to surrender to God’s sovereign wisdom so people can be assisted in the church service. God’s love is so strong that he wants everyone to receive something special. God will so plan the flow of the service to meet those requirements. His plans are far more significant than any I could organize.

The great baseball catcher, Yogi Berra of the New York Yankees, played a game in which the score was tied with two outs in the bottom of the ninth inning. The batter from the opposing team stepped into the batting box and made the sign of the cross on home plate with his bat. Berra was a Catholic also, but he wiped off the plate with his glove and said to the batter, “Why don’t we let God just watch this game?”

That may be great advice when playing baseball, but it is horrible when applying it to the way we operate within the walls of the sanctuary. Unfortunately, that is too often the way we do things. WE plan the service; WE practice the songs; WE study for the sermon; WE do it all, and too often we leave God out!

He does not want to become an outside spectator in the House of God. He wants to be involved and participate. If we are not sensitive to this, we can leave God completely out of the planning and operation of the church. And what church is successful if the leader is not leading?

The above article, “Don’t Interrupt Me” was written by Aubrey L. Jayroe. The article was excerpted from Jayrore book Etiquette in the Sanctuary.

1 thought on “Don’t Interrupt Me”