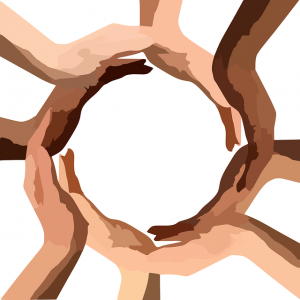 More than ever before North America is considered the melting pot of the world. The second North American Multicultural Summit was held at the Sanctuary United Pentecostal Church in Hazelwood, Missouri, in June 2014. Various ethnic groups from the United States and Canada gathered to combine efforts to reach the lost world from within our borders. No longer is it necessary to travel to foreign lands to reach other cultures. They have come to us.

Our continent has been blessed by God because many of the inhabitants embraced His laws and endeavored to live by them. Other nations, following ungodly principles, have struggled to survive.

Much of the world looks to us in awe because of our technology and affluence. Just as the early 1700s found thousands of immigrants traveling to these shores in search of peace and a better lifestyle, so in this age the immigration continues.

Multicultural Ministries endeavors to embrace foreign students and immigrants so that as they attend school, learn new jobs, and better their lifestyle they will also learn about Jesus Christ. Thousands are repenting, being baptized in Jesus’ wonderful name, and being filled with the Holy Ghost. They are enthusiastic new converts who have found what they’ve been looking for. Those who return to their countries remain connected to our churches here through social media and become evangelists over there.

The 2014 Multicultural Summit brought a powerful awareness of opportunities brushing our fingertips. With English being the prevailing language of the world, many are eager to learn and it is easy to offer English lessons, friendship, and of course the salvation plan according to Acts 2:38. Immigrants who arrive on our shores are helped by organizations such as World Relief. These organizations are actively pursuing volunteers who will join them in working to naturalize these immigrants. If church members volunteer to do this work, we can fill our churches, and we canâ€”through the immigrantsâ€”em-brace the world, reaching the nations with this precious gospel:

End-time revival is a must as we look for the soon coming of our Lord Jesus Christ. Those who embraced the new birth in the first century turned their world upside down. It is exciting to feel that same fire burning in our souls as we reach for the lost souls of our century. The social media of this age makes it almost effortless to reach farther than we ever dreamed possible just a few short years ago.

In years past we printed literature to be shipped overseas and then distributed it; later we bought printers and began to print literature overseas in many locations and in many languages; today, people around the world read from screens. Websites, Twitter, Face-book, and other social media connectors send messages in rapid fire around the world.

Multicultural Ministries has developed a website, www.globaltracts.com, where hungry souls from around the world can search the Scriptures in their own languages and find answers to their most urgent needs. As we reach for others who speak a language we do not understand, we can point them in the right direction. Even though we do not know the language well enough to explain, the web-site can help them find the God we know and love.

Recently, a Facebook friend whom I have been working with and who lives in another country, called on the phone and asked that we pray with her ailing father. “He doesn’t know English,” she explained, “but if you will just pray with Him and speak with tongues I believe he will be healed.” Modern methods make this kind of evangelism possible.

The 2014 Multicultural Summit embraced various facets with combined sessions and breakout sessions to facilitate training. Those who have succeeded in reaching immigrants, foreign students, deaf, and others provided powerfully anointed tools to those who attended.

The general sessions motivated us to become more involved, to overcome the strangeness and the difficulty we face when dealing with unfamiliar ethnic groups. The anointing transmitted by the leadership and the vision cast to embrace the world as we labor within our borders catapulted us as a body of believers into powerful times of prayer and dedication and commitment. The weeping and the heart-wrenching burdens we contracted around the altars attached themselves. Our lives have been changed and we will never be the same. The irritation we once felt while deciphering the broken English spoken by those who are reaching in our direction has been changed into the excitement of a new horizon full of opportunity to reach a lost and dying world.

As we accept the challenge to take advantage of the influx of foreign students and immigrants, compassion floods our souls and gives us hope that through Jesus Christ we can make a difference.

Let’s turn our world upside down with the gospel of Jesus Christ!