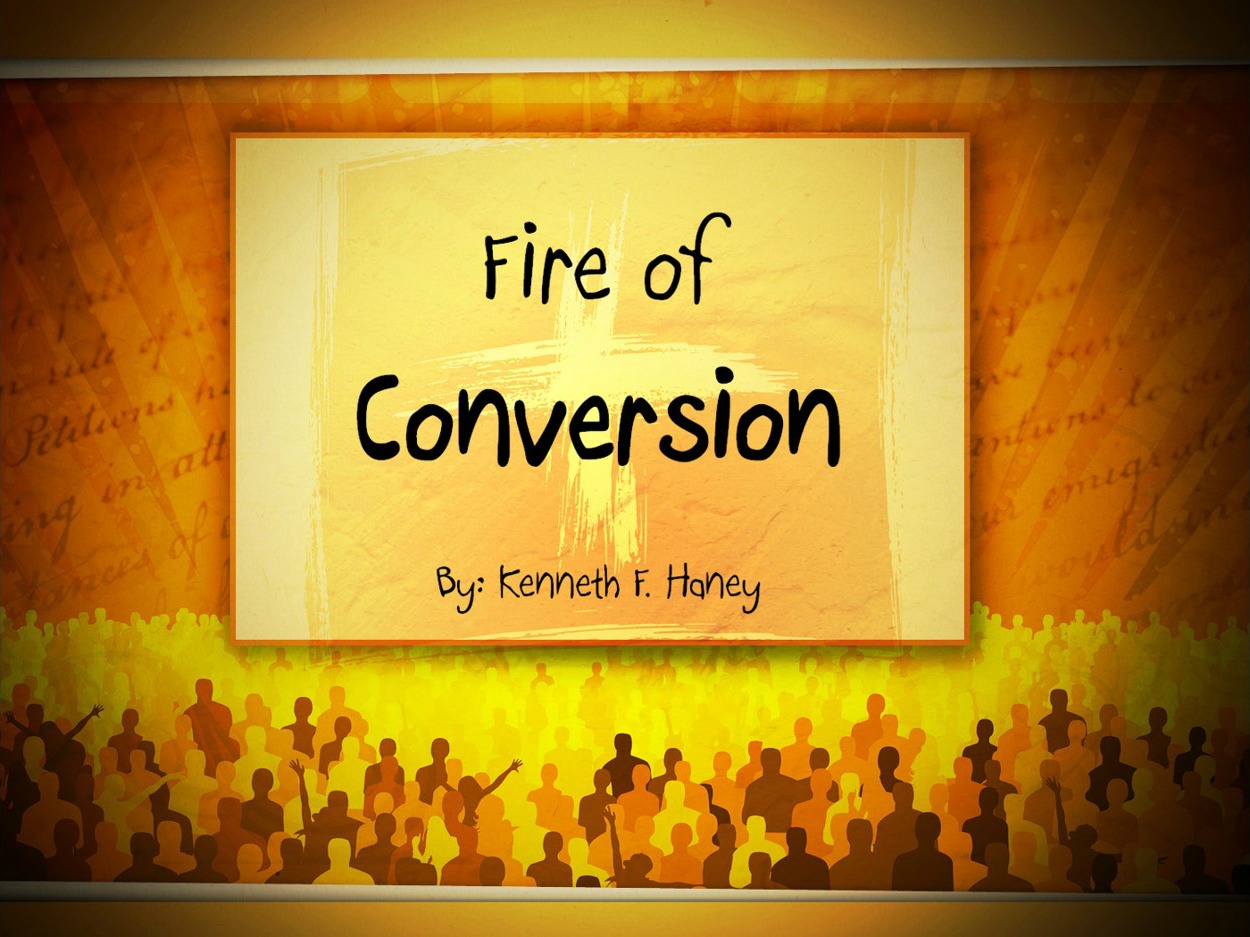 The same language, in which, during His earthly ministry He spoke to Peter and John, to the blind man by the walls of Jericho, to the woman who washed His feet with her tears—the same sacred language was used when He spoke from heaven to In persecutor on earth. “Saul, Saul, why persecutest thou me?” (Acts 9:4).

“The church was built to disturb the peace of man, but – does not perform its duty for fear of disturbing the :he church. What kind of artillery practice would that declined to fire for fear of kicking over the gun or waking up the sentries asleep at their posts?”

Jesus told Peter that he would be converted. He would be from his fickle self into a spiritual dynamo. “But I have prayed for thee, that thy faith fail not: and when thou art converted, strengthen thy brethren” (Luke 22:32).

Jesus knew the transforming power of conversion. Something happened that caused Peter to be able to strengthen others. It was the baptism of Holy Ghost and FIRE in Peter’s life.

Many others also were converted as the FIRE spread in Jerusalem. The FIRE caused a hatred to well up within the hearts of the religious leaders and leaders of the Sanhedrin. Persecution began and Stephen became the first martyr of early Church.

After the death of Stephen the persecution still raged in Jerusalem. Pharisees and Sadduccees, priests and people, alike were engulfed with violent and ungovernable fury. T eminent and active agent in this persecution was Saul. He invaded the sanctuaries of domestic life, entering every house_ tearing people from their homes and imprisoning them. Acts 8:3 declares, “As for Saul, he made havock of the church entering into every house, and haling men and women committed them to prison.”

Even at Damascus Anaias had heard, ” . . . how much evil Paul had done to Christ’s saints at Jerusalem” (Acts 9:13 A. From such cruelty, and such efforts to make them deny that Name which they honoured above all names, the disciples naturally fled. In consequence of “the persecution against the Church at Jerusalem, they were scattered abroad throughout the regions of Judaea and Samaria.” The Apostles only remained (Acts 8:1). But, contrary to what one might expect, this dispersion led to great results. The moment of lowest depression was the very time of the Church’s first missionary triumph. “They that were scattered abroad went every where preaching the word” (Acts 8:4).

On a desert road on the north of Palestine, from the border of Arabia near Gaza to its border near Damascus, Saul determinedly followed the Christians.    “And Saul, yet breathing out threatenings and slaughter against the disciples of the Lord, went unto the high priest, And desired of him letters to Damascus to the synagogues, that if he found any of this way, whether they were men or women, he might bring them bound unto Jerusalem” (Acts 9:1-2).