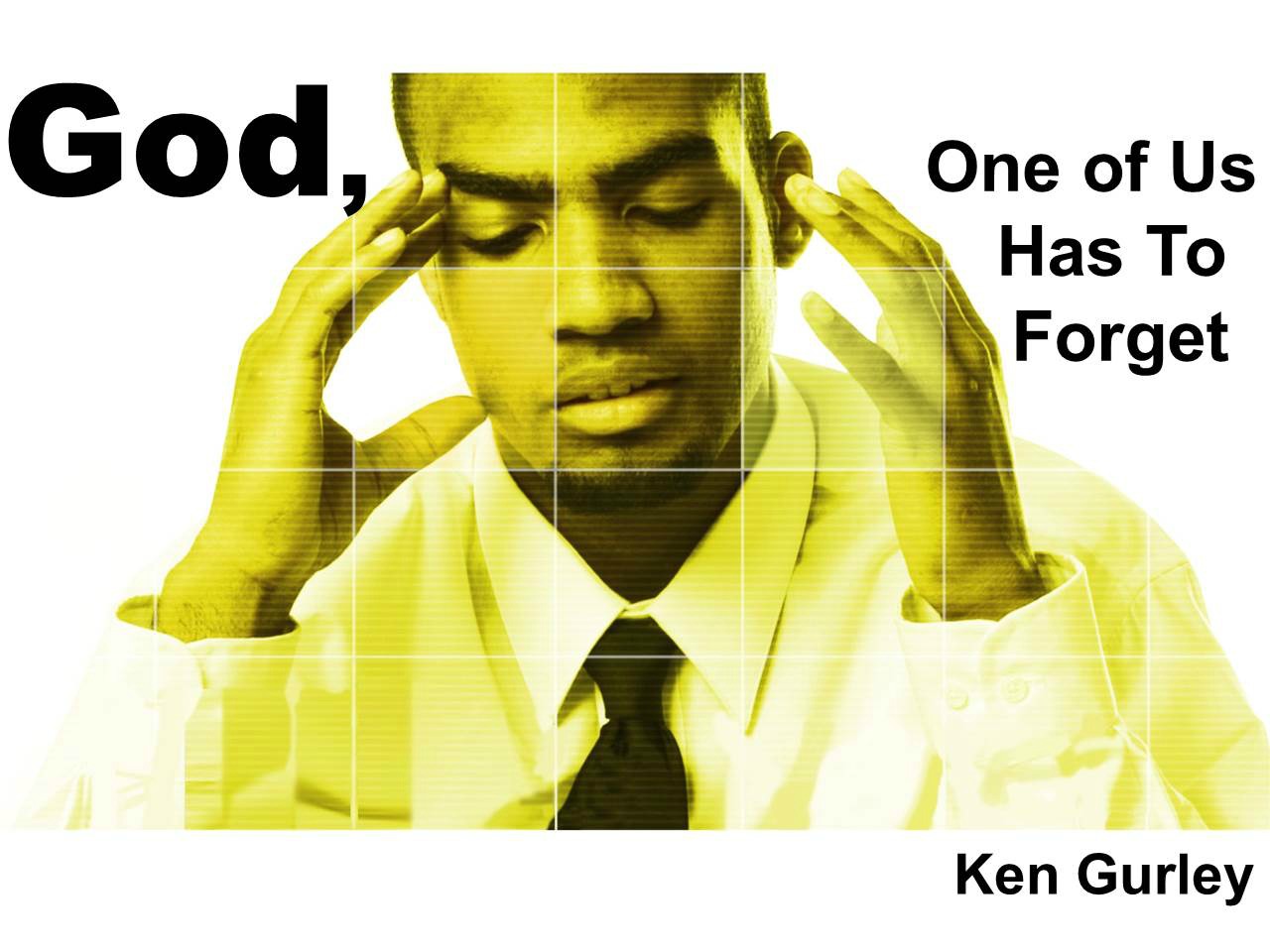 What do we normally choose to remember? Each of us has a trophy room in our lives. We want people to gaze into it. We want them to see our successes and our accomplishments. Look at the trophy room, but please don’t look at our room for failure. We float our victories, but sink our failures. In a seeming contradiction in Scripture, Paul argued for the exact opposite.

Comments: A chief role of the Old Testament priest was the absolution of individual and corporate guilt by the means of animal sacrifices. While Christ in His once-and-for-all sacrifice at Calvary remedied this, people still live in guilt and condemnation. It is the role of today’s preacher to help people apply Calvary’s remedy to their daily lives. We teach people to forgive and to be forgiven.

In this message, I don’t take the normal tack of “take it to Calvary and forget about it.” I explore one of the chief motivating factors of the apostle Paul — what he chose to remember. The sermon centers on the seeming contradiction between two of Paul’s statements found in our texts. Apparently, Paul learned how to let his remorse work for him rather than against him. Perhaps, it is worthy of our emulation.

I bring you a true story, a story of two ships. Each was named after one of the fifty states. Each was a battleship. Each saw action during the Second World War. Yet, for our purposes, the similarities end there. One saw action on the first day of the war, while the other saw action on the last day of the war. The fates of each were very different. One lies in defeat at the bottom of a harbor, the other floats a few hundred yards away, a victorious monument to the massive effort put forth by the United States to win the war.

If you haven’t guessed already, the name of the first battleship is the USS Arizona. On Sunday morning, December 7, 1941 —a day that lives in infamy — Navy crewmen prepared for worship services. Waves of Japanese bombers flew across the Hawaiian Island of Oahu towards Pearl Harbor, home to the United States Pacific Fleet. The bomber pilots ignored lesser targets and focused their attention on the kings of the seven seas, the battleships parked on battleship row. Like the roll call of states: the Oklahoma, the California, the Nevada, the West Virginia — each was attacked. Yet, they fade in comparison to the sinking of the Arizona. The average age of the nearly 1200 crewmen was 23 years; they all sank on this ship. The ship remains where it sank.

Floating a few hundred yards away is the second ship: the USS Missouri, the Mighty Mo. It joined the Pacific Fleet close to the end of World War II. It would later do battle in the conflicts of Vietnam, Korea, and the Persian Gulf. But, its supreme moment was on this very day, September 2, some fifty-six years ago. While anchored in Tokyo Bay, delegations from the Allied and Axis powers met on Mighty Mo’s decks. Here, the Japanese surrendered and the Second World War became history.

Not long ago, our two ships came very close to each other. The Missouri now floats close to the Arizona. Her guns drop in salute to her sunken comrades on the Arizona.