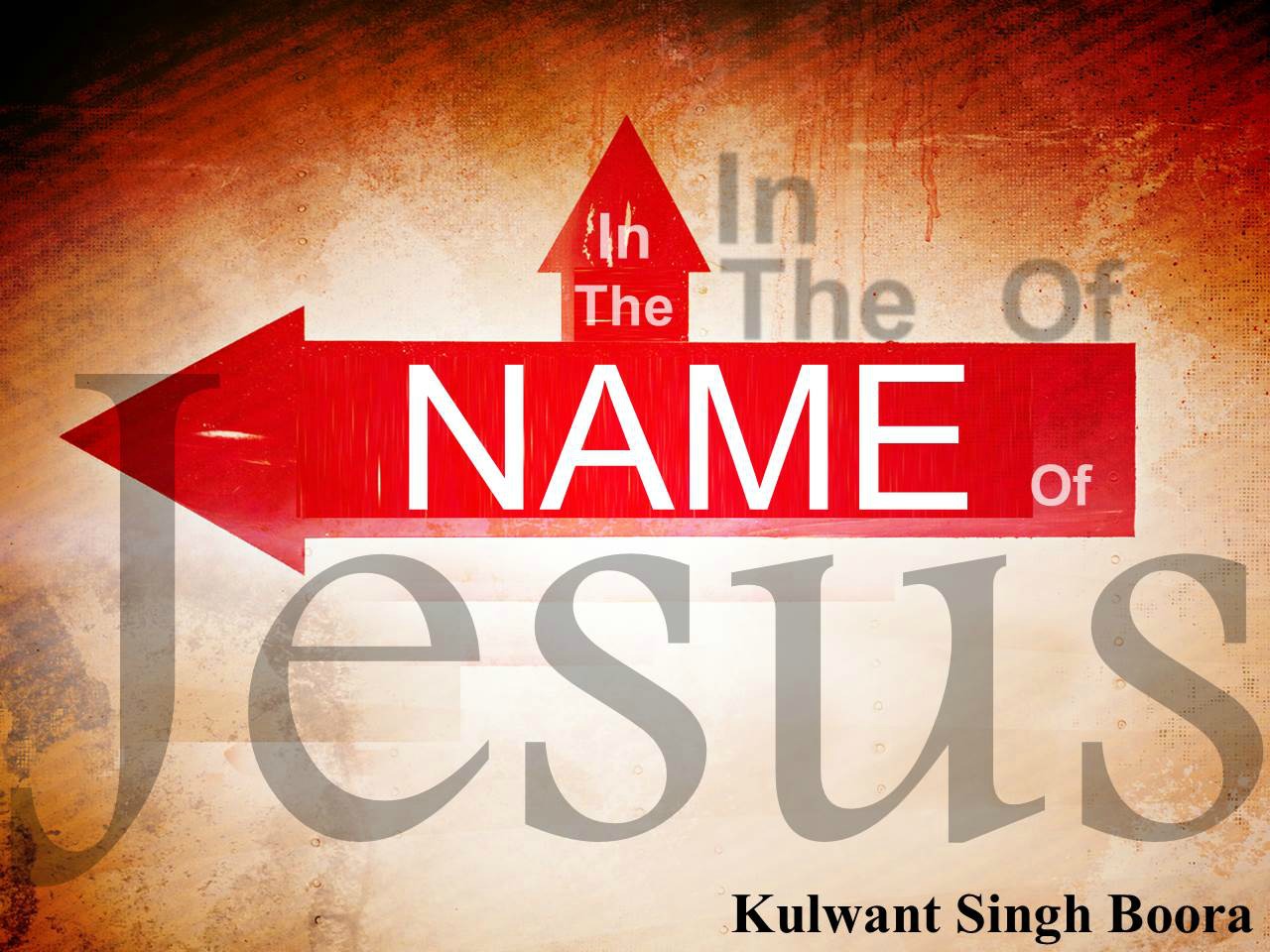 The baptize someone in the name of Jesus, means to invoke the power of Jesus and to pass such a person into the personal property of Jesus. That is why the Bible is clear; as the Apostle Paul stated whatever you do, do ‘all’ in the name of the Lord Jesus, including baptism, Colossians 3:17, for it is this name that invokes the power. Additionally, Ziesler, notes that: “baptism in the name of Jesus Christ is about becoming Christian.”

In the Name of Jesus

In the Name…- Outline

In The Name of Jesus PowerPoint

The phrase “in the name of” Jesus occurs five times in the New Testament and is found primarily in Acts of the Apostles and the Gospel of Matthew. But before addressing this, it should be noted that one fundamental belief lies at the core of the use of the name in ancient times, and other beliefs and practices that stem directly from it. The belief in sum is essentially that the name is equivalent to the person, object or higher being which it applied to.

“Like all primitive peoples, the Chaldaeans confounded the person and the name by which he was known. The name, in fact, was the personality, and whatever happened to the name would happen equally to the personality.”

Even the ancient Egyptians believed that a man’s name was as much a part of him as his soul, and if the name was the object of a curse it brought down evil upon the owner. They also believed that the names of the gods of Egypt were equivalent to the gods themselves. This point may explain why in ancient times people generally avoided uttering the name of a god, since merely pronouncing it might summon its possessor who would take summary vengeance on discovering that he had been lightly invoked.

This mechanism of identification of a name and person is not limited to any civilization, people or countries. However, Hans Bietenhard rightly observed that: “In the faith and thought of virtually every nation the name is inextricably bound up with the person, whether of a man, a god or demon:” It appears then that the name of a person had everything to do with him, his personality, character and demeanor. The late renowned F.C. Conybeare notes that by knowing a name a person obtained power:

“In Arabic tales the first thing to do with a gin or spirit is to find out his name, as a preliminary to availing yourself of his power. Thus it is that in old Georgian, Sakheli, the word for name, means, that which gives power.”

For the readers interested on detailed information on this subject see: Robert T. Osborn, `What Is In a name? St. Vladmir’s Seminary Quarterly 12 (1968); Wilhelm Heitmueller ‘Im Namen Jesu’ Vandenhoeck & Ruprecht, Gottingen (1903); Theological Dictionary of the New Testament by Hans Bietenhard; the author is also grateful for the work of Roger W. Kelcy, “In The Name of” Jesus: A Study Of The New Testament Phrase, Abilene Christian University (May 1995) which provided some assistance on writing this chapter and abstracts, the author highly recommends that anyone wanting a detailed understanding of this subject “In The Name of” should review this work.

In the Name of Jesus

In the Name…- Outline

In The Name of Jesus PowerPoint