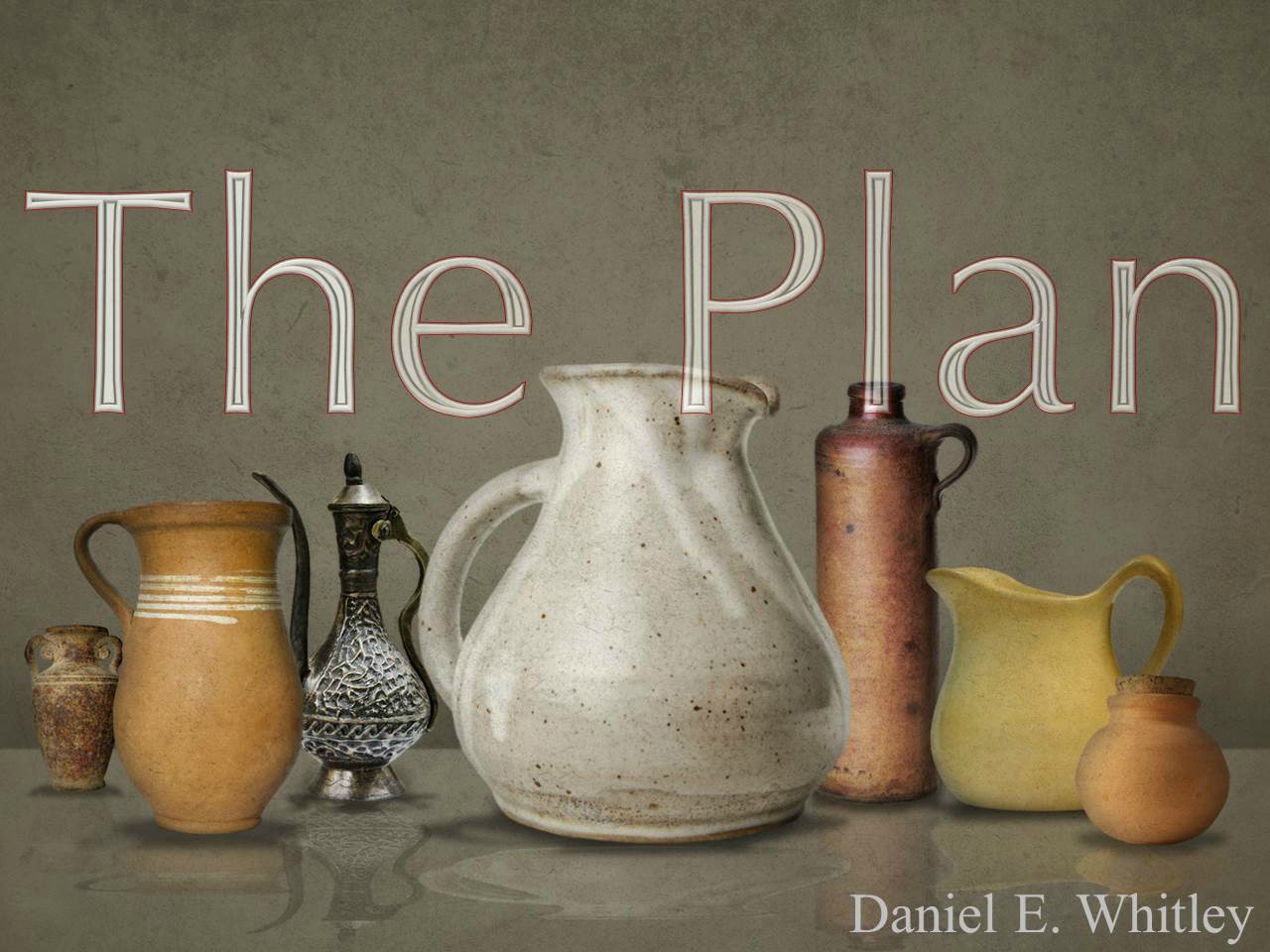 The pitcher had one purpose and one purpose only. It was perfectly suited to carry out this purpose. It was designed to conceal the light of the lamp, allowing these three hundred men to move undetected through the darkness until they reached the most strategic time and position, the place they were called and ordered to; then its only purpose was to break.

The Scripture states that the things which were written in the Old Testament were written for our learning. Allow me to tell you one thing that I have learned from an Old Testament account which I read in the Book of Judges. This is the story upon which this book will be based. It is found in Judges, chapters six and seven. For the purposes of this book, I will begin halfway through the story.

Israel was surrounded by the Midianites and under siege; the Midianites were descendants of the children of Abraham which had been sent away into the wilderness with Ishmael. They were marauding, nomadic people who roamed the wilderness of Arabia in a very loosely knit civilization. They were the first people to learn to domesticate camels, which gave them great mobility in the desert and considerable strategic advantage. They had laid siege on Israel, supply lines had been severed, crops and other provisions had been destroyed.

God finally persuaded a reluctant leader, whose name was Gideon, to at least attempt retaliation before they all starved to death. This is the point at which we pick up the story.

Gideon began to organize an army. Inspired by his leadership and required by necessity, thirty-two thousand men assembled themselves for the defense of their nation. I guess that was a pretty good start; however, the only thing worse than being afraid in battle is being afraid before the battle ever begins, which most of them were. God said to Gideon, “Send them home if they are afraid.” Twenty-two thousand of them, convinced of their own defeat, were gone before He had a chance to change His mind.

It might interest you to know that the Midianites numbered in the tens of thousands. Actually, it was a number that the Israelites could not calculate. They were described in the Book of Judges as resembling a plague of grasshoppers. This was due to their sheer numbers as well as the efficiency with which they destroyed the crops of the Israelites.

God, however, did not even want the Israelites to have ten thousand soldiers. So they went to the water. There they underwent a rather peculiar test; they went to the river for a drink and were vetted based on the method by which they drank. Those who drank with their faces down in the water were dismissed. Those remaining upright, who scooped the water with their hands, passed the test and were retained. The bad news was that there were only three hundred of them. Only three hundred of them passed the test.

God had whittled a thirty-two-thousand-member army down to a militia of a paltry three hundred men. Then He took away their weapons. Okay, I understand. He didn’t want anybody thinking that their eventual victory would be won because of numbers or weaponry or skill or any of the elements by which conventional battles are won. So I guess in that light it makes a little sense to me. . . . Maybe.