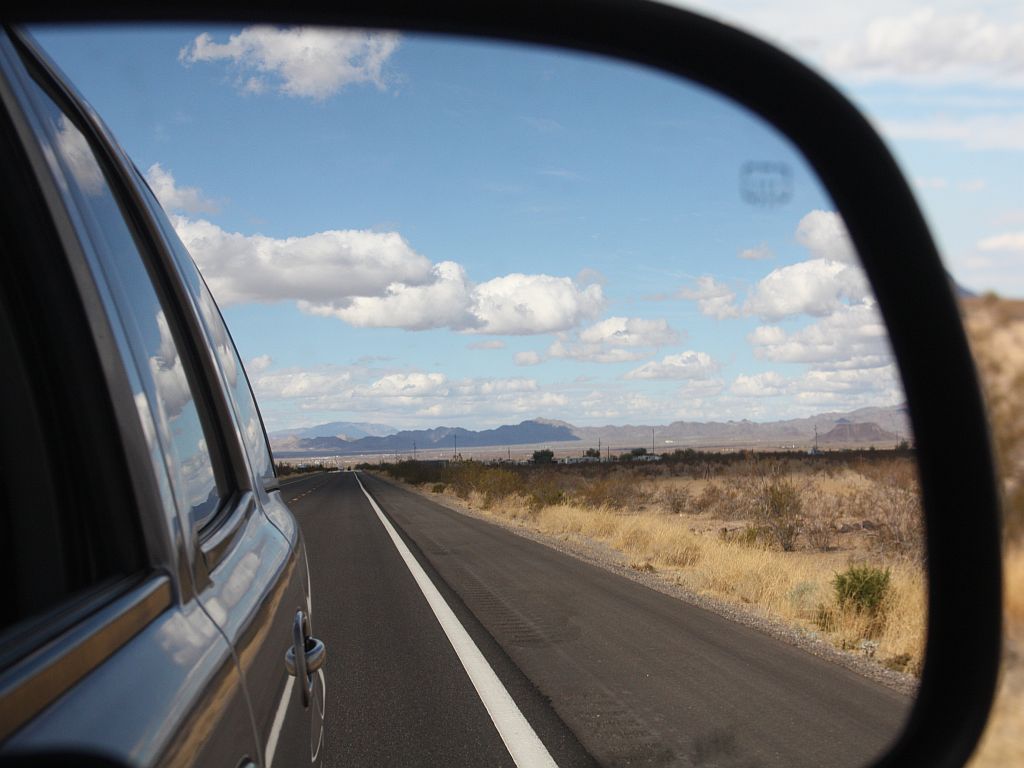 Remove not the ancient landmark, which thy fathers have set. — Proverbs 22:28

Every man in Israel was a landowner; that had to be maintained so that his sons could have an inheritance. It was customary to mark boundaries of lands and properties with estate cornerstones. In these times, to remove these landmarks was not a difficult task and it if it could be proven it carried a severe penalty. Cursed be he that removeth his neighbour’s landmark. And all the people shall say, Amen. Duet 27:17

We have been handed down by our fathers, the old-time preachers, a rich spiritual inheritance of truth. We can not let the modern day fads and changing trends remove these landmarks of truth in our lives. There are some of our neighbors who would like to move the landmarks of truth so that they can have the rich soil of man’s heart. They want it so they might build summer houses of false teaching to house the multitudes in much the same way Ahab wanted Naboth’s vineyard. (1 Kings Chapter 21) Some of these neighbors are agnosticism, rationalism, humanitarianism, and religious traditionalism. Traditionalism is a belief or behavior passed down within a group or society with symbolic meaning or special significance with origins in the past.

Let us look at this last neighbor because many times we who hold to old-time values are accused of being like him, when in fact we hold firm to “Biblical” tradition. They say it is nothing more than an attraction to the past. My question is this: was it just an “attraction to the past” when Moses took the bones of Joseph with him when he left Egypt? Or did it have a different meaning?” And Moses took the bones of Joseph with him: for he had straitly sworn the children of Israel, saying, God will surely visit you; and ye shall carry up my bones away hence with you. (Exodus 13:19) Was Moses making sure that this last will and testament of Joseph was carried out? Was he making sure the deal that the children of Israel made was made good? Or was there some deeper meaning concerning the carrying away of Joseph’s bones?

Having the bones of Joseph in the camp of Israel was like hearing that old, old story preached one more time. It meant the children of Israel kept with them the promise and grace of God that Joseph spoke about in verse 19. There was an advantage of having Joseph’s bones with them to remind them of the great providence of God. The bones were not only a reminder of great power in Israel’s past, but were also a promise of their future. The bones were a reminder that God would be with them just as He was with their forefathers. When it is said “we need to do things like the old-timers did it”, we are not just being attracted to the past because of a simpler life. Instead, if we will preach what they preached and prayed like they prayed, we can have the power like they had. When we sing songs like The Unseen Hand, it is not just an attraction to the past but it tells the story of Joseph and every old-time preacher that helped to pave the way by faith to bring us to the place where we are today. If they had not trusted in that unseen hand, we would not have the rich inheritance of Pentecost that we do today.

Those never forgotten moments of yesteryear should not be mocked by this modern generation, but should be remembered and respected. Because of them, we now have bigger churches and see things that the old-timers could only hope to see. We need an old-time move of God in our lives, our homes, our cities, and our churches. Is it just an attraction to the past or is it still a promise of what God can do in our future if we would search out the old paths. Thus saith the LORD, Stand ye in the ways, and see, and ask for the old paths, where is the good way, and walk therein, and ye shall find rest for your souls. But they said, We will not walk therein. (Jeremiah 6:16)

Was it just an attraction to the past that made the Rechabites follow the words of Johadab for 250 years? They did well by doing the commands of their forefather Johadab. And I brought them into the house of the LORD, into the chamber of the sons of Hanan, the son of Igdaliah, a man of God, which was by the chamber of the princes, which was above the chamber of Maaseiah the son of Shallum, the keeper of the door: And I set before the sons of the house of the Rechabites pots full of wine, and cups, and I said unto them, Drink ye wine. But they said, We will drink no wine: for Jonadab the son of Rechab our father commanded us, saying, Ye shall drink no wine, neither ye, nor your sons for ever: Neither shall ye build house, nor sow seed, nor plant vineyard, nor have any: but all your days ye shall dwell in tents; that ye may live many days in the land where ye be strangers. Thus have we obeyed the voice of Jonadab the son of Rechab our father in all that he bath charged us, to drink no wine all our days, we, our wives, our sons, nor our daughters; Nor to build houses for us to dwell in: neither have we vineyard, nor field, nor seed: But we have dwelt in tents, and have obeyed, and done according to all that Jonadab our father commanded us. There is some evidence that Johadab may have helped Jehu in the extermination of the evil family of Ahab. (Jeremiah 35:4- 10)

The reason for these two commands, the drinking of no wine and living in tents instead of houses, seemed to have something to do with the religion of Baal. Baal worship was prominent in the day of Jonadab. These two commands were not necessarily sins (we all know it is not a sin to live in a house), but, rather, it was a principal given by their forefather Johadab that protected them and their families from ever going in the direction of idolatry. In verse 19 Therefore thus saith the LORD of hosts, the God of Israel; Jonadab the son of Rechab shall not want a man to stand before me for ever. Jeremiah 35:19) This verse was used as a testimony against the house of Israel because they had rebelled against the commands of God and had fallen into such a backslidden state that God was sending Nebuchadnezzar to conquer Israel. The ones who had heeded the commands of their forefathers never ceased forever be before the Lord. It was more than just an attraction to their past.

Today, we need to hold fast to the sermons and standards that our forefathers handed to us, because it’s more than just an attraction to the past: it’s assurance of a place before God.