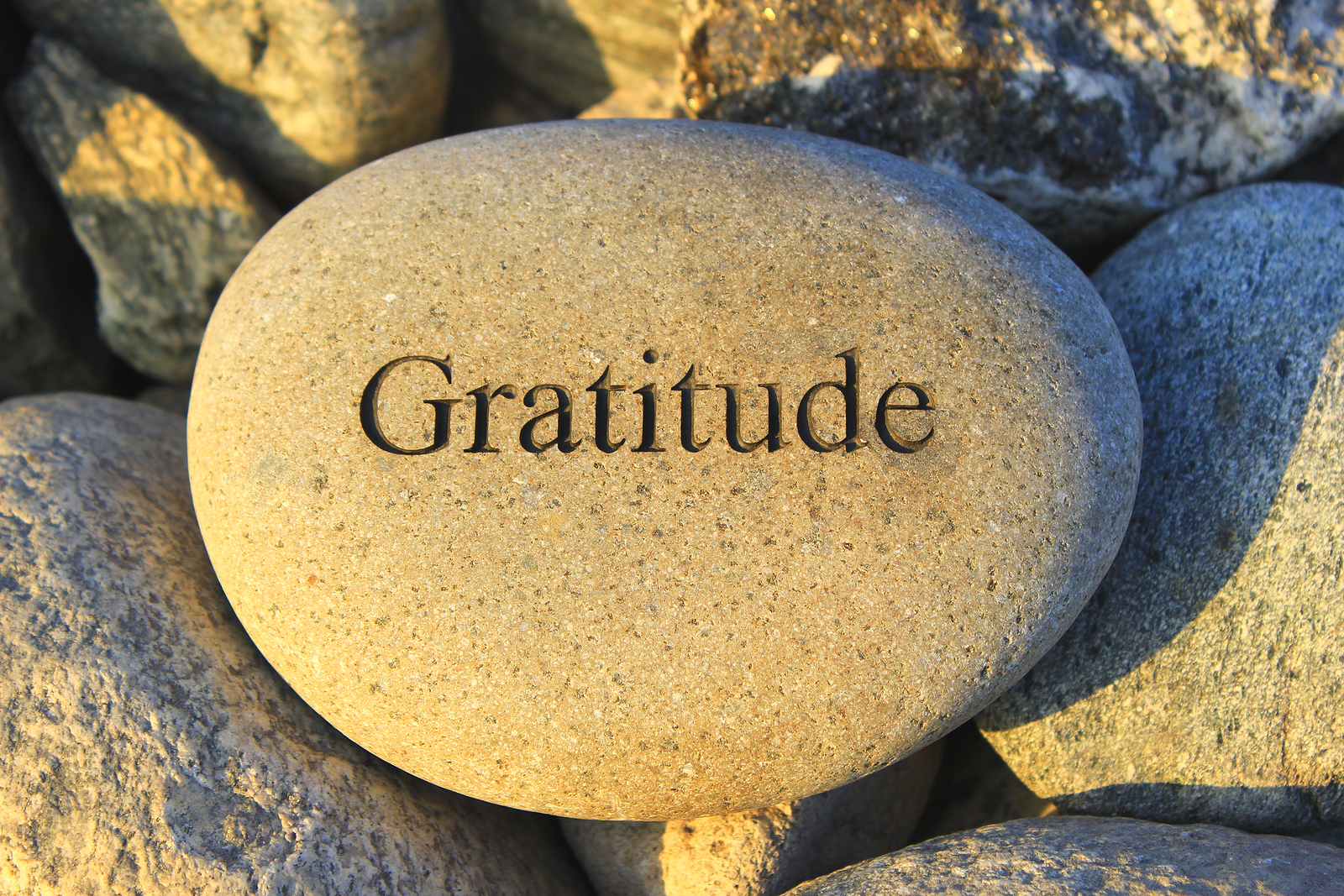 And let the peace of God hearts, to the which also ye are called in one body; and be ye thankful. Let the word of Christ dwell in you richly in all wisdom; teaching and admonishing one another in psalms and hymns and spiritual songs, singing with grace in your hearts to the Lord.  And whatsoever ye do in word or deed, do all in the name of the Lord Jesus, giving thanks to God and the Father by him (Colossians 3:17).

This passage of Scripture begins with “be ye thankful” and ends with “giving thanks to God.” According to Dictionary.com the meaning of “thankful” is “feeling or expressing gratitude; appreciative.” In the midst of plenty it is a simple matter to become accustomed to an excess of necessities and blessing. Particularly in our country it is a simple matter to accept the present bountiful provision as one’s inherent right and neglect to acknowledge the God who makes it available.

America has been greatly blessed since it became a nation. Our money carries the inscription “In God we trust;” that trust has resulted in a nation that has been the leading world power almost since its inception.

World finances have been based on the dollar for many years. Our legal system was developed from the Ten Commandments and has withstood four centuries of human innovation. The Founding Fathers acknowledged their need of God and subordinated themselves to Him; evidences of their trust in God lie in the Declaration of Independence, the Constitution, legislation from the

Continental Congress, early Supreme Court rulings and multitudes of public and private documents that have been preserved.

The appreciative acknowledgement of God in American life can be clearly noted in American Thanksgiving celebrations. In 1621, approximately fifty surviving Pilgrims in Massachusetts gathered with about ninety of their Indian friends to give thanks to God for their first harvest of food. Since that time, Thanksgiving celebrations have been an annual event in American lives. Over the years the religious aspects of the holiday have been overshadowed by the secular happenings; however, it is still observed on the fourth Saturday of November.

It is important that our country maintain an attitude of gratitude! This country has been great because it was founded on a solid foundation (Matt 7:2425). The floods of evil and winds of iniquity that have beaten against the nation have been repelled because of our Godly foundation. It is imperative that praise and thanksgiving be offered to God in order that America continue to receive the benefits with which we have been favored. If the Godly foundation of this nation crumbles into sand, the nation will be destroyed, and ‘great will be the fall of it”(Mat 7:26-27). “If the foundations be destroyed, what shall the righteous do?” (Psa 11:3) We are currently observing a deliberate effort by many in our country to remove God ‘from the public square.’ Our nation has kicked God out of our schools, ignored His principles regarding life in the womb, accepted and encouraged immorality, promoted practices that He despises, and removed monuments to truth and justice. The Chief Justice of the Alabama Supreme Court, elected by an overwhelming majority of the people, was removed from office by an order from one Federal judge. His terrible crime? He dared to display a plaque listing the Ten Commandments. As this article is being written, a stone monument displaying the Ten Commandments was removed from public property in Oklahoma late at night. In California a governmental organization was ordered to remove a large cross that had stood for many years honoring dead men. Our nation is denying our heritage; unless there is a return to thankfulness, we will soon relinquish the blessings of God that have made us great. There is no official gratitude to God for the blessings he has poured on this nation; rather, it seems that He is confronted with ingratitude on every side.

Where are the thankful ones, the men and women who will promote an attitude of gratitude? Unless the so-called `silent’ majority arises and approaches God with a humble heart and an appreciative spirit, we will continue down this dead end street! A grateful country is, of necessity, composed of grateful people. What can be done to inspire a renewed attitude of gratitude in America?

Gratitude begins in the mind; it is an attitude. There must be a mental processing of facts that demonstrate the positive aspects of life. Meditation is a strong tool that inspires gratefulness (Psa 1:2-3). For instance, consider this statement: the person who attends church with me who has the least possesses more than the average worker in the third world nations! And, a minimum wage worker would be well-to-do in third world nations. Those thoughts should inspire an attitude of gratitude!

An attitude of gratitude is evidenced outwardly; it is demonstrated by actions. Gratitude toward God should inspire men and women to serve God. The individual who believes that God is good will be motivated to repent, be baptized in Jesus’ name, and be filled with the Holy Ghost. Conviction, baptism, conversion and transformation are a product of an attitude of gratitude!

Paul instructed the Colossian Christians that they were called to a peaceful heart and thankfulness. He shared four secrets of an attitude of gratitude: (1) Study His Word, the Bible; (2) Worship in song; (3) Do all in the name of Jesus; (4) Give thanks.

Let us strive to develop and display an attitude of gratitude to those we encounter as we pass through this life.