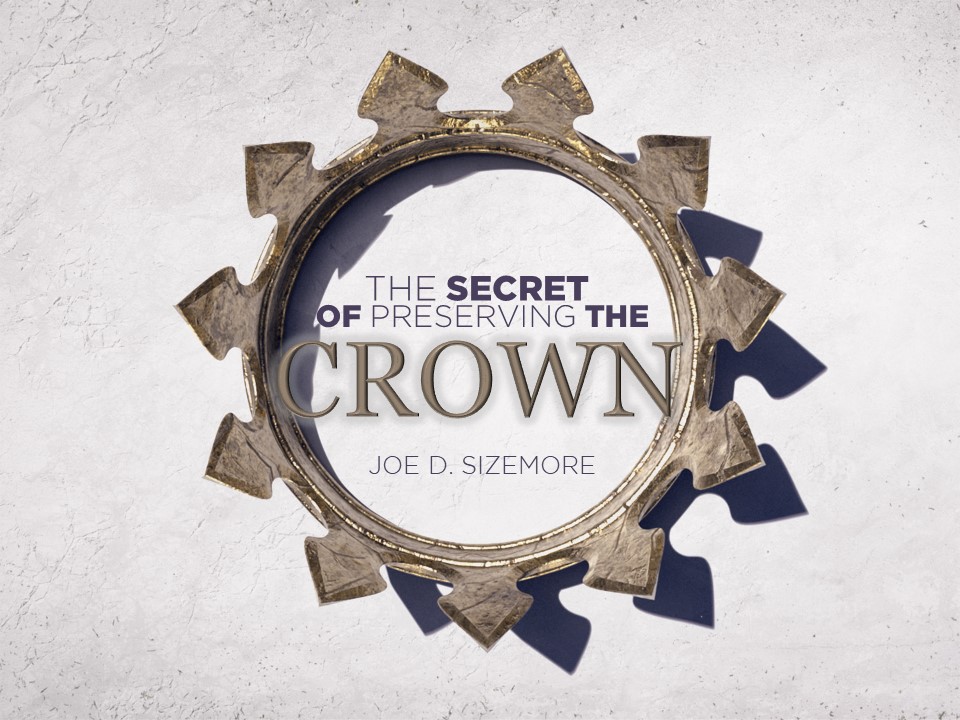 The Secret of Preserving the Crown

Because thou hast kept the word of my patience, I also will keep thee from the hour of temptation, which shall come upon all the world, to try them that dwell upon the earth. Behold, I come quickly: hold that fast which thou hast, that no man take thy crown. Him that overcometh will I make a pillar in the temple of my God, and he shall go no more out: and I will write upon him the name of my God, and the name of the city of my God, which is new Jerusalem, which cometh down out of heaven from my God: and I will write upon him my new name.

‘The crown, as it is portrayed in the Word of God, is a circular ornament worn around the head as a symbol of authority and merit or distinction. A royal crown is a king’s symbol of supreme royal authority. But it is generally only worn on state occasions. Usually, it is an elaborate coffer of gold engraved with precious gems. Various jeweled headdresses were worn by the rulers of ancient Egypt and Assyria, and Greeks gave a crown or diadem of olive leaves to their athletes as a symbol of victory in those early Olympic games. Job refers to the diadem, or crown, in chapter 29, verse 14: I put on righteousness, and it clothed me: my judgment was as a robe and a diadem. More…

The Secret of Preserving the Crown – Full Article

The Secret of Preserving the Crown – Outline

The Secret of Preserving the Crown – PowerPoint