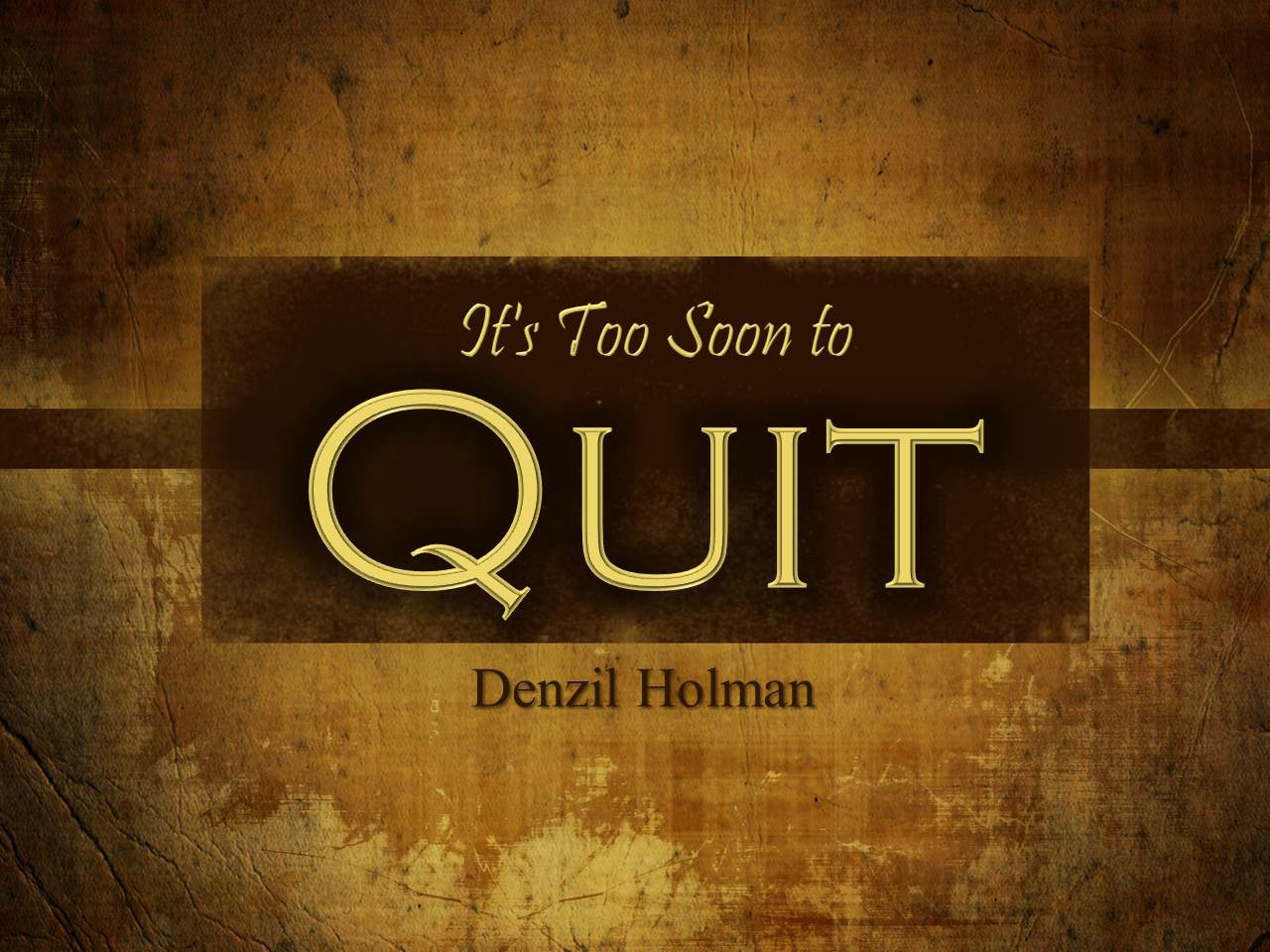 When God gives us promises, He keeps His word to us. We sometimes fail to remember that there are three key elements to receiving a promise from God. First, there is the promise, then there is the indeterminate length of waiting time, and the third part of the equation is the fulfillment of the promise. The length of time in waiting is the variable in which our faith and patience are tested.

Cast not away therefore your confidence, which hath great recompence of reward (Hebrews 10:35).

The crowd in the auditorium waited for the speaker to make his way to the podium. This was a day with great expectations because Winston Churchill had come to deliver an address. Everyone was sitting on the edge of his seat in anticipation of a lengthy oratory that would be remembered in years to come.

Churchill arose slowly and stiffly and walked to the podium. In that familiar, raspy voice, he spoke two words, “Never quit,” left the podium, and returned to his seat. For a few moments, there was silence, and then the applause began to grow into a crescendo. The memories of the war that had recently ended began flashing across the minds of those present. They could once again visualize a familiar figure in his trench coat and bulldog countenance, flashing the “V” for victory while standing in the midst of bombed buildings.

General Douglas MacArthur, a five-star general, spoke to a joint session of congress on April 19, 1951, and uttered this powerful statement: “In war, there is no substitute for victory.”

David, the beloved psalm singer of Israel, had grown weary of the long struggle to survive while King Saul hunted him like a wild animal. It had been long ago when he had been called from the fields to come home because a special guest was at his house. He had walked in the house with the fresh scent of the field upon him. The perspiration beaded on his forehead because he had rushed home, and his pink, flushed face spoke of youth and vitality. He was a shepherd but much more than that. He had slain a bear and a lion when his flock was threatened. He was tender and sensitive toward the presence of God and was a talented musician.

Samuel the prophet was at his house to anoint one of the family members as the next king of Israel because God had told him to do just that. Several sons had come before Samuel and had been rejected as the choice of the Lord. David was the only one left, and when Samuel’s piercing eyes looked upon him, the prophet spoke resolutely, “He is the one.”

When the horn of anointing oil was poured upon him, he became a changed young man. The presence of God would continue to move upon him, and he was blessed of God. He didn’t become king of Israel until many years later, but in the meantime he lived the mixed bag of being a hero and a hunted criminal by his own king, Saul.

The years of his life running from Saul were frightful and dangerous. He was near death many times as he was hunted by the jealous king. During his strong, youthful years, he lived in the wilderness much of the time, surrounded by a band of men loyal to him. The pendulum of emotions swung back and forth as he innocently trusted the king at times only to dodge another javelin thrown at him.