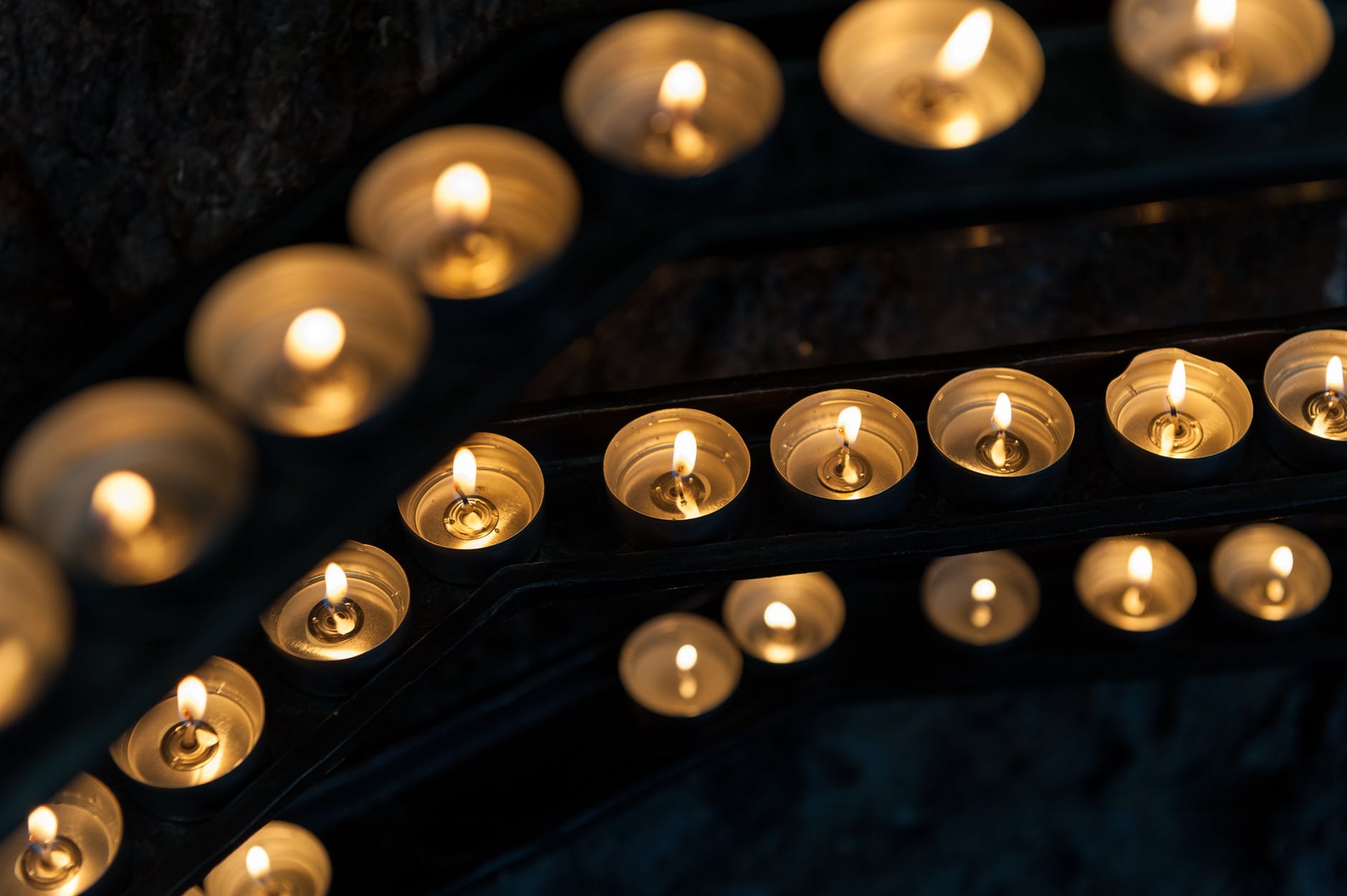 Jude 4: …turning the grace of our God into lasciviousness. Lascivious is defined in Strong’s (#766) as; unbridled lust, excess, outrageousness, wantonness, insolence. This new Grace, which isn’t new at all–for the apostles fought against it in the early church– has been promoted long enough now in our ranks until it is now an accepted, learned behavior. This new -generation concept is a result of a failure in the pulpit to rightly divide the word. This perverted idea of Grace is initially recognized by its own terminology. Those leaning, yea, reaching for spiritual loopholes to justify their unbridled lust for more of the world, must change their word use from biblical terminology to the catchy little phrases of mainstream charismatic jargon. Examples include terms such as “that’s a personal conviction” or “that was under the law” and, even more ridiculous is the statement, “it’s a new day and people will never accept that old message”. These faulty ideas, along with a plethora of others, are the building blocks that support this superstructure of “lascivious grace”.

Those armed with this new revelation are also easily detected by their stated purpose and direction. We recognize them as the mega-church crowd. BIG CHURCH becomes the new mantra; not a clean church. BIG CHURCH transcends the church-roll number by representing a mindset or theology of its own. It would be nice to have a clean church because, after all, that’s a lofty ideal. BIG CHURCH and clean church would be ideal. Howbeit history has proven it to be otherwise. The sizes of the early churches were measured by how many of the separate houses or families were represented in the city or area. Massing together under one roof was not an early church tradition. Later, as that trend developed, history points to a decline in the power and initial zeal of the church which later led to much compromise.

Those that contend for a clean church are narrowly viewed as being a hindrance to church growth. It’s prudent to point out that there is a difference between a “church- growth” belief and evangelism. The biblical teaching that the ministry must maintain a clean church cannot be sacrificed on the altars of BIG CHURCH religion to accommodate the lascivious grace crowd. We are now living in a new apostolic era. Where once evangelism and maintaining a clean church was the norm, now church growth and BIG CHURCH Pentecost is acclaimed. The so called “conservative” BIG CHURCH has anemically employed a new ideal of two standards in the church to compensate and justify their blending of BIG CHURCH and clean church.

The contrived term “conservative” pales in comparison to the biblical term of “holy.” Does the Bible command, “Be ye conservative?” They teach a “clean-church platform / leader¬ship standard” and a “just-come-as-you- are” standard for the pew, and it’s all neatly packaged under one umbrella called “our church”. Their pathetic reasoning is that; “After all, no church is perfect and we must show compassion.” They are all too willing to allow blatant opposition to what are allegedly the standards of the church. They sit there and claim that assembly as their church in order to maintain the financial benefits and the social acceptance of their contemporaries. But all the while, the goals of BIG CHURCH are uninhibited. Bigger buildings are built to house their ever-growing assembly. A clean plat plus filthy pews equal a confusing, diluted, com-promising church that poorly represents the early church’s stated mission of purity, holiness, modesty, and sobriety.

So, lascivious grace enjoys her finest hour. She is promoted as successful, cutting-edge, and an example for others to duplicate. It’s an ungodly, audacious slap in the face of every godly minister, both living and dead, that ever strove for a clean church, no matter the cost. One of the signs of a God-called minister is his ability to maintain a clean church. Lascivious grace allows compromise and sin to sit on the pews and live an open lifestyle of rebellion against the pulpit. In time, the pulpit always capitulates to the pew in order to dutifully strive for BIG CHURCH. They see the masses without ever seeing the people. “Come with your televisions, wedding bands, rings, movies, immodest dress, and worldly attachments, and we will help you” is the apostate cry. Howbeit, their idea of ‘help’ is just to keep sitting there with your sins and hopefully one day you will “get it.” “Just don’t leave because we need your family on our pews.” The theory is quite appealing to the natural mind while the spiritual mind screams for the Spirit of Truth to operate. In time, the leprosy spreads until you can’t discern any difference between the church and the world.

Those who march to the biblical drumbeat of a “clean church” humbly stop the Lascivious Grace crowd at the “door” and, with compassion and carefulness, having their eternal destiny in view rather than how they will benefit the local assembly and further promote church growth, lay out the standards and purpose of the true church. Those wanting to simply join the church, as did the rich young ruler, will leave sorrowfully, having too much to give up, but the hungry soul longing to be set free will declare, “Tell me what must I do to be saved!”

We notice Christ set the standard high and let the man walk away without shedding a tear. While still under the law, Jesus established the principle that we are to show mercy and compassion, as with the Samaritan woman and the Canaanite woman, by opening a door to include all, but not at the cost of lowering the standards. Enforce the standards even if they walk away. BIG CHURCH makes allowances and adjustments in order to maintain the crowd. Again, hold the qualifications for church membership high and enforce those principles, even if it means an evacuation of the majority. So preach it, preacher, and tell it like it is. Teaching will strengthen not only the new convert but will maintain a clean church. New convert classes are for new converts, those who are truly converted. A clean BIG CHURCH is like a clean pig, it doesn’t stay that way long.

Oftentimes, the building of the mega structures by apostolics today reflects a desire for their own empire rather than a reflection of kingdom-minded men of God. The Laodicean church will always promote BIG CHURCH while vaguely alluding to clean church. Her leaders will be carefully selected from the BIG CHURCH crowd.

It’s important to notice the exact details the apostle is presenting, in reference to the nature and function of grace and its daily purpose in our life. Saving grace is an ongoing teacher.

So, what does it teach and how does it teach? The “what” is defined in the verse itself; teaching us that denying ungodliness and worldly lust. This is the polar opposite from what is being taught in the lascivious grace BIG CHURCH crowd. They are so bereft of spiritual consciousness and so bankrupt of the knowl¬edge of a holy God that they can’t define what worldly lust even means. For the record though, worldly lust is simply an uncontrollable, insatiable desire for the very things that make this world tick.

Cosmos is the Greek word for “world,” which means a system of beliefs and concepts that better represents man and his nature. So to lust after the world is to strongly desire to follow after the world. How? Through the trends of dress, entertainment, and other concepts that reflect the way the world thinks. So then, grace is a teacher that promotes the way God thinks; His concepts, His standards of dress, His nature.

It’s important to also notice that Grace hath appeared. Nowhere do we read that “grace hath covered.” The blood covers, but grace … hath appeared. The word “appeared” means revealed and made available. It’s available unto all men but obviously all men haven’t accessed this saving grace. The law of first use clearly gives us instructions on how to access the grace of God that bringeth salvation. Genesis 6:8; Noah found grace… The key word is ‘found,’ i.e., to obtain by laying hold on.

Understanding the importance of this principle, Paul told Timothy to lay hold on eternal life; 1 Timothy 6:19. God doesn’t pour out grace on all men but He makes it available for whosoever will, to lay hold on.
In Ephesians 2:8 Paul defines the functional aspects of grace. By grace are ye saved and that through faith; Grace through faith. To access grace, or in other words, to lay hold on grace, one must first employ faith. Without faith it’s impossible to please God. You won’t access grace! So then faith cometh by hearing, and hearing by the word of God; Romans 10:17. …how shall they hear without a preacher?

Romans 10:14. Grace that saves is in direct proportion to how much faith you have. Or, how much preaching you are willing to incorporate into your life through submission and obedience to the preaching. In the new covenant God chose through the foolishness of preaching to SAVE them that believe, 1 Corinthians 1:21. Grace is teaching us the nature of God and how to live godly, soberly, and righteously in this present world through the five-fold ministry; Ephesians 4:11. Our obedience to the preached word will determine how much grace we access in our life.

Lest someone think that it is “grace by works,” please consider what James says concerning faith; faith is the key that unlocks grace in our life. Show me thy faith without thy works and I will show thee my faith by my works; James 2:18. Another word for works is evidence. Evidence, or works, must follow our faith.

In Mark chapter two it says that Jesus saw their faith. What did faith look like? In this setting it was simply a hole in the roof. Jesus called it faith. Faith always gets busy in the saving business. Once Noah believed what God had said about impending judgment, he was moved with fear to the building of an ark and the saving of his family; Hebrews 11:7. Thus, he found grace in the eyes of the Lord. Grace through faith. He accessed grace through faith and obedience. A faith that produces works; not works that produce salvation. In Romans 5:17 this doctrine is further taught by Paul. He says, running parallel with an abundance of grace is the gift of righteousness, or right living. Grace and righteousness are inseparable. What is Paul considering to be the gift of righteousness or right living? Obedience to the commands or the word of God.