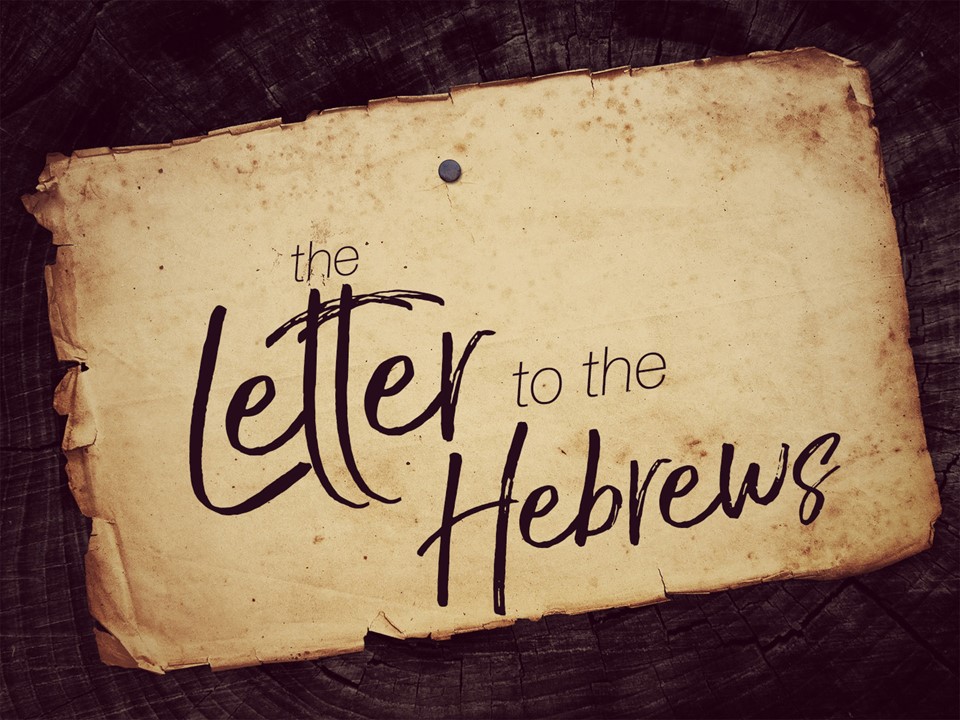 Lesson Eleven
The Letter to the Hebrews (Continued)

CONTEXT: Scriptural Reference:
“Now the just shall live by faith: but if any man draw back, my soul shall have no pleasure in him” (Hebrews 10:38).
Chapter 11 of this epistle is an extremely important chapter. Every Christian should be familiar with the chapter because of the importance of faith in his own life. This is known as the “faith chapter.”

We can understand the importance of this Scripture when we remember that this was the truth revealed to Martin Luther bringing about the Reformation.It is quoted by Paul on two other occasions: “For therein is the righteousness of God revealed from faith to faith: as it is written, The just shall live by faith” (Romans 1:1 7). “But that no man is justified by the law in the sight of God, it is evident: for, The just shall life by faith” (Galatians 3:11).

It has been suggested by one writer that Paul placed the emphasis in Romans on righteousness, in Galatians on faith contrasted with the law, and here in Hebrews the emphasis is placed on the verb “shall live.” We are inclined to agree.

DEFINITION OF FAITH: (Hebrews 11:1-3).
This chapter is introduced with a description of faith. It is trust in the unseen. It is not trust in the unknown.

The word “substance” is the “foundation” upon which our faith is based. It is not just a matter of whether we believe, but rather God’s Word. It is explicit trust in God’s promises. The things we hope for may not be seen but they are not unknown.

The writer of these Bible notes once drove five miles across a lake with his car in the spring of the year with approximately six inches of water on top of the ice. All the way across there was no sight of ice but it was there. The journey was finished safely because under the water was the ice. It could not be seen but it was not unknown.

Faith is the soul’s eye, which sees the unseen and gives evidence of the reality of the unseen. It is also the soul’s hand, which reaches out to grasp these realities.

It must always be remembered that faith is not passive but active. In all the illustrations, which follow in this chapter, this truth is emphasized. Faith is not a dormant thing but a living, active force.

The worlds were not created by faith, but our understanding of creation is a matter of faith. Our faith is not placed in the unproved false theories of evolution but rather in God’s Word. Faith allows us to understand the truth of how the universe came into existence. God spoke and it was! The universe, which we see, came into existence from the invisible. God spoke and creation took place.

This shows the importance of having trust and confidence in God’s Word which are the foundation of our hopes and also the reality of the invisible.

C. BEFORE THE FLOOD: (Hebrews 11:4, 5, 7).
In this faith chapter we are given a list of sixteen characters that exhibited victorious faith. The exploits of the faith of many others are also mentioned. These lived in every dispensation of the Old Testament, which reveal the importance of faith in every age.

Three characters are mentioned who lived before the flood:

Abel – Abel showed his faith in worship. He offered a more excellent sacrifice than Cain did. Undoubtedly Adam had instructed both of his sons. Abel obeyed and offered a blood sacrifice by faith. Obedience and faith made it a sacrifice acceptable to God. Cain rejected the necessity of blood being shed for his sins. Consequently, his sacrifice was one of unbelief and disobedience. Abel was murdered because of his faith, but after all these years Abel still speaks. Faith, obedience and substitutionary death are still essentials to salvation.

Enoch – Enoch showed his faith in close companionship with God. God and Enoch were inseparable companions. He had a beautiful testimony that he pleased God. Because of this, he did not experience death. He became a type of the New Testament church to be raptured.

3. Noah – Noah showed his faith by his obedient works. Like his great grandfather, Enoch, he was a preacher of righteousness and a worker of righteousness. He was moved with fear to the saving of his house. He had never witnessed a deluge, but he believed God’s warning. He obeyed God and God pronounced him righteous because of his faith. Noah’s example should mean much to us today. The judgments pronounced upon this world we have not seen. We have not witnessed the eternal torments of a devil’s hell. However, God has spoken and we, too, should be moved with fear to the saving of our house.

D. PLEASING GOD: Scriptural Reference:
“But without faith it is impossible to please him: for he that cometh to God must believe that he is, and that he is a rewarder of them that diligently seek him” (Hebrews 11 :6).
There are three indispensable things named in the Epistle to the Hebrews:
Blood – Hebrews 9:22;
Faith – Hebrews 11:6;

3. Holiness – Hebrews 12:14.
Without the shedding of blood there is no remission of sins. Without holiness no man shall see Jesus when He returns for His church. Without faith we cannot please God.
To please God, one must believe that HE IS (present tense). He is not just a God of the past and unknown future, but God of the eternal present. We must believe that He is “The Great I Am.” If we pray diligently, He will meet our needs NOW. Without this type of faith, we cannot please God.

E. PATRIARCHS: (Hebrews 11:8-22).
ABRAHAM:
The Jewish nation was brought into existence by a miracle as the result of the strong faith of Abraham and Sarah. Their faith did not depend upon human reasoning or natural laws. God had promised and here was the foundation of their confidence. God’s Word was sufficient. For twenty-five years they waited but their faith remained stedfast. There was no visible evidence that their faith would be rewarded but they still believed God.

When Abraham was called, he promptly obeyed. He did not know where he was going. He had been promised a place for an inheritance. He believed God and therefore was willing to live in tents. He looked not only for an earthly Canaan, but a real city whose builder and maker was God.

His greatest test came with the offering up of Isaac. His faith and obedience went hand in hand. He believed therefore he obeyed. Since God had promised him Isaac, he believed that god would raise him from the dead. This was a remarkable testimony of the patriarch’s faith for up to that time there was no example of a resurrection-taking place. Again it was faith in the unseen.

ISAAC:
Isaac showed his faith by believing God for the future and blessed his sons accordingly.

JACOB:
Jacob believed God that He would fulfill His promise concerning the land of Canaan. He gave instructions concerning his burial and blessed his two grandsons giving them an inheritance.

F. THE FAITH OF MOSES: (Hebrews 11:23-29).
The parents of Moses, Amram and Jochebed, showed their faith by hiding Moses, their baby, for three months. God rewarded them by giving Moses back into his mother’s arms. She taught her son about God and it is evident that she did her work well when we see the faith of Moses.

Moses showed his faith best in the decisions he made. He waited until he was forty years of age before he made his decisions known. He made the following choices:
He refused to be an Egyptian prince.
He chose to suffer affliction rather than enjoy the pleasures of sin.
He chose the reproach of Christ rather than the treasures of Egypt.
He forsook Egypt and did not fear the king’s anger. He was able to do this by faith as seeing Him who is invisible. Through faith he kept the Passover recognizing the blood atonement, and crossed over the Red Sea as on dry land. Because of unbelief, the Egyptians were drowned.

G. OTHER HEROES OF FAITH: (Hebrews 11:30-38).
We find other heroes of faith mentioned here. Also we read of the accomplishments of faith. In many of these instances, we know from Scripture just whom is being referred to. We shall mention a few:
Rahab – She saved the spies and then saved herself by placing the crimson cord in the window.
Gideon – waxed valiant in fight.
Barak – subdued kingdoms.
Samson – from weakness was made strong.
Jepthah – defeated armies.
David – obtained promises.
Daniel – stopped the mouth of lions.
Elijah – raised the dead.

H. BETTER THING PROVIDED FOR US: (Hebrews 11:39-40).
The last two verses of this chapter are very meaningful. To help us understand this statement, we shall quote from the Living New Testament: “And these men of faith, though they trusted God and won His approval, none of them received all that God had promised them. For God wanted them to wait and share the even better rewards that were prepared for us.”

Lesson Eleven
Self Help Test
A. Define “Faith.”
B. How did Abel offer a more excellent sacrifice?
C. How did the following show their faith?
1. Barak:
2. Daniel:
3. Gideon:
4. Rahab:
5. Samson:
D. How did Enoch please God?
E. In your own words, write out the meaning expressed in Hebrews 11:6.
F. What are THREE indispensable things given in this parable?