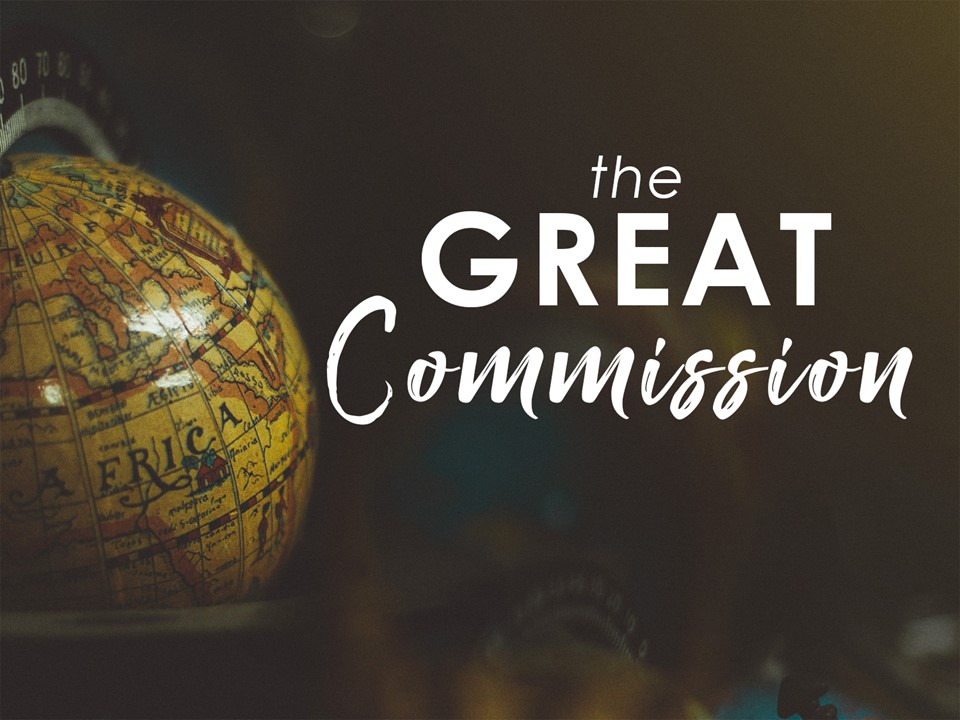 • “And this gospel of the kingdom shall be preached in all the world for a witness unto all nations; and then shall the end come” (Matthew 24:14).
• “Go ye therefore, and teach all nations, baptizing them in the name of the Father, and of the Son, and of the Holy Ghost: Teaching them to observe all things whatsoever I have commanded you…” (Matthew 28:19).
• “And he said unto them, Go ye into all the world, and preach the gospel to every creature” (Mark 16:15).
• “And that repentance and remission of sins should be preached in his name among all nations, beginning at Jerusalem” (Luke 24:47).
• “…Receive ye the Holy Ghost: Whosoever sins ye remit, they are remitted unto them; and whose soever sins ye retain, they are retained” (John 20:22-23).
• “But ye shall receive power, after that the Holy Ghost is come upon you: and ye shall be witnesses unto me both in Jerusalem, and in all Judaea, and in Samaria, and unto the uttermost part of the earth” (Acts 1:8).

The Forty Days:
• Jesus showed Himself to His disciples on various occasions during a period of days forty following His resurrection.
• During this period of time His great concern apparently was that His disciples should obey His command in taking the gospel throughout the whole world.
• This was not just a request but a definite command.
• At the same time He was concerned that they would not attempt to preach the gospel until they had received the Holy Ghost.
• Along with the commission itself He commanded them to remain in Jerusalem until they be baptized with the Holy Ghost and be endued with power from on high (Acts 1:3-8).
• The last emphasis He placed on all His commands, was concerning the greatest and all-important qualification, the Baptism of the Holy Ghost.

Jesus Spoke The Commission On Three Occasions:
• Our Lord spoke the Commission on at least three occasions to His disciples during the forty days between His resurrection and His ascension.
• It is recorded in all four Gospels and in the Acts of the Apostles.
• The three occasions on which Jesus gave the Commission were as follows:
While the disciples sat at meat in Jerusalem – Mark 16:14-1 8;
– John 20:22-23.
In a mountain in Galilee – Matthew 28:18-20.
On the Mount of Olives just before His Ascension- Luke 24:45-51;
– Acts 1:6-9.

The Great Commission Was A Command:
• The Great Commission was an irrevocable command to the church, which was not to be questioned but was to be fully obeyed.
• Every phrase of the gospel message calls for and demands complete and wholehearted obedience.
• When Christ commands His church to go, He expects obedience–if He says, preach, He still expects obedience.
• The part of the church is simply to believe and obey.

The Commission Is The Church’s Authority:
• Although the commission is a command, yet it is far more than a command.
• When a person is commissioned he is given authority to act on behalf of another.
• The Apostle Paul recognized this when he called himself an ambassador for Christ.
• He acted in Christ’s stead (II Corinthians 5:20).
• Therefore when a minister is called to preach the gospel, he has been given an order which he must obey.
• He, also, has received an appointment to act in Christ’s stead.
• He need not expect any greater authority than this!

There Was A Promise Given With The Commission:
• “And, lo, I am with you alway, even unto the end of the world” (Matthew 28:20).
• So great was the commission, that Jesus promised to accompany those who dared to obey it.
• His promise was not for just one short period, but “alway, even unto the end of the world.”
• This phrase “end of the world” actually means unto the “consummation of the age.”
• It is wonderful to note that when the disciples obeyed the commission to the letter that Jesus fulfilled this promise.
• Let us carefully note the closing verse of Mark’s gospel: “And they went forth, and preached everywhere, the Lord working with them, and confirming the word with signs following.”
• We must never forget this promise of our Lord’s and to be fully persuaded that the Lord will work with us and confirm the Word with signs following.

What is the importance of the GREAT COMMISSION?

What were the FIVE commands contained in the commission?

Explain how the commission is the church’s authority.

Name the THREE occasions where Jesus spoke the commission.