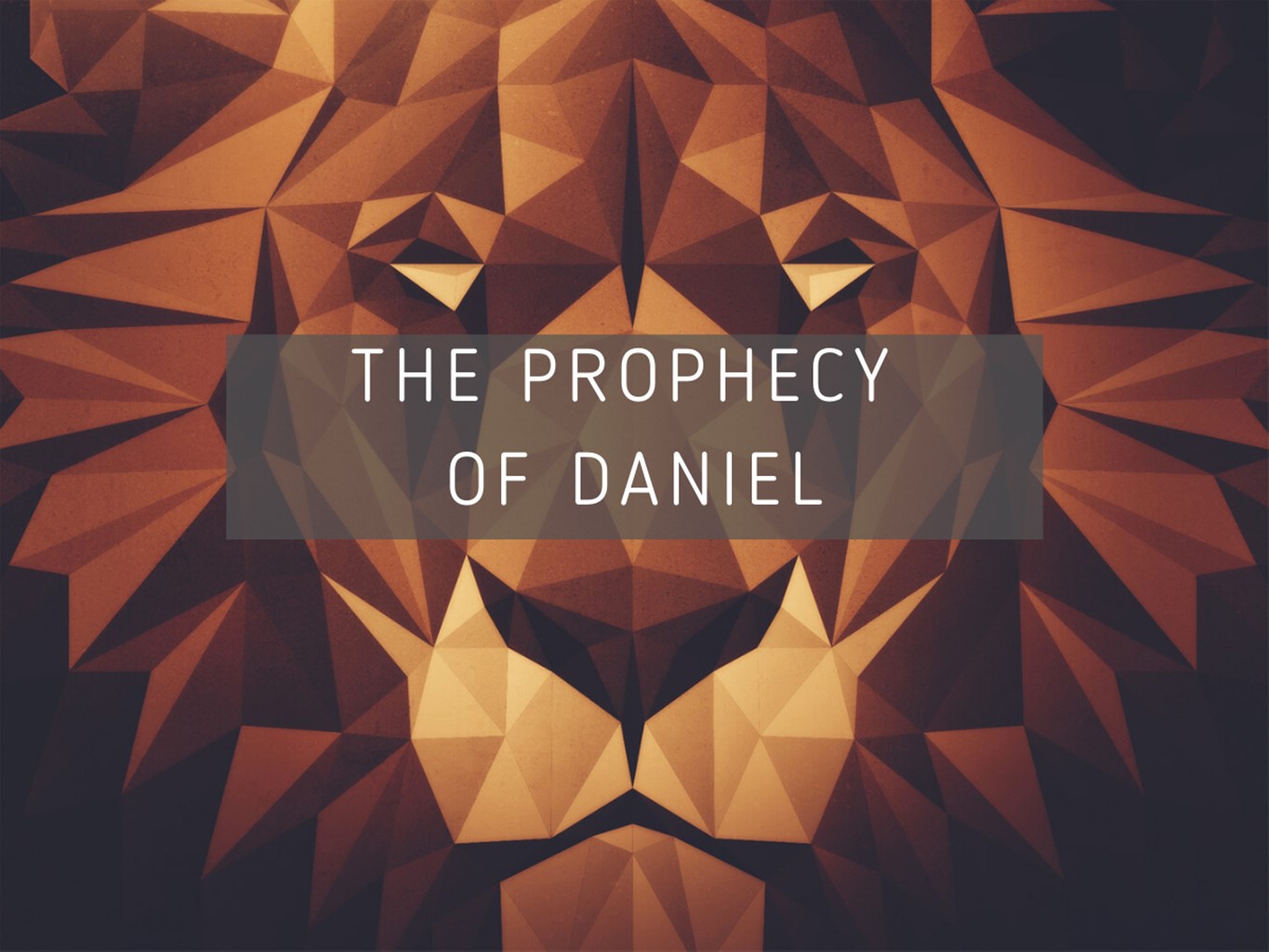 LESSON ONE – Daniel and Revelation
THE PROPHECY OF DANIEL

1. Daniel And Revelation:
a. “Why study these two books together?”
b. The Book of Revelation could never be understood if we had not the prophecies of Daniel.
c. Daniel was written by the prophet who was greatly beloved, and the beloved disciple wrote Revelation.
d. Both books must be studied together and they are the keys of God’s prophetic Word.
e. Many subjects are dealt with in both prophecies
f. The writer strongly recommends that the student read both books from beginning to end before starting the study of these two units.

2. Method Of Interpretation:
a. Literal
b. These books mean just what they say in the original languages: Aramaic Hebrew, and Greek.
c. The writer believes that the spiritualization of Scripture is a very dangerous method of Bible interpretation.
d. Futurist
e. Some of Daniel’s prophecy certainly has been fulfilled in history but some of it still remains to be fulfilled.
f. As far as Revelation is concerned the church will be raptured at the beginning of chapter four.

3. The Prophecy Of Daniel:
a. This book is divided into two divisions of six chapters each.
b. The first six chapters are chiefly ‘Historical’
c. The second six chapters are ‘Prophetical.’
d. Daniel wrote this book in two languages: Aramaic (Daniel 2:4-7:28) and Hebrew (Daniel 1:1-2:3, Daniel 8-12)
e. What concerns the Gentiles is written in their language, Aramaic, and what concerns the Jews is written in Hebrew.
f. Is one of the most interesting portions of the Bible it contains prophecies both fulfilled and unfulfilled

4. The Prophecy Of Daniel:
a. The Prophecy of Daniel These prophecies are very comprehensive giving the consecutive history of world empires from Daniel’s day to the coming of Christ to establish the Millennial Kingdom.
b. It should be noted that Daniel was instructed to shut up the words and to seal the prophecy (Daniel 12:4) to the time of the end.
c. The fact that this prophecy is no longer sealed and can be understood is certain proof that we are now living in the time of the end.
5. The Meaning of Daniel’s Name:
a. His name means, “God is my judge,” or “God will judge.” “Dan” means, “to judge” and “El” means “God.”
b. The name “Daniel” brings us face to face with the great eternal truth that God is the judge of all sin.
c. The history of Daniel took place because of the judgment of sin

6. The History Of Daniel:
a. Daniel has always been one of the favorite characters of the entire Bible.
b. He was well known for his piety and wisdom
c. Ezekiel mentioned Daniel three times and joins his name with Noah and Job.
d. Jesus mentions Daniel by name and regarded him as a prophet.
e. He was of the tribe of Judah and of noble blood.
f. He could have probably traced his ancestry back to King David.

7. The History Of Daniel:
a. In the year BC 605 at the age of twenty he was made a eunuch as was prophesied by Isaiah (Isaiah 39:7), and placed under the command of Ashpenaz, the master of the King’s eunuchs.
b. After a period of training he arose to a very high position under King Nebuchadnezzar.
c. Shortly after the first invasion of Jerusalem by Nebuchadnezzar in BC 606 Daniel along with three of his companions were taken captive to Babylon.
d. He served in the courts of Babylon and of the Medes and Persians for seventy-two years.
e. When he was about ninety years old he was the head of 120 princes under Darius the Mede.
f. He died in his mid nineties, during his lifetime he was a contemporary with Jeremiah, Habakkuk, Ezekiel and Obadiah.

8. Daniel’s Character:
a. His character caused him to be remembered.
b. Although he lived under the most adverse and discouraging conditions, he never compromised with sin and idolatry.
c. In the midst of pagan darkness he stood straight and tall.
d. This is what caused him to be a favorite of heathen kings and honored by God.
e. Once God sent a special message to him that he was greatly beloved.
f. Because of his character he received great revelation, and was preserved and exalted

9. Daniel’s Character:
a. He was intelligent
b. Handsome and well built
c. He was chosen having no blemish and being well favored
d. He was morally pure and upright, with strong convictions and a firm purpose
e. He was a man of prayer who refused to change his prayer life even though he faced the den of lions
f. He was a man of faith who stopped the mouth of lions (Hebrews 11:33).

10. Revelation:
a. He interpreted dreams, visions and became God’s channel for tremendous prophecies concerning the future.

11. Preservation:
a. Even though he had enemies he lived to see his nineties.
b. He was the object of God’s miraculous preservation in the den of lions.

12. Exaltation:
a. He was promoted to the office of Prime Minister under heathen kings and held their confidence.
b. He was elevated to the highest positions Babylon had to offer.

13. Separation Necessary:
a. Few voices are raised today against worldly conformity in the church.
b. Holiness preaching is not very popular.
c. However, power with God comes with dedication and separation from the world.
d. Here was Daniel’s first great test in the palace of Nebuchadnezzar.
e. He refused to compromise his convictions as far as his diet was concerned.
f. Pulse refers to herbs, therefore Daniel became a vegetarian.

14. Separation Necessary:
a. The reason for this was that the Israelites were forbidden to eat meat that was considered unclean such as pork and the flesh of carnivorous animals.
b. In heathen countries meat was often dedicated to heathen gods.
c. Daniel and his companions refused to eat this unclean meat.
d. We read that Peter refused to eat unclean meat when the Lord gave him a vision and called him to preach the gospel to Cornelius (Acts 10:13-15).
e. This is the conviction that Daniel had and refused to compromise.
f. The church is called to separation today (II Corinthians 6:14-18).

15. Separation Necessary:
a. God honored Daniel because of his separation.
b. If the church would separate from sin and worldliness, God would honor her and endue her with power.
c. The challenge is still before us: “Dare to be a Daniel. Dare to stand alone. Dare to have a purpose firm! Dare to make it known.”

16. The Importance of Daniel’s Prophecy:
a. The importance of this book can hardly be overestimated.
b. The fierceness of these attacks, over the attacks in the old testament is proof within itself of just how important the enemies of God’s Word consider this prophecy to be.
c. The Prophecy of Daniel is one of the greatest proofs of the full inspiration of God’s Word.
d. Prophecies given by Daniel were literally fulfilled in detail.
e. The prophecy of Daniel was history prewritten.
f. It is only when we receive a revelation of the prophecies given here that we can understand the great mountain peak truths concerning the end times and the Coming of the Lord.