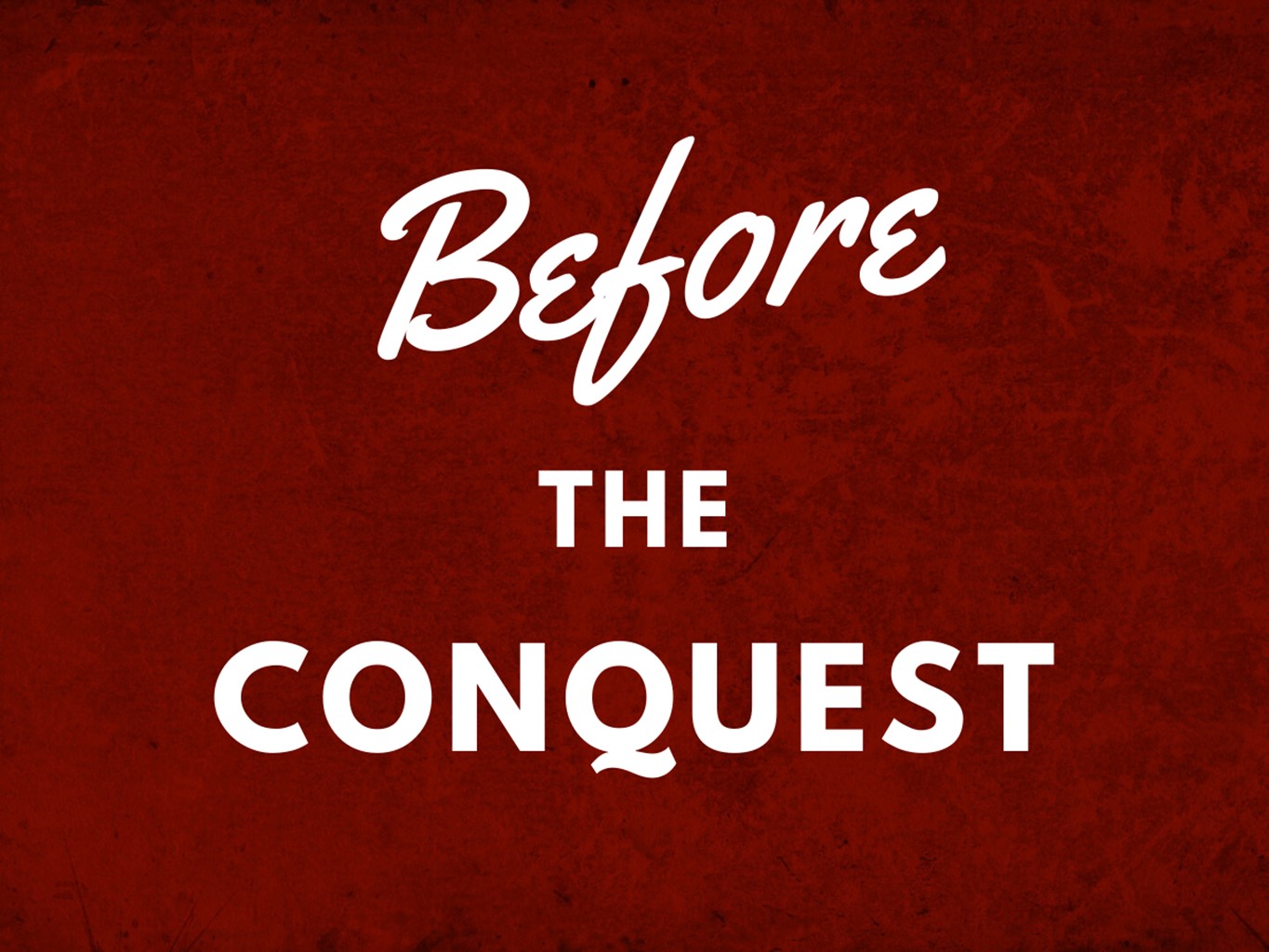 LESSON ONE – OLD TESTAMENT SURVEY
BEFORE THE CONQUEST

1. At Kadesh-Barnea:
a. God instructed Moses to send out twelve men, one from each tribe, to act as spies
b. Out of the twelve spies only Caleb and Joshua asserted that they could take the land with God’s help.
c. The other ten spies claimed that it would be impossible to take and possess Canaan.
d. When the people listened to and believed the report of the ten spies, God threatened to annihilate Israel in punishment.
e. Moses interceded and God changed the punishment to forty years in the wilderness
f. Every Israelite, twenty years and older, with the exception of Caleb and Joshua, would not enter the Promised Land (Numbers 14:20-35).

2. The Deaths Of Miriam And Aaron:
a. In passing judgment upon Israel God had made exception for only Caleb and Joshua
b. This meant that even the members of the head family had to die before Canaan could be possessed.
c. Miriam, Aaron and Moses were permitted to live until the fortieth year, or the final year of wandering in the wilderness.
d. Miriam died in the first month of this year at Kadesh-Barnea (Numbers 20:1)
e. Aaron died five months later at Mount Hor at the age of 123 years (Numbers 33:38)
f. Aaron died on the top of the mountain after Moses took Aaron’s clothes and placed them upon Eleazar and they came down the mountain.

3. The Sin Of Striking The Rock The Second Time:
a. Numbers 20:2-13
b. At Kadesh the people lacked water once more
c. When they complained to Moses he took the matter to God
d. Moses was instructed to bring water from the rock as he had done at Rephidim (Exodus 17:1-17)
e. He was instructed to speak to the rock; nothing was said about striking it.
f. In this act he displeased the Lord very much and God pronounced judgment that he would not be permitted to enter the Promised Land.

4. The Request To Pass Through Edom Denied:
a. Numbers 20:14-21
b. At Kadesh Moses sent messengers to the King of Edom asking permission to travel through his land, which the King of Edom refused.
c. Moses did not interfere with the Edomites and traveled around their territory
d. Moses now requested permission to travel across the kingdom of Sihon, which the King of Sihon refused.
e. Moses defeated him and occupied this territory to the Jabbok River, he also defeated Og, king of Bashan, who ruled as far north as Mount Hermon.
f. Israel now controlled most of the land east of the Jordan River from Moab in the south to Mount Hermon in the north, a distance of 130 miles.

5. Balaam:
a. Numbers 22-27
b. Balak, king of Moab, became concerned when Moses assembled Israel near the Jordan River across the river from Jericho.
c. He sent messengers to Balaam, a prophet who lived in the far north and requested Balaam to come south and curse Israel.
d. Instead of cursing Israel, Balaam blessed Israel, He could not curse Israel so he gave advice how they could be defiled and weakened, through his advice the Israelites were ensnared in the cult worship of Baalpeor.
e. Error of Balaam (Jude 11): This speaks of the sin of using the gift of God for material gain, of selling God’s gift, of becoming a hireling.
f. Doctrine of Balaam (Revelation 2:14): This speaks of the sin of enticing God’s children to commit fornication.

6. A Request Granted:
a. Numbers 32
b. With the lane east of Jordan conquered and found to be good pastureland, the tribes of Reuben, Gad and later half of Manasseh, asked permission to settle here
c. At first Moses did not agree but when these tribes assured Moses that their men would fight for the conquest of Canaan, Moses consented.
d. He made it clear that all men of military age would have to cross over and help in occupying the Promise Land.
e. When the agreement was reached, they began preparing the land for their families while the men were away fighting.

7. Preparing For The Conquest:
a. In preparation for the conquest, Moses had a census taken (Numbers 26).
b. The first census had been taken thirty-nine years before at Mount Sinai.
c. During these thirty-nine years, some 1,200,000 deaths had taken place and there was need to know Israel’s strength as she faced the challenge of Canaan.
d. The census revealed that there were 601,730 men twenty years and older.
e. It should be noted that in these thirty-nine years seven tribes had grown in number while five tribes were now smaller.
f. It should also be noted that no person could have been more than 58 or 59 years of age except Caleb (79 years old), Joshua (possibly 90 years old) and Moses (120 years old).

8. The Death Of Moses:
a. Deuteronomy 34
b. A very important matter had to be taken care of at this time.
c. A new leader had to be chosen
d. God’s choice was Joshua (Numbers 27:15-23)
e. As God instructed Moses, Joshua was placed before Eleazar and installed as the new leader.
f. On the first day of the eleventh month of the fortieth year, Moses orally delivered the great messages of Deuteronomy.

9. The Death of Moses:
a. This was only two months and ten days before the Jordan River was crossed.
b. With his work of leadership and writing completed Moses was now ready for death.
c. He was one hundred and twenty years old, but his eyesight was not dim nor his natural force abated.
d. He climbed to the top of Pisgah and surveyed the Promised Land.
e. God assured him that this was the Promised Land
f. Then took him in death, and buried him in an unknown grave of a nearby valley.