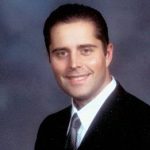 MADE FOR THE MOMENT

Technology does not guarantee a revival. We can build the website, buy the radio time, stream the message, or broadcast the signal, but it is the message that makes the difference. There is no substitute
for the anointed preaching of God’s word.

The challenge of taking the whole gospel to the whole world becomes more daunting every day. According to www.census.gov, every minute 256 babies are born and 108 people die. That is 4.3 births and 1.8 deaths every second with a net increase of 2.5 persons per second! That equals 134,434,533 births and 56,622,740 deaths a year. With these staggering statistics, how we can reach the more than
6.7 billion in the world? While the eternal destiny of people who died today has already been decided, the hope of the babies born today depends upon us. How many of them will have a chance to believe the gospel and be saved? Could

Media fissions hold a key to exponentially increase our global evangelistic effectiveness? Could Media Missions be made for this moment? It just may be the ministry whose time has finally come. We live in the information age. Alvin Toffler, futurist and international consultant. coined the phrase “the third wave” to describe our present age. He explained that the first wave was agrarian, the second wave was industrial, and the third wave is the information age. The agrarian era was built around agriculture and the industrial age was built around manufacturing. Advanced machinery harnessed the energy found in coal, oil, and gas. Hundreds of new factories and thousands of new construction sites around the world created urban sprawl. The steady stream of breakthrough inventions was designed to make life better.

The third wave began in 1956 with the building of the world’s first computer. As the computer has rapidly advanced, so has the world. For the first time in history, there is more knowledge stored outside our heads than inside our heads. The world has become much smaller and more accessible to more people in less time. The Internet knows no boundaries. Satellites make borders obsolete. PCs and now even handheld mobile devices make incredible amounts of information available to us anytime anywhere. The information age provides greater potential for sharing the gospel than any other era. Unlike the wheat, barley, and rice of the first wave or the coal, oil, and gas of the second wave, third-wave information is an inexhaustible resource. No matter how many times it is duplicated, broadcasted, transmitted, or downloaded it is never diminished. What an amazing gift has been given to us!

When has the potential for reaching millions of people been greater than it is right now? The battle has always been over Knowledge-quite specifically, the knowledge of the truth. Paul said, “If our gospel be hid, it is hid to them that are lost. In which the god of this world has blinded their eyes lest they come to the light of the glorious gospel in the face of Jesus” (II Corinthians 4:3-4). In times past, Satan used the scarcity of knowledge in the world to blind people’s eyes from seeing the light of the gospel whereas. in these times. the abundance of knowledge in the world keeps men’s minds from receiving biblical enlightenment. Paul described this generation as ever learning but never coming to the knowledge of the truth. (See II Timothy) They are learners but not thinkers. We are responsible to help men break through to the light and learn to think independently of this world’s system.

Paul gave us a vision of a church that transcends every boundary and hindrance to the truth: thanks be to God which always causeth us to triumph in Christ, and maketh manifest the savour of his knowledge by us in every place” (II Corinthians 2:14). Through Christ we always triumph. Through the church, the savor of the Savior is manifested everywhere! The vision of a church without limitations in either time or space is best fulfilled here and now with you and me. Media Missions puts tools in our hands to share the savor of His knowledge always and everywhere.

Technology is only a means to an end. It is neither good nor evil. The message is what matters. We must
use technology to reach as many people as possible. Every generation of believers must adapt their
methods in order to reach their target audiences. Media Missions has made significant upgrades in order to meet the challenges of the twenty-first century, but we must update our minds or it will all be in vain. The worst thing we could do is use third-wave technology with a second-wave mentality. The simplicity and uniformity of the second wave is fading along with the factories that built that era; the complexity and individualism of the information age is ferociously taking its place and challenging every established norm. Instant Internet access to a multitude of opposing viewpoints has left the idea of absolute truth in question.

Nothing is off limits. Every source of authority is questioned and every institution put to the test. The traditional mainstream church’s position in society has blurred and become obsolete; it has failed to meet the spiritual needs of millions. The shifting spiritual landscape has created a huge leadership vacuum. We must not be afraid of the escalating pace of change. If we are, we will be left behind by those who are moving forward. We will be but guardians of graves instead of guides leading the living to grace. Fear of progress guarantees that someone else will drive change in the world. We must understand this
is our moment to step into that leadership vacuum with fresh revelation of who Jesus is and what He
can do. While the fundamental truth of the new birth will remain unchanged and forever relevant,
our presentation of it must be given room for new ideas and fresh initiatives. Media Missions opens the
door of possibility and provides the platform from which we can lead; this will distinguish our voices from all others in the world. Technology does not guarantee a revival. We can build the website, buy the radio time, stream the message, or broadcast the signal, but it is the message that makes the difference. There is no substitute for the anointed preaching of God’s Word.

A movement is defined by the questions it is answering. On the Day of Pentecost, Peter’s message
answered three important questions and three thousand souls were converted. If we are answering questions no one is asking, then why should anyone listen to us? The queen of Sheba came from the ends of the earth to hear Solomon’s wisdom. Why? He answered all the questions in her heart that she never asked. This is the true measure of effectiveness. We will take our place on the world stage when people find answers here they cannot find anywhere else. We stand at the crossroads. The midnight cry has been made. Will we light our fire of evangelism with fresh oil or will we wander in the dark trying to find the Bridegroom? I think I know the answer: A Message of Hope. –

Jason Sciscoe is an international evangelist in the United Pentecostal Church International. For contact information.