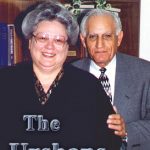 The Second Coming of Jesus

Before the Lord left this world, He gave an unconditional promise to His followers: “I will come again” (John 14:3). Christ’s coming is one of the most important doctrines of the Bible. Only the subject of salvation is mentioned more frequently. The 216 chapters of the New Testament contain 318 references to the Lord’s second coming-one verse of every thirty verses states the fact.

Christ’s coming is a doctrinal necessity. Several key doctrines in the Bible are dependant on the coming again of Christ. The doctrine of the resurrection of the human body cannot be fulfilled until Christ comes. The victory of Christ over Satan will not be completed until He comes again. And the most important doctrine in all the Scriptures is the deity of Jesus Christ. He promised so many times to return that there is no way to vindicate His deity if He does not come again. When He comes again, He will be acknowledged as King of kings and Lord of lords. The apostle Paul called the Second Coming the “glorious appearing” (Titus 2:13).

This event will give purpose and meaning to the creation of this universe, to life, and to eternity. It will
consummate at least 6000 years of God’s dealings with mankind, bringing him into the relationship that God originally intended for Adam and Eve when He placed them in the Garden of Eden.

The glorious appearance of Jesus is the stellar event to which all Bible-taught Christians look. It
will end the sin, injustice, and inhumanity that have always plagued human history. Christ’s coming will cause the resurrection of the saints and the establishment of the kingdom of peace and righteousness that was promised by the prophets, our Lord, the apostles, the angels, and many Bible-believing Christians.

The promise of His return walked with believers down lonely, sorrowful, and torturous pathways, a companion, a comforting presence, a hope beyond all hope. Their expectation was that in the next blink of the eye, the next tick of the clock, the next beat of the heart, the next rustle of the leaves, the next sigh, Jesus Christ could descend from heaven with a shout and call them home.

Prisoners have looked expectantly through dungeon windows, slaves have looked up from the field, children have wondered at a slant of sun light through a sudden break in the clouds. Jesus is coming. Soon! It could be today or tonight or even before I draw my next breath.

The promise of the second coming to this earth is a prophetic fact, guaranteed by the eternal Word of God. The deity and credibility of God demands it. It is a prophetic future event whose fulfillment may not be far off. Before He comes, however, He will rapture His church up to be with Him. That event will also mark the beginning of the stormiest time in all human history, called “the wrath of God,” or the great tribulation.

The promise that our Lord could appear at any moment was delivered by the Lord Himself. Details of the Rapture were supplied by the apostle Paul in I Thessalonians 4:16-18. lost of these promises pertain to the time when He will establish His kingdom on the earth.

The promise of the second coming to this earth is a prophetic fact. It is guaranteed by the eternal Word of God. The deity and credibility of God demands it. It is a prophetic future event whose fulfillment may
not be far off. Before He comes, however, He will rapture His church up to be with Him. That event will also mark the beginning of the stormiest time in all human history, called “the wrath of God,” or the great tribulation.

Jesus Christ’s second coming will be the most significant event in the 2,000 years since His arrival on
earth as a baby, for it will complete the current era of God’s grace to man and usher in an entirely new
program called the Millennium.

Down through the centuries, millions of Christians have lived out their hours, days, and years with an expectation not always in the forefront of their thoughts, yet never completely out of their thoughts. It hovered just over the horizon of daily responsibilities and cares. like the first pale light rising sun, Jesus said concerning His return, ··Of that day and hour knoweth no man. no. not the angels of heaven,
but my Father only. But as the days of were, so shall also the coming of the Son of man be. For as in
the day that were before the flood they were eating and drinking, marrying and giving in marriage, until
the day that oe entered into the ark, and knew not until the flood came, and took them all away; so
shall also the coming of the Son of man be. . .. Watch therefore: for ye know not what hour your Lord doth come. But know this, that if the goodman of the house had known in what watch the thief would come, he would have watched, and would not have suffered his house to be broken up. Therefore be ye also ready: for in such an hour as ye think not the Son of man cometh”
(Matthew 24:36-39; 42-44)

Jonathan Urshan served as pastor of Bethel United Pentecostal Church in St. Peters, Missouri, and passed away in 2012.