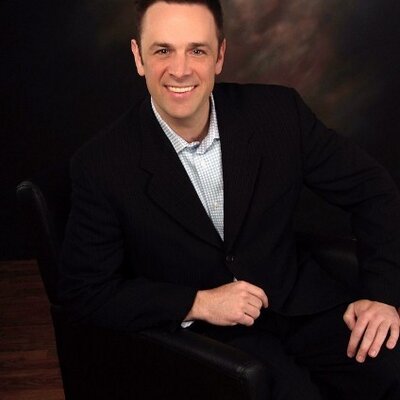 “This know also, that in the last days perilous times shall come. For men shall be lovers of their own selves, covetous, boasters, proud, blasphemers, disobedient to parents, unthankful, unholy, without natural affection, trucebreakers, false accusers, incontinent, fierce, despisers of those that are good, traitors, heady, high-minded, lovers of pleasures more than lovers of God; having a form of godliness, but denying the power thereof: from such turn away.” -II Timothy 3:1-5

About two thousand years ago Paul warned Timothy, his son in the gospel, that perilous times would come in the last days. The word “perilous” (as used in I Timothy 3:1) means dangerous, fierce, furious, and difficult. It also implies the idea of reducing strength. And so, we witness in our day the increasing mountainous weights of destructive sin laid upon our weakening world.

Some need only to glance at their recent bank statements to feel the sting of difficult times. People read the desensitizing headlines concerning another terrorist-induced suicide bombing, another mindless school shooting, or another virulent flu strain gone wild and feel the anxieties of dangerous times.

Paul listed several indicators of perilous times in the last days. First, “men shall be lovers of their own selves.” Simply put, men would be selfish. Selfish men turn the Golden Rule into the godless rule. In this hour of gross narcissism, we see politicians concerned only with what makes the man in the mirror
look good. We see celebrities continue to get surgically cut on for the sake of an image they have grown too fond of to let go, and pseudo financial brokers who know only the survival tactics of self-supremacy and nothing of self-sacrifice. A majority of modern athletes, taking no thought of themselves as highly visible role models, carelessly take drugs, abuse alcohol, and obstruct justice.

Next, Paul warned that men would be covetous, or greedy. The reason one of the great economic downturns in history can be summed up in that one word: greed. The unsatisfied pleasure seeker always wants more and thinks he needs more; a bigger house, a larger paycheck. And yet, while the greedy man gets more and more material possessions, his hunger for God is unsatisfied. And that is what makes greed a real danger in the last days. The question to every person is not how much he can spend, but where will he spend eternity? When it comes down to that question, greed can-not help-only grace.

Paul outlined other conduct demarcations of the last days. Men would be “boasters, proud, blasphemers, disobedient to parents, unholy, and unthankful.” You can almost think of Paul’s list as not just last day signs, but last day sentiments. Digressive behavior is as much a part of the signs of the coming of the Lord as increasing catastrophes. Today’s behavior involves compromising conduct, self promoting conceit, sacrilegious commentary, an ungrateful demeanor, immoral mindsets, stubborn ideas, and immature experimentations.

The word used for “disobedient to parents” means unpersuadable. That certainly describes the restless youth of our generation. Many children who have grown up with Judeo-Christian values now vehemently reject them. They seek other paths of religious expression, some choosing to walk a humanistic route totally absent of God. They are not in love with the same Christ their parents unabashedly followed. They do not have the same convictions that were taught to them. Some are not fully persuaded that Christ is the only way to heaven.

Time magazine writer, David Kinnaman, said in an October 2007 article, “Not only has the (recent) decline in non-Christians’ regard for Christianity been severe, but (statistical studies) also show a rapid increase in the number of people describing themselves as non-Christian.” These are kids who grew up in Sunday school, rode buses from poor neighborhoods to church, and even attended private Christian schools. But their love for the Word of God has grown cold. This is the place where peril meets the postmodern. The postmodern millennial wants taste first, truth last. And the same disciplines that drove their parents to be faithful to church are have been replaced by their pursuit of other spiritual options.

Part of the behavioral decline of faith in Christianity can be understood in Phil Cooke’s observation of the millennial. He wrote in his book, The Last TV Evangelist, “The only culture they (the millennial) know is one full of violent and sexually explicit entertainment, hostility toward religious faith, crumbling morality, and disintegrating families.” When you think of how the last Antichrist will demonically build his empire, deceive the masses, and set up a new international religion with himself at the core, our generation of disenfranchised entertainment – driven youth should cause us concern. They will easily fall prey to the lying signs and wonders of the Antichrist’s humanitarian appeal, because he will appear to be the alternative answer to the restrictive version of Christianity they have grown to despise.

Persecution has always been a potential for those who stand for truth, and we may yet see in the United States of America a time when those who preach the death, burial, and resurrection of Christ as the only way to be saved will be chained and led to secret prisons for interrogation.

Other things listed by Paul as behavioral signs of the times are men “without natural affection, trucebreakers, false accusers, incontinent, fierce, despisers of those that are good, traitors, heady, high-minded, lovers of pleasures more than lovers of God; having a form of godliness, but denying the power thereof.”

The words “despisers of those that are good” refer to those who will be hostile toward the virtuous. This suggests intolerance. We are supposedly in a country and time of tolerance. But the tolerance taught in universities and by certain special interest groups is not inclusive of Christianity; in fact, they want to eliminate Christianity, erasing any Judeo-Christian influence from all aspects of society. As we preach an Acts 2:38 experience to hungry people, the haughty cynic will become more agitated with our singular doctrine of salvation. This is the place where peril meets persecution.

Persecution has always been a potential for those who stand for truth, and we may yet see in the United States of America a time when those who preach the death, burial, and resurrection of Christ as the only way to be saved will be chained and led to secret prisons for interrogation. Is it possible that we may one day be labeled potential terrorists because of the message we advocate? Will we see a day when caustic officials enter our churches and demand that we preach sin tolerance or be sentenced to immediate imprisonment or even execution?

Yet, in these perilous times we still have a blessed hope. Our hope is in Christ and the power of the Holy Ghost. And there is a place in God where peril meets power. That place is prayer. Many will not survive the perilous times of devastating earthquakes, sudden tsunamis, violent hurricanes, and flash floods. And as more unexplainable tragedies happen, many prayer-less souls will get caught up in human solutions rather than seek heaven’s Savior.

They will turn their back on the only One who can really rescue them from the terrors that are to come. They will hold their tongues in prayer for the sake of their own pride. They will shake their fists in the face of God, when in reality they should collapse to their knees in humble prayer, but Pharaoh-like hardness will keep them in the relentless posture of pride.

As the people of God, a people of prayer, we must continue to intercede and stand in the gap for loss souls. We can combat the perilous dynamics of hedonistic behavior by exemplifying Christ in our actions and attitudes. We must continue to be salt of the earth for those who have only known bland disappointment and bitter defeat. We must let our light shine now for the lost that need to be born again and be ready for His glorious appearance, when His light will outshine the sun.

Dannie Hood is a full-time evangelist; he is also the speaker for A Message of Hope, the radio ministry of Media Missions of the United Pentecostal Church International.