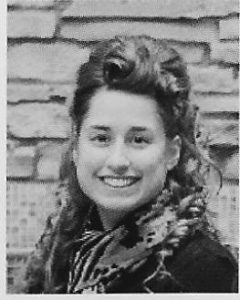 When I was much younger, my grandparents celebrated their 50th wedding anniversary. Our family partnered with relatives to orchestrate a party to honor this momentous occasion. For a 13-, 11-, and 7-year old, enduring a long day filled with unfamiliar faces and boring conversations was mere torture.

To keep ourselves occupied, our parents had us clear away dishes from the guests. With the constant turnover every 20 minutes, we wanted to keep my relative’s home looking nice and fresh.

My middle sister and I were fairly observant and appropriately offered to relieve guests from his/her rubbish. But, our youngest sibling wasn’t adequately schooled in dish-clearing decorum. She was on the lookout for any object no longer in a guest’s hand. If someone took a drink and momentarily placed their glass down, by the time they turned around to retrieve it again, it was gone. I knew something wasn’t right when piles of half-eaten cake appeared in the kitchen.

Our family laughs about this event all the time. Looking back, my sister had the wrong technique but the right mentality.

And when the servants of David were come to Abigail to Carmel, they spake unto her, saying, David sent us unto thee, to take thee to him to wife. And she arose, and bowed herself on her face to the earth, and said, Behold, let thine handmaid be a servant to wash the feet of the servants of my lord. And Abigail hasted, and arose, and rode upon an ass, with five damsels of hers that went after her; and she went after the messengers of David, and became his wife (I Samuel 25:4042, KJV).

David and 400 of his men spent some time in Carmel. While in the fields, they graciously extended help to the Nabal’s servants. They ensured no danger or hurt came to them or their flocks. However, when David and his men needed a few supplies, Nabal refused to help them in return.

Nabal was married to Abigail who was a woman of good understanding (I Samuel 25:3). When she discovered her husband had turned David’s men away, she quickly arose, and began to send provisions to the camp. She sent what she could in various droves, and then followed herself to serve David—a beautiful example of servant-leadership (I Samuel 25:23).

Abigail was willing to serve and extend hospitality even before she learned how David helped protect her husband’s assets. She acted quickly—sending provisions on to the men even before everything was ready. She may not have been able to provide the perfectly-timed spread, but she did what she could and what she knew to do. Later, when Abigail’s husband died, David jumped at the opportunity to marry her. Why? Because Abigail had a servant’s heart. When she was called, she was again ready to serve.

What a testimony to Abigail. She pleased David—a man after God’s own heart (I Samuel 13:14)—because she was willing to serve. She may not have done it according to the standards in Better Homes & Gardens, but she did have the right spirit. It’s one we all need to possess and manifest in our Christian walk every day.

My youngest sister had this same mindset when she served all those years ago: that of a servant. A servant’s heart/mindset is what pleased David and it also pleases God. We need to ask the Lord to help us have a mind and heart to serve every day. We may not do it 100% right all the time, but God’s not looking for us to serve perfectly, just to have a perfect servant-heart.

Joanna Pierce attends Apostolic Pentecostal Church in Bloomington, Illinois, under the pastorship of Bradley Nave, where she serves in the ladies, media, music, and outreach ministries. Joanna holds a general license with the UPCI, and evangelizes in the district and local community.