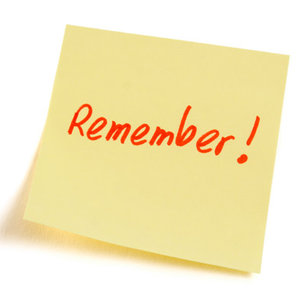 It was 6:45 A.M. on the morning of December 25th, 1971. Knowing that Dad and Mom would not get out of bed until the little hand was on the seven and the big hand was on the twelve, the next 15 minutes would seem to last an eternity. Of the six Johnson children, three were still at home, soon to be 14 year old Kenny, 11 year old Carl and the baby of the bunch, little “Brucie”, who had just turned the “Big” 6, a mere eighteen days before. The baton of instructions on how Christmas morning was to go, had been handed down from Charleen, to Rick, to Phylis and now was squarely in the hand of Kenny. He informed Carl and I that until Dad and Mom stepped out of their bedroom, walked down the hall, came down the stairs, made a cup of coffee and came and sat on the coach in the living room, not a present was to be touched and that the “alarm” known as the wrapping paper, was on guard and it would certainly sound off if the rules were not being followed. Good memory.

Fast forward seven years. I knocked the cigarette from my Mom’s hand and grab her with all that was within me. You see, it was the smell of that very cigarette burning my mother’s fingers that had caused me to do so. My father, who was extremely verbally abusive to us children and especially to my mom, had just finished one of his verbal assaults on her to the point that she had once again retreated into a coma like state as a coping mechanism to escape the barrage of screams, yells and insults. After screaming at my father in defense of my motionless mother in retaliation for what he had done, I would try to coax her back to a place of normality and I could sense that she was beginning to returned from her emotional and physical escape route when that first small tear began to roll down her cheek. Bad memory.

The definition of the word remember does not give a positive or negative cogitation on how it is to be defined, making the process of remembering the same no matter what is being recalled to the forefront of our minds, whether it a “good” memory or “bad” one. Merriam-Webster’s dictionary simply defines the word remember as, “to bring to mind or think again”.

A problem arises as the process of remembering is enacted by those that do not have a New Testament, Born Again relationship with the Great God and Savior, Jesus Christ. You see, without the knowledge, the faith and the understanding that the blood of Jesus as been applied to our lives through water baptism in His name, memories, especially those that are looked upon as being destructive, will eventually overtake them and be their downfall as they fall prey to the inability to cope with such things. When God is allowed to be at the center of our present, past and future, He imparts to us the ability to not only cope, but also to deal with and overcome the “not so good” thoughts of the past that would have played apart in us being held captive within its walls of pain and anguish.

When I read the words of the psalmist David that he wrote in the 17 verse of the 9th psalm… “The wicked shall be turned into hell, [and) all the nations that forget God”…I can not help but to think that it is not only a foretelling of what will occur in the future (“The wicked shall be turned into hell”) but also that it surely entails the life we live now. I have seen far to many people that are living a godless existence and literally living in a “Hell on Earth”. When we forget who God is and what He has done for us, we are opening up a spiritual pathway that we should never begin to follow. Rather we should be as the psalmist declares us to be and do…”Bless the LORD, 0 my soul, and FORGET NOT all his benefits: Who forgiveth all thine iniquities; who healeth all thy diseases; Who redeemeth thy life from destruction who crowneth thee with lovingkindness and tender mercies;” When we remember “all his benefits”, He delivers our lives from the destructive forces and the effects that come about when we forget all that God has done and the promises that He has spoken into our lives.

We need to put the “bad” memories at bay and continually bring the “good” to a place of prominence on our spiritual landscape. So, let’s heed the words of the Apostle Paul as he instructed the church at Philippi on this very matter… “Brethren, I count not myself to have apprehended: but this one thing I do, forgetting those things which are behind, and reaching forth unto those things which are before, I press toward the mark for the prize of the high calling of God in Christ Jesus.”