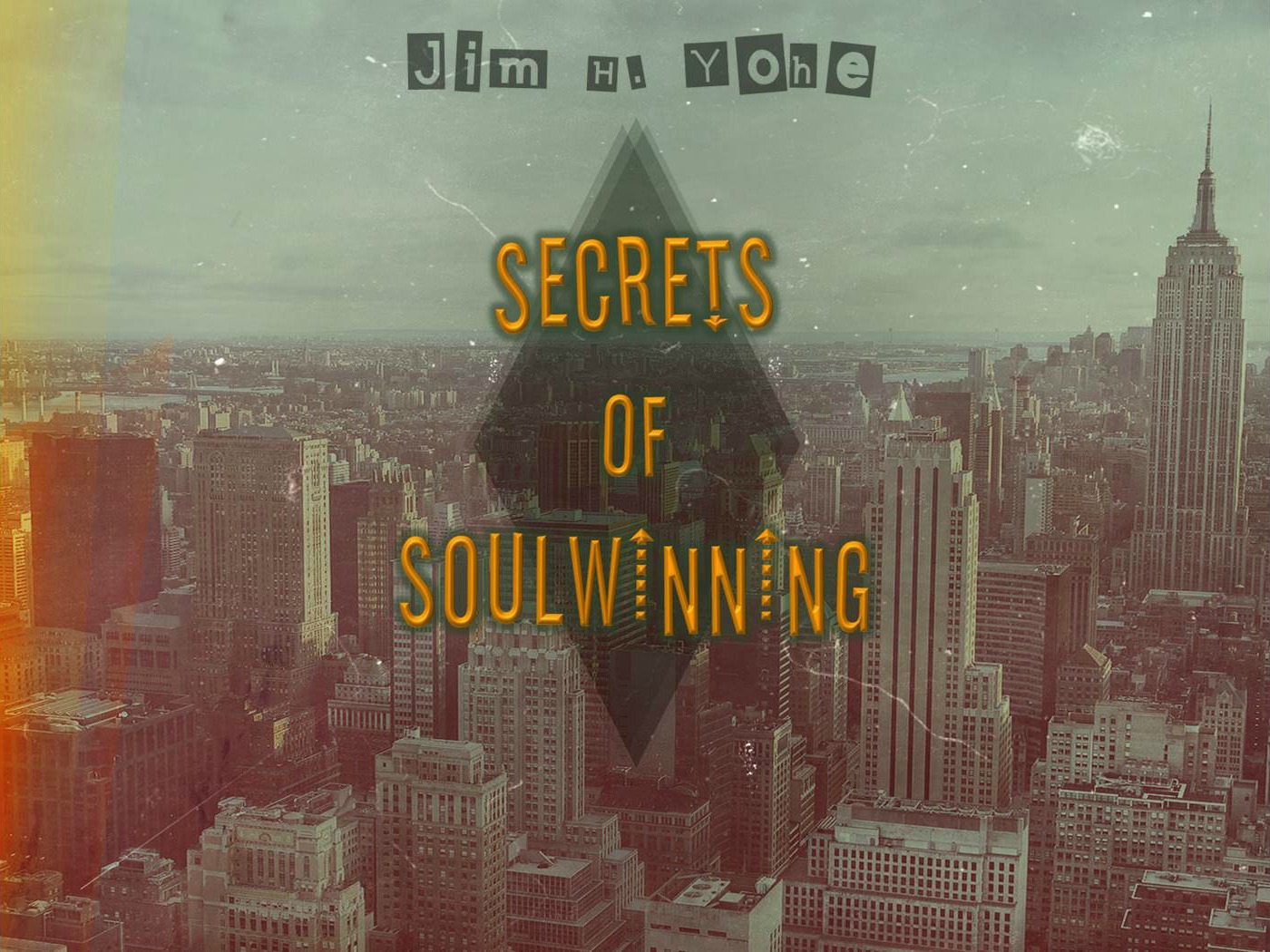 I confess that I’ve made many mistakes in my witnessing efforts to reach the lost. I grew up with the mind-set that people who didn’t share my religious convictions were straight to Hell! It didn’t matter whether they were agnostic, Baptist preacher, Catholic pope, Episcopal priest or any other minister or church member from the branches of Christianity; they were all in the same headed south. I was convinced that all the other Christian denominations really knew that we spirit-filled Christians were right, but because they didn’t want to “pay the price” of being different from everyone else, they deliberately taught false doctrine. In other words, I believed everyone was being dishonest about God except me and my little group. So, consequently, I didn’t respect the experience of anyone else.

Religious or atheistic, they were all fair game to me. Instead of seeking out any common ground of belief, I immediately went for the differences in doctrine that were sure to ignite a heated debate. After watching me street witness, one my friends commented dryly, “Jim, it’s a good thing you’re 6’3 and weigh 240 pounds! Otherwise, he would have decked you!” Motivated by deep convictions and religious zeal, I invaded the outreach crusades of other Christian groups, took over their microphones, and was once arrested and jailed. All the time thinking that I was on the side of truth fighting man’s false religious tradition. I always had this Old Testament model of a prophet calling down judgment in my mind!

That was almost thirty years ago. I was taken aback recently when I learned that the pastor of one of the largest churches that we had consistently attacked, now teaches my doctrinal position to his congregation. Why did he finally change? Because some other spirit-filled Christian took a different approach than I did. He approached him as a friend who had common ground in believing that the Bible is the Word of God. Observing that, “You catch more flies with honey than vinegar!” he was able to accomplish what our “bold” methods couldn’t. As time passed, this denominational pastor was convinced of the spirit-filled experience along many of his church members!

As Christians, we must learn to respect truth, nothing but the truth, and acknowledge truth no matter who affirms it! Carl Sagan once contrasted the varying degrees of commitment that science and the church world have regarding truth. “This is one of the reasons that organized religions do not inspire me with confidence. Which leaders major faiths acknowledge that their beliefs might be incomplete or erroneous and establish institutions to uncover possible doctrinal deficiencies? Science is forever whispering in our ears, ‘Remember, you’re very new at this. You might be mistaken. You’ve been wrong before.’ Despite talk of humility, show me something comparable in religion!” More truth is what we all seek even if we discover it outside of our own current religious experience! One religious sage proclaimed, “If a thousand old beliefs are shattered in our march towards truth, we must still on!”

Think about it; if you want to be someone’s friend, you find what you have in common with that person and then discuss subjects or participate in those activities in the friendship’s infancy. No one builds a friendship by focusing on differences of opinion! As the relationship matures, you can then begin to walk where “angels fear to tread.” King Solomon knew what he was talking about when he commented, “He that winneth souls is wise“(Proverbs 11:30). Successful soulwinners know that an investment of time is required. Soulwinning is rarely a hit and run operation. At the first contact, very few people are going to immediately fall at your feet and begin to repent!

No one responds to a know-it-all. When witnessing to traditional Christians, learn to show a little respect for their personal experience with God. Didn’t you feel the presence of God at repentance? Well, so did they! If you are for more truth from God, you may very well something from them that may strengthen your walk God. Believe it or not, God is not through revealing truth to mankind!

You happen to be spirit-filled, but have you really experienced everything you believe? Do you demonstrate – healing? Deliverance? Can’t you find room to grow spiritually yourself? In adjusting your attitude, put yourself in your friend’s place. Understand that you are trying to a fellow believer grow in Christ. Share what you without ridiculing or condemning what they have. Why focus on what they have wrong when God just wants share what you have right?

With the attitude of a fellow believer, realize that everyone is at a different stage of spiritual growth. I mean Baptist Church of God, Disciples of Christ, etc. as well as both Trinitarian and Apostolic Pentecostals! Before you judge others, first review your own salvational status. Are you saved? saved? Granted, you’re saved from your old sins, but are you eternally saved? As spirit-filled Christians, we are s-a-f-e but no one is really s-a-v-e-d until the pearly gates smack us on the backside! We may consider ourselves further along than other professed Christians, but we’re still to make Heaven our home! Please realize that most spirit-filled and mainstream Christians agree on basic Christian doctrines such as the inerrancy of the Bible, the blood, the family, morality, seeking to live a holy life, the d for salvation, the work accomplished by Jesus at Calvary, etc. It’s in the application of these shared truths that divide Christian believers. Often it’s our superior attitude that drives people away, not our Pentecostal beliefs!

We can accept that a grade-schooler is not as Knowledgeable as a junior high student. And likewise, a high-schooler is not as educated as a college senior about to graduate. If you are an upper classman, is it fair to be contemptuous at the lack of knowledge displayed by students who haven’t attained your level of education? Of course not! You should try to relate to them on the level of what they have been taught. In the area of religious experience, we should not display an arrogant attitude towards those who have only experienced what they’ve been taught. But for the grace of God, we wouldn’t know the deeper lifestyle enjoyed by spirit-filled Christians ourselves. The golden rule of “Do unto others as you’d have them do unto you” should be the first rule of successful soulwinning Mutual respect is the basis of all friendship or fellowship.

Can you imagine how it grieves the heart of God when some of us unwise soulwinners stand during the church service and testify, “Well, I tried to witness to them today, but they just couldn’t stomach the truth! Brothers and sisters, the world just doesn’t want holiness!” The actual truth is they couldn’t stomach your nasty, disrespectful attitude towards them and what they have from God. They didn’t see Christ in you! They didn’t see anything in you they would want in their own lives. Despite self-serving testimony at church, they didn’t reject truth, they rejected you. Tell me, should our soulwinning of fill up Hell or Heaven? Personally, I choose the latter.

The mythical Atlas once stated, “Give me a place to stand and I can move the world!” All Christians have the common 7 ground of the written Word of God. Acknowledge common belief, stand together upon it, and then do as did; point them to Jerusalem to Pentecost! As fellow believers, they should be made aware that, “Ye shall receive power after that the Holy Ghost is come upon you“(Acts 1:8). I rejoice that in my Christian walk I have won many to the Lord. It is my sorrow that I know that in foolish zeal have driven many away. I think it’s worthy of note that in the nine gifts of the Spirit, God provided the word of wisdom that would operate hand-in-hand with the word of knowledge. Because knowledge without wisdom can destroy! So God provides us not only a word of know: but also the wisdom in how to use it. In our soulwinning we should also seek wisdom in how-to-use the knowledge in] God’s word to save and not destroy! If he that winneth souls is wise, then he that loseth souls is foolish.

The above article, “Secrets of Soulwinning,” is excerpted from the 37th chapter of Jim H. Yohe’s book Believers’s Bootcamp, which was released in 2002.