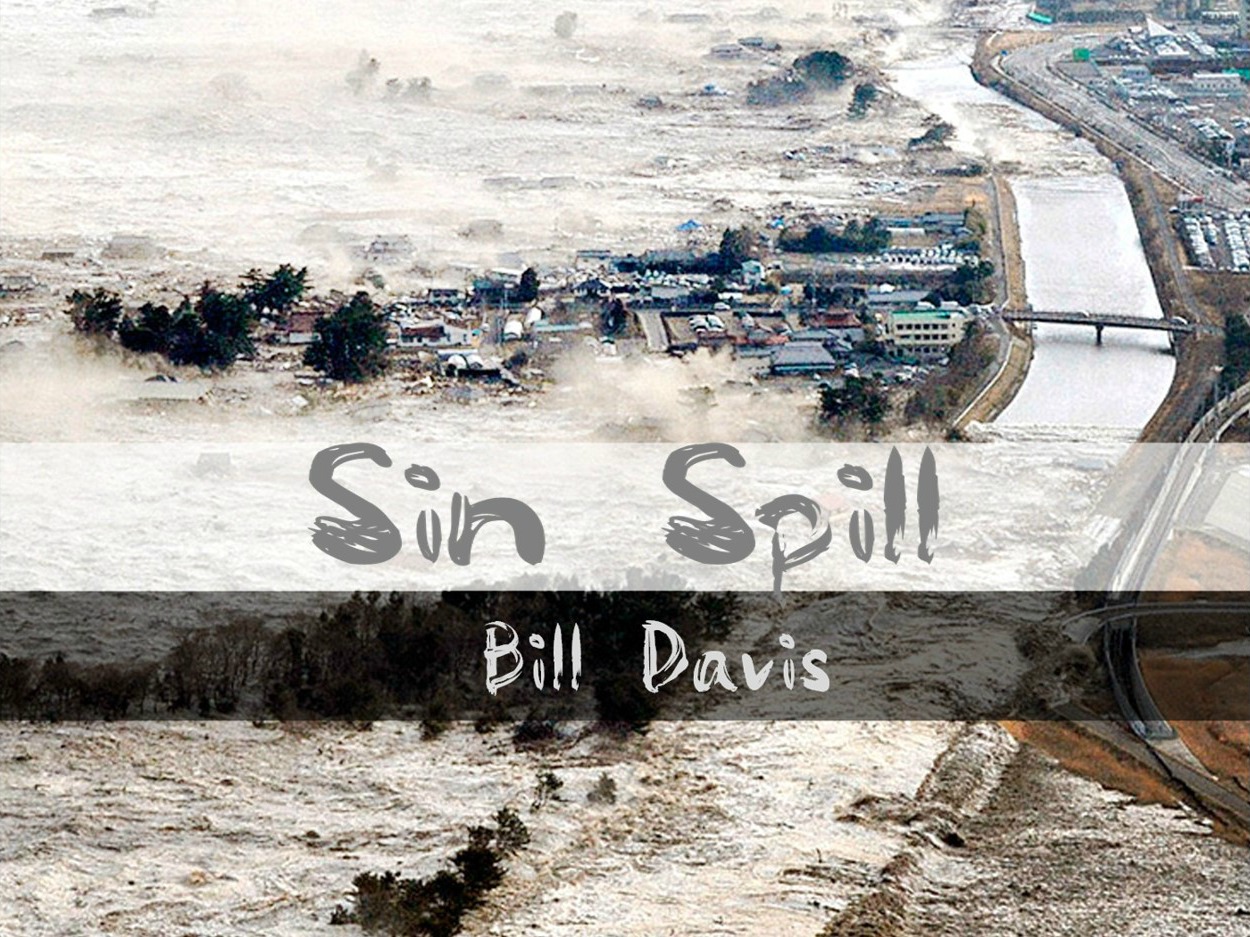 Human philosophy and psychological reasoning build weak levees of protection against the rush of the enemy into the minds of our generation. These levees are unable to hold back the surge of continuous attack that ultimately floods out of control. The levees have broken repeatedly and now our society is so polluted and infected with doubt, sin and gross unbelief.

The only hope is clear to the Church. Isaiah 59:19 gives us our security and hope. “When the enemy shall come in like a flood, the Spirit of the Lord shall lift up a standard against him.” The Spirit has used the Word to build levees that will not break or yield to the pressures of this culture.

Wrap yourself, your family and your Church in the Word of God!

The rush of dark muddy waters, swirling and moving with uncontested speed, swallowing everything in its path can be very frightening and deadly. The recent hurricanes that stormed the Gulf Coast can attest to that. First the steady hard rains, refusing to let up, feeds into rivers and inlets until waters swell over the banks, and then become floods and an evil enemy to crops, humans and property.

These floods cause great destruction. A flood can wash out foundations and bring down powerful structures. Destroy whole communities. Floods can cause the water supply to become contaminated. We experienced that here in my hometown in 1994. A remnant of a hurricane stalled over Macon, Georgia and waters poured from the sky until the Ocmulgee River overflowed the levees and the water supply was contaminated. We were twenty days without clean, usable water.

Water, when controlled, becomes a source of power; uncontrolled, it can make a deadly assault on a village or community that can take years from which to recover. The Bible states, the adversary can come in like a flood. Not quietly! Not silently! It is not smooth and alluring. There are times the powers of Hell move and attack like a lethal flood. An undisciplined force, assaulting and destroying everything in its place.

In 1989, the Exxon Valdez set sail to deliver 1,250,000 barrels of oil to Long Beach, California. The sailors tried to maneuver the tanker through and around the ice, but failed. In the early morning, it ran aground on Blithe Reef, in Prince William Sound. Described as the worst oil spill ever, the oil began flowing into the waters. The sandy shorelines were soon saturated with crude oil. Some 1,800 square miles were covered. In three hours, 138,000 barrels of oil had filled Prince William Sound.

The oil resting on the top of the water was 2-4 inches thick. The beaches were two feet deep with oil as the spill saturated the sand. Rocks, sand and water were victims of that oil spill which caused irreversible harm. Fish in the water died from suffocation. Other animals’ fur, acting like a sponge, soaked up the Valdez oil. Animals were struggling to walk, to fly, to live, to survive. Some succumbed to the weight of their oil soaked furs and drowned.

Because of constant habits of nature, the birds flew into the water, searching for food. Tragically, their feathers gummed up from the oil. Their wings were so thick with oil they were unable to navigate properly, even if they were able to fly. As a result, they flew into rocks like misguided, pilotless planes.

The first attempt to control the spill was to put solvents in the water to break down the oil. That failed. The oil kept gushing out of the tanker. The spill kept spreading and expanding. By midmorning, a quarter million barrels of oil had spilled into waters and over the land. Animals and the environment remained victims to one of the worst environmental disasters of our time. The damage lingers on even today. The cleanup had some success, yet the scars are with us still.

The people involved and associated with the disaster concluded that oil spills could not be controlled or managed. The tedious process of cleanup meant everything had to have personal attention. The sand, the rocks, the trees, all had to be scrubbed and scraped. Then the oil had to be hauled off. Each animal had to be individually cleaned. Every feather, each claw, each foot, all had to be personally cleaned. There was no quick fix. No easy solution. It would take a long time to repair the damage. Animals and birds, once they were cleaned, would yield to the instinct to escape and return to a polluted environment. They had to be secured for their own safety and salvation.

Over six thousand years ago, there was an even worse spill in the Garden of Eden—a sin spill. A serious tear in the fabric of man’s obedience to God caused a surge of sin that has ever since remained out of control. That first act of sin that spilled in the garden has covered every generation for 6,000 years. The swirling power of black evil has flooded the world. Hardly anything has escaped. The political world, the educational world and the entertainment world all have been polluted by the spill of sin in every form.

The human race has had wars and conflicts that have devastated nations. Children have been left helpless and fatherless. Disease, hunger and suffering have been the normal life conditions for the war-raged nations. The addiction of drugs and alcohol along with tobacco has wreaked disease, pain and death on humanity.

Schoolhouses explode with misguided youths turning learning places into slaughterhouses. It is more than just a bad parent or a troubled youth. It is sin. What was once a small spill is now a flood of perverted evil filling the minds of a generation who lack direction and are without God.

No one is exempt from the terrorists’ hate. There are no boundaries to their devilish evil.

The enemy from Hell has come in like a flood. No government has stopped the tide. No military force has been able to slow the sin spill.

Planes, bombs and missiles have been built and employed to fight terrorists and dictators, but what was learned at the Valdez oil spill is being learned today. You cannot control the oil spill; you cannot manage the oil spill. The same goes for the flood of sin and evil. You cannot control sin. You cannot manage sin, for “evil men and seducers will wax worse” (2 Timothy 3:13). Hell has prevailed. However, there is one answer, and it is clear. It is direct, simple, and sure.

When we hunger for God, when we reach out to God, when we thirst after the living God, He will come to us in power, in strength and in authority. When men believe and repent, when they are born again of water and Spirit as it says in John 3:5, Hell’s aggression is stopped.

Acts 4:31 was the hope and answer for the early Church. It is still our answer today. “And when they had prayed, the place was shaken where they were assembled together; and they were all filled with the Holy Ghost, and they spake the Word of God with boldness. ”

“And the Lord added to the church daily such as should be saved” (Acts 2:47).

There is power and deliverance when we embrace the Word. There is strength and salvation when we are Spirit-filled and Spirit controlled. Revival is the result of Word and Spirit and faith. And that is the only standard against the sin spill.

There was a terrible sin spill in Eden. The damage to the past generations is irreversible. The damage to the present generation can be corrected. Two thousand years ago, there was a blood spill on an old rugged hill that looked like a skull. That blood is powerful. That blood can wash away the sins of mankind. There is indeed power in the blood. The blood of animals had some power in the Old Testament, but the blood of Jesus has all power.

There is power in His blood—wonder working power!

The above article, “Sin Spill,” was written by Bill Davis. The article was excerpted, with permission, from the ninth chapter of Davis’ book, The Gates of Hell and the Prevailing Church.