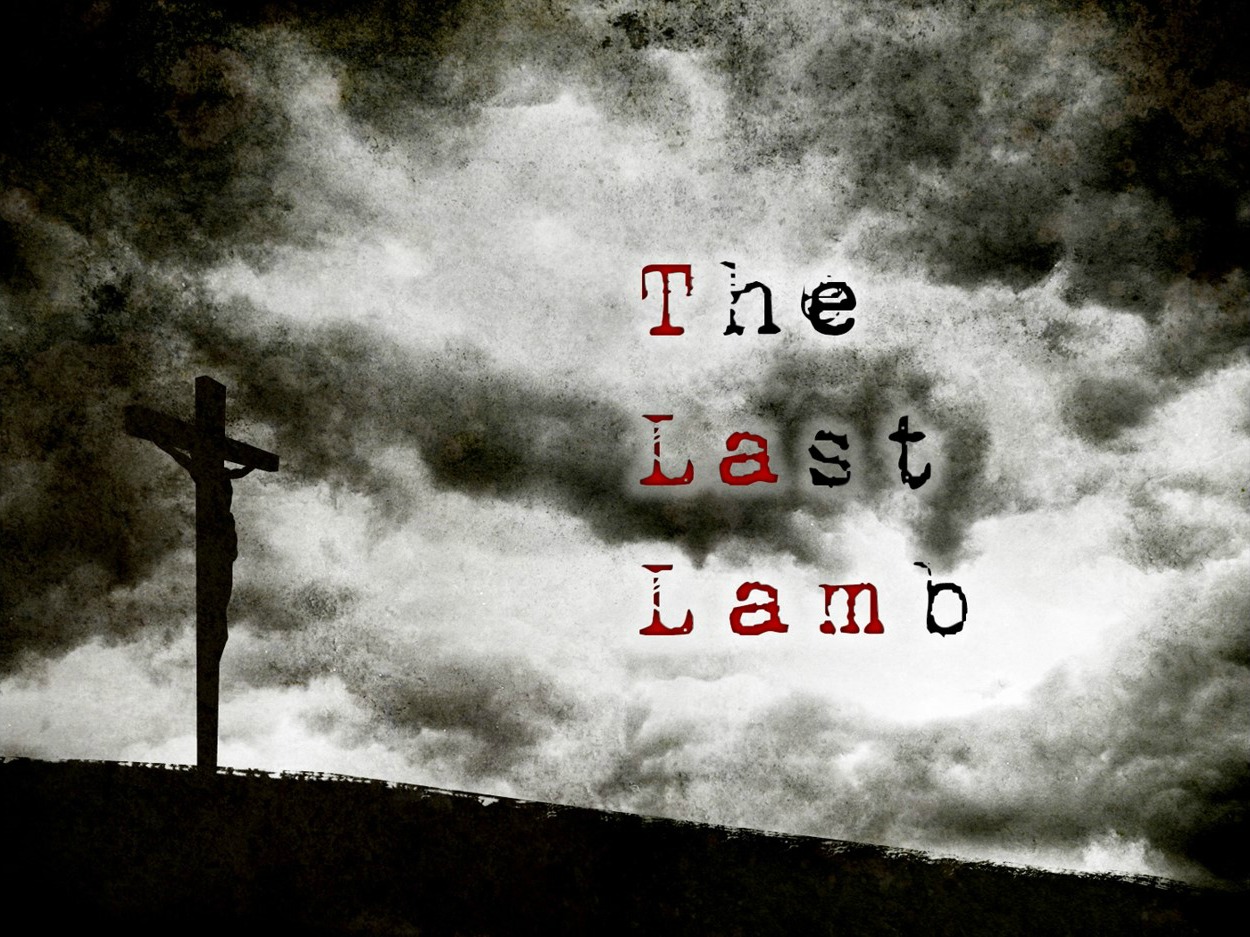 “This is your hour, and the power of darkness.”

The crowd did not understand the strong, stunning words of Jesus that night in the Garden. They were not able to comprehend the terrible conflict that was underway. Forces that had opposed each other for hundreds of years were now in the same arena. Besides, who pays attention to a prisoner’s words anyway? In a few hours, this man would be history.

Jesus was relinquishing this hour, this moment in time to Hell’s bitter intentions, but only to fulfill the Divine Purpose of God. The Power of Light and the Forces of darkness were standing face to face. The contrasts were sharp and clearly defined. The emerging battle in the spirit world would affect humanity, all of humanity, for all time and eternity.

The Divine intentions of God and the satanic plans of the devil were materializing in this garden. The garden, a place of beauty and lovely fragrances was host to the conflict that had been planned before the world was. The blood on Jesus’ face was the first visible signs of this battle, and the fact that he was standing was testimony—he was the Victor! Satan was tending to a bruised head!

The Supper of our Lord with his disciples was over. He had washed their feet and taught them the lesson of serving. He had explained that greatness in His kingdom was not measured by fame and position, as it was with the Gentiles, but rather in serving. And in the midst of this fellowship and last gathering, the traitor had slipped out into the night to keep his rendezvous with the enemies of the Lamb of God.

This night the disciples had been encouraged to pray on two occasions. Peter, James and John were pulled deeper into the mystery of Jesus’ conflict with Hell. They mumbled a few words of prayer and then slipped into sleep. They probably had no real understanding of how or what to pray about. The seriousness of this time had not penetrated their simple minds or spirits. The forces of evil were taking their places in this crucial hour for a face off. Everything was falling into place like a well-scripted play. Each person behaved as if he had lived a lifetime in preparation for his part.

Judas had collected his funds for the tragic deal of betrayal. There was not enough money to save, to invest for the future. Thirty pieces of silver was not much, but better than nothing. Only enough to seal and fulfill judgment against his soul. He was now leading a band of soldiers to the sacred place of prayer. How sad for Judas. How pathetically sad. He was so unaware that the seed of the woman had just crushed the head of Satan. It had been a long day and it would be a longer night as well.

Now, this was Satan’s moment. And, Oh! How he had waited for this moment! The eagles were gathered together against the carcass. Their prey was the Lamb of God. The Last Lamb. Judas would mark his victim with a kiss. The gates of Hell were prevailing on the hour. The “Last Lamb” would soon be the slaughtered lamb. Finding a Judas in the small circle of Jesus’ friends was one lucky break for the priests!

The traitor stretched his neck, leaned forward, and pressed his treacherous lips against the bloodstained cheeks of the Lamb of God. The warm, salty blood mixed with sweat clung to the lips of Judas. “Hail, Master,” he mumbled and then backed away.

But Jesus marked the moment with these powerful words, “This is your hour,” Jesus said, “and the power of’ darkness.” This well orchestrated mob assault coming from Hell, set His words aside, missed the revelation of the moment. Soldiers pressed closer while lifting torches high into the air to see the Nazarene. The shadows of the night danced with shifting images as the evening breeze brushed against the branches and leaves.

This man, Jesus, had to be stopped. No one had ever affected people like Him. Stories about Him were wild and crazy. Blinded eyes were opened. Dumb were speaking. Lame were walking. Feeding the multitudes. Darkness was pulsating in its awful hate against the perfect one.

The forces of the damned would do their best and their worst. The powers of Hell would prevail, but only for a moment.

The act was fast! No one saw Peter’s hand move. With anger and speed, he snatched the small sword from inside his robe and with a swift swipe, the blade cut right to the side of the soldier’s head. It was a perfect strike. The ear was severed from the side of the guard’s face.

The soldier screamed as his own hand flew to touch the place of searing pain. The witness of blood and raw flesh stirred at his insides until a queasy feeling was rolling in his stomach. The warm blood was rolling down his cheek and falling on his armored shoulders and chest. He was stunned and almost in shock. After a moment, the noise of voices and fowl language swarmed around his head. Nothing made sense. How had they all been so clumsy as to allow something like this to happen? The guards moved fast to grab Peter.

The wounded soldier saw a hand moving to the side of his head. He watched, unable to move. His eyes were transfixed on the movement of the Galilean’s hand. And in His hand was the severed ear. Still, there was no movement from the soldier.

Jesus placed the ear where God had long ago decided it should be. Suddenly, there was no flowing blood. There was no pain. It was almost as if it had never happened. The soldier did not know what to say. This was unlike any other conflict he had ever engaged in. The enemy usually finished off the victim. Not heal him or cure him. He just kept staring at the Galilean.

From this event, a great message emerged. An eternal purpose unfolded.

“This is your hour, and the power of darkness.” But this hour of evil and darkness could not prevail against the love or the compassion of God. In this moment of evil and darkness, Jesus let it be known, “I am in control. I am always in control. You cannot prevail against the power of God. Do not ever think you can. I may give Hell a moment to do, but I am always in control.” The Lamb of God is yielding to Hell, but the Lion of Judah is roaring with power!

The eleven scattered. Who could really blame them? The place was now dangerous and the confusion overwhelming. The evil powers had turned on their own, like wolves reacting to the taste of blood. They drove Judas over the edge. He hung himself. They troubled Pilate’s wife from her sleep. And as for Pilate, he was stalemated. As the crowds shouted, “Kill him…kill him! Kill Jesus! Caesar is our king!”

The Last Lamb was beaten. He was rejected. The crazed mob drug and pushed him to the Hill of the Skull. There they pounded the nails into his hands and feet. Hell had prevailed, but only for an hour. They sat down to watch Him die, they punched each other and mumbled and made jokes while they watched Him.

The Lamb was in the grip and power of darkness only for an hour, but in that ruling moment of evil, there was a paradox of happenings. There gushed forth redemption so potent, so powerful, that the worst of men could find mercy, grace and salvation.

That ugly hour was Hell’s best and God’s greatest. Mary’s lamb was dying. But in that hour of hellish evil, there were stripes for healing, blood for forgiveness, and the promise of power to overcome and to conquer sin. And best of all, the hope and resurrection. This Lamb was the Last Lamb to die as a substitute.

Jesus entered the grave as a slaughtered Lamb. But he was more than a Lamb. He was the Lion of the Tribe of Judah. He was God in flesh. And the flesh, the Sonship, would die. However, the Eternal God who lived in Him would not, could not die! What was born in Bethlehem would die on the cross but if it were not born, it would not die! If it did not have its beginning in Bethlehem, it would not have its ending at Calvary. The Son died, but God, the only God who lived in the Son, was I Am and was the Alpha and Omega.

After three days in the grave, that body was once again filled with the Holy Spirit. The great eternal God raised Christ from the dead. And Paul communicated a promise to humankind.

This Church was bought with His blood—baptized in His name—filled and empowered with His Spirit. There is no doubt or question that this Church is His Church. His Church that He will present to Himself and it will not have a spot, wrinkle or blemish!

The above article, “The Last Lamb,” was written by Bill Davis. The article was excerpted, with permission, from the sixteenth chapter of Davis’ book, The Gates of Hell and the Prevailing Church.