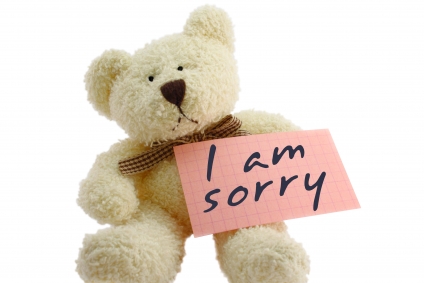 “From whence come wars and fightings among you? come they not hence, even of your lusts that war in your members? Ye lust, and have not: ye kill, and desire to have, and cannot obtain: ye fight and war, yet ye have not …” James 4:1-2

“Brothers are born for adversity.” I knew my brother was created just to ‘bug’ me.
Children can be so sweet, and yet so frustrating. Our children want, and cannot, have their way – and thus begins the conflict. Part of the problem is that we parents have not taught our children how to manage their own conflict nor allowed them to reap the consequences of their actions. We try to resolve all conflicts for them.

The story is told of a trip where a brother and sister started a conflict in the back seat. The father told them to stop. The battle continued. Finally the father warned them that if it did not stop, he was going to make them get out on the highway and walk.

They still kept up the fighting, so he chose a straight piece of highway and stopped the car and told them to get out. In shock and disbelief, they got out. He drove off and went down the highway for a quarter mile and pulled over. He watched them as they silently trudged up the road. When they got to the car he opened the window and asked them if they had resolved their conflict. They sincerely said that they had. He invited them back into the car and proceeded in peace.

From that time on, all he had to do is suggest a walk – no preaching and with no anger.

If you are working with children you need to expect conflict, learn the skill to deal with it and not be frustrated by it. Sibling rivalry is not new. Cain became jealous and then angry when he felt God preferred Abel’s sacrifice. Esau and Jacob were rivals for the birthright.

Parents who openly show partiality and take sides encourage the rivalry. Jacob did the same in his own family – showing partiality not only to Rachael, his favored wife, but also to Joseph, her son. In the story of the Prodigal son, we again see the eldest son falsely perceiving the father of being unfair.

As adults, we must recognize that the reasons for conflict in children are no difference than with adults and between countries. All mankind have the nature of Adam. They also model their environment.

The main reasons for conflict and misbehavior are:

Parents, we must be careful that we do not react in a way that feeds these desires and thus promote conflict.

1. Stay Out of the Middle of Your Child’s Conflict

“He that passeth by, and meddleth with strife belonging not to him, is like one that taketh a dog by the ears” (Proverbs 26:17).
If a child is having trouble getting along with other children, he lacks social skills. These only come by having these skills actively taught and having them modeled. He then needs the right to try them out –and suffer the consequences when he fails. Do not run interference. Give your children the chance to learn from the natural consequences of their own actions. We are role models -not referees. Never stand between your child and legitimate authority! Give your child the right to learn the benefit if peace.

2. Refuse to Referee Your Child’s Conflict.

Just as in athletics–kids agree to fight. In every athletic event there are rules to be followed by which they struggle to win. Without these rules there is no competition, and without a referee there is no victory. Children make the rules and we are drawn into determining winners. Your child knows just how far to go to get you, the parent or teacher, to agree to “call the plays’ [-and lose your composer]. The verbal fighting in the back seat of the car is done primarily to get the parents attention. No attention, no fight-ultimately peace!

3. Give Positive Attention to Your child for Positive Behavior

As parents and teachers we must understand that children desire the attention of the significant people in their lives. Catch them getting along and praise their efforts. Model conflict resolution in you family.

4. As the last Resort:
Move in slowly – keep your cool
Do not preach – the fewer the words -the better
Separate combatants – have them sit until cool
You are not the judge and jury – Just the friendly policeman
Ask if they are ready to shake and be friends.
Release children after they have come to agreement
I do not believe in plowing small fields with big tractors