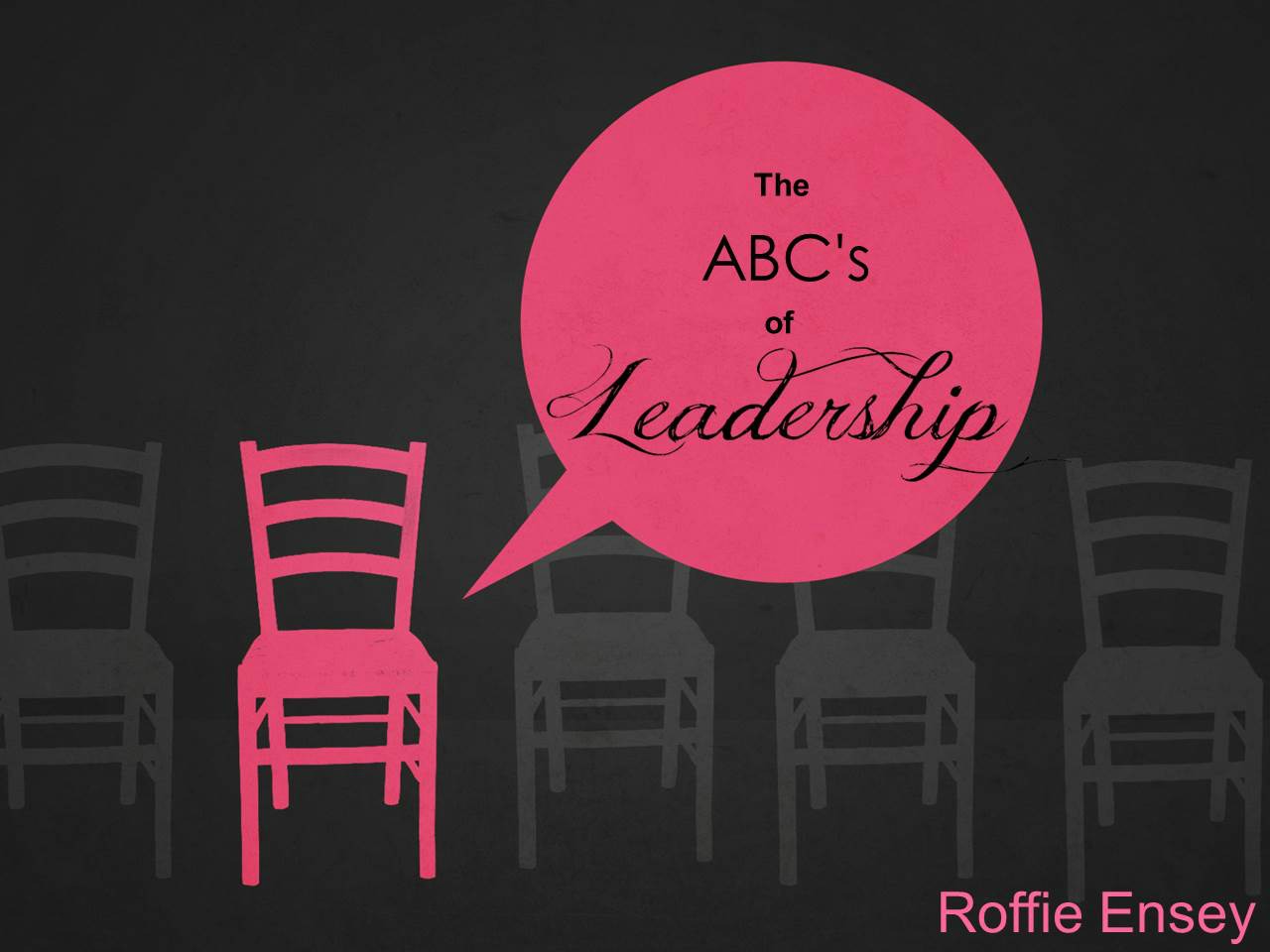 This servant obeyed and did not grumble or complain. He didn’t go out the next day and start marching in the street for equal rights. Nor do we read where he spread ill will among his fellow laborers. The most amazing thing about this story is that Jesus said this man should not even be thanked because he only did what he should have done!

The ABC’s of Leadership RTF

The ABC’s of Leadership- outline

The ABC’s of Leadership PPT

Attitude of a Servant

Some women become a part of the ministry with visions of power and popularity in their heads. They envision themselves on an ivory pedestal with multiplied numbers of followers who are existing only to accomplish their will. This is not the way it is, nor should it be. Leaders are made for people, not people for leaders.

A basic human need is for guidance. In the Bible people are compared to sheep. Sheep cannot be driven like cattle. Neither can they simply be told what to do and left on their own. The shepherd must lead them. Your husband is the shepherd and you are the shepherdess! This puts you in a position of leadership. What does the Bible have to say about those who want to be good leaders? Let us look into the Word and see what Jesus said about leadership.

Jesus knew the time was come for Him to go to the cross. He knew He would not be with His disciples long and no doubt there was probably some searching going on in His mind. I have tried to imagine how He felt that day, knowing that much of the success of His ministry in the future would depend on these men. No doubt He was thinking, “What can I say to reinforce everything I have tried to teach them over the past three years?” However, words did not seem sufficient to convey the message He wanted them to get.

As we read the account of those last hours, we find that Jesus did not cover the highlights of the Sermon on the Mount. Nor did he give them a list of the top twenty principles of life. He simply got up, girded a towel around His waist, took a basin of water and began to wash His disciples’ feet.

When the disciples came into the room that evening, there was no servant to wash their feet as was the custom of that day. We can gather from what we read that each of the disciples thought he was above washing feet. So, in this last hour with His disciples, Jesus chose to teach by actions, rather than preach with words.

The setting for this scripture was when the mother of James and John came to Jesus desiring that her sons be allowed to sit with Him in His kingdom, one on the right side and one on the left. When the other disciples heard this mother’s request, they were indignant. Knowing their thoughts, Jesus gave his disciples this principle to live by—if you want to be great, if you want to be a leader, then learn to be a servant!

In His last hour Jesus reinforced this principle by His actions. He knew who He was, where He had come from, and where He was going. He was confident enough to assume the attitude of a servant and to teach His disciples by His example.

The ABC’s of Leadership RTF

The ABC’s of Leadership- outline

The ABC’s of Leadership PPT