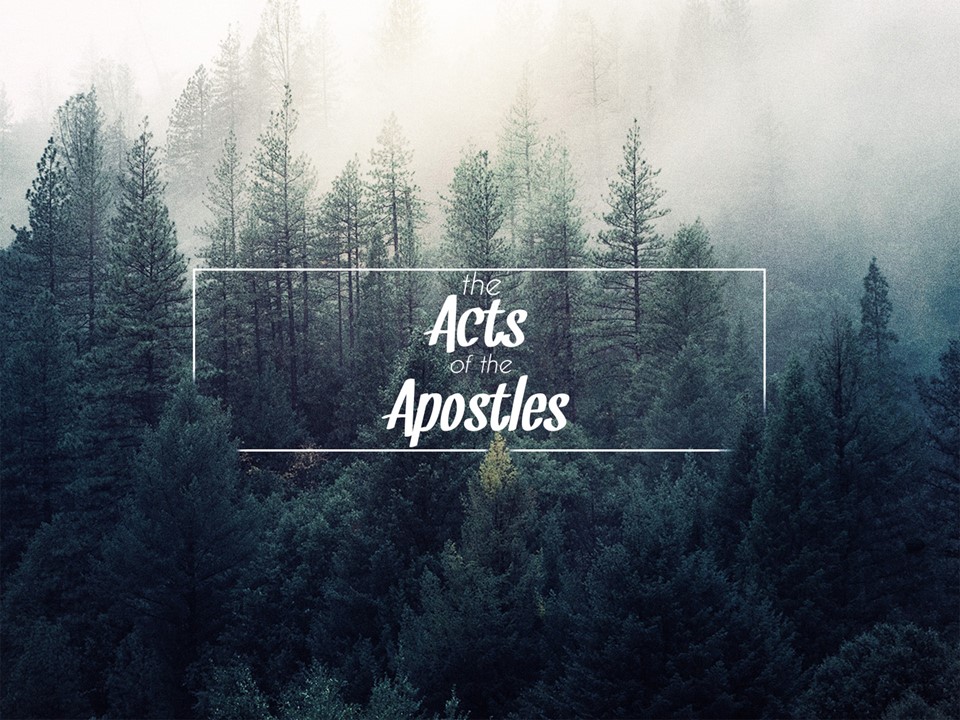 LESSON ONE
THE ACTS OF THE APOSTLES

A. THE IMPORTANCE OF THE BOOK OF ACTS:

The Book of Acts is the one historical book of the New Testament. This book is the chief source for information concerning the early Apostolic church. It gives us an accurate record of the birth of the church and the growth of the church during a period of approximately thirty years.

The New Testament is divided into four divisions as follows:
1. The Gospels – The record of the life and ministry of Jesus while here upon earth.
2. Acts – The history of the early church.
3. The Epistles – Letters of instruction written to individuals or churches who were already Christians.
4. Revelation – The one book of prophecy in the New Testament.

It can readily be seen that if we desire to learn regarding the experience that the early church had, we must turn to the book of Acts. We cannot expect to find the plan of Salvation in the Epistles. It is in the Acts of the Apostles that we read about how a person can be saved.

This book also gives us the right principles for revival and missionary work; it gives us a pattern for church government and lays the foundation for doctrine later developed in the Epistles.

Some have said that the Four Gospels gave F-A-C-T-S. that the Book of Acts gave A-C-T-S.

B. THE DATE OF THE BOOK:

The date of this book is given to be 63 A.D. The reason for fixing the date here is simple. The Apostle Paul arrived at Rome early in 61 A.D. The book closes with a statement of “two whole years” of Paul’s first imprisonment. This places the book to be dated 63 A.D.

The book does not mention the burning of Rome in the year of 64 A.D. and the great persecution of Christians which followed, nor does it mention the destruction of the Temple and Jerusalem in 70 A.D. There- fore the book must have been written before these events.

C. THE AUTHOR OF THE BOOK:

Luke, the physician, was the author of the book. The author was a companion of the Apostle Paul and joined Paul at Troas. The personal pronoun “we” reveal when Luke was a companion of Paul (Acts 16:10- 17; Acts 20:5-21; Acts 27:1 thru 28:16). By the process of elimination the author has to be Luke for these “we” sections mention all of the other companions of Paul.

Also it is evident that this book was written by the same author as the Gospel of St. Luke. Luke was a Greek and not a Jew, for in Colossians chapter four he is distinguished from them who are said to be of the circumcision.

Luke answered the Macedonian call along with Paul and later was in charge of the church at Philippi for about six years. He was with Paul during his second imprisonment (II Timothy 4:11).

The “former treatise” refers to the Gospel of St. Luke. The Book of Acts is a continuation of the gospel and begins where the gospel leaves off.

Both books were addressed to Theophilus who was undoubtedly a Roman or Greek officer, but with a Greek name. We know very little about Theophilus except he was addressed as “most excellent Theophilus” which tells us that he was a man of high rank, possibly a governor of some province. He also must have been a friend of Luke to whom Luke had witnessed and even won for the Lord. Although we do not know, it is a possibility that this man was a convert to Christianity.

Luke was able to write the latter part of this book through his own personal knowledge and experience. Very likely he kept some sort of diary. For the Gospel of St. Luke and the first part of this book, he had access to the information that Paul could give him along with that of others such as Silas, James, Philip and his daughters, etc.

D. THE PURPOSE OF THE BOOK:

E. THE COMPOSITION OF THE BOOK:
1. THREE MAIN DIVISIONS:
(a) Chapters 1-5. The Apostolic Church giving the account of her birth. The main character at this time is Peter.
(b) Chapters 6-12. The Persecuted Church showing how the church was scattered. The main character during this period is Stephen, the first martyr.
(c) Chapters 13-28. The Missionary Church revealing how the gospel was taken throughout the world. The main character here is the Apostle Paul. In the Alpha Bible Course there are TWO units of study on this book. This first unit studies the first two divisions to the end of chapter twelve. The second unit will study this third division starting with chapter thirteen and continue to the end of the book.

2. KEY VERSE:
The key verse of the entire book is Acts 1:8, “But ye shall receive power, after that the Holy Ghost is come upon you: and ye shall be witnesses unto me both in Jerusalem and in all Judea, and in Samaria, and unto the uttermost part of the earth.” This single verse expresses the theme of the entire book.

NOTE: The student should now read the Book of Acts completely through, the entire twenty-eight chapters, before beginning Lesson Two.

LESSON ONE
SELF HELP TEST

A. Who wrote this book?
B. To whom was it written?
C. What is the key verse of Acts?
D. When was this book written?
E. Why is this book important?
F. When did Luke join the company of Paul?
G. Who was Theophilus?
H. What are the three divisions of this book?
I. What other book had Luke written?
J. How do we know that Luke was not a Jew?