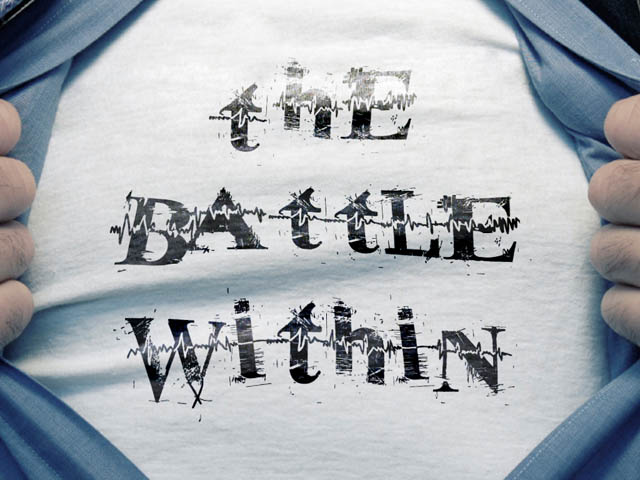 In life, we are consistently challenged with battles that seem determined to bring us down. A daily battle that even Paul himself was found writing about. In Romans 6, Paul wrote about the challenge of being crucified with Christ to destroy the carnal, sinful flesh that we are plagued with in an attempt to be set free from our carnal selves and not be a servant to sin. In his writing in Romans 6 it seems, relatively, easy. We just have to crucify our flesh through prayer, fasting and other means, say no to things of sin, and then we are able to be set on the path of living righteous and holy in this present world. Yet, when confronted with the situations, I feel that we can more relate to the writings of Paul in Romans 7.

The first time I went through Romans 7 was my first year of Bible Quizzing. We were learning the book of Romans and, dreadfully, it was time to learn chapter 7. It started like any other chapter, but I remember one night where my parents and I were in the living working on this chapter. Tears were shed by me and probably my parents. It was a complete struggle to learn the chapter because of the structure in which Paul wrote this chapter. As I grow older, I am more able to relate to the chapter. It is confusing for a reason. Paul writes about the struggle of desiring to do good and live right, yet finding himself doing that which he hates, sin. It is a struggle that we all find ourselves in at one point or another. We hope that we do not fall prey to our flesh. If we are successful, normally we find that there was more than just hope – but prayer, fasting, a desire to live right, and yearning for more of God.

Recently, I heard a preacher say that “often people are not willfully disobedient, they are just distracted. I don’t think people always decide to live in disobedience, sometimes life just creates a scenario that robs you.”

This statement is, in my opinion, partially true. Normally, people do not wake up and say I am going to lie today, or cheat, or steal, or anything else that would be classified as a sin or wrong by a moral standard. Rather, they allow life to put them in situations where they are having to make moral decisions that become very difficult because of the situations they are presented with and normally by actions that they have already taken.

Through May 20, our church is running a campaign called “What is Pentecost?”. What is presented is many testimonies of different people telling how Pentecost changed their life. Through it, we will see people that were formerly addicted to drugs and alcohol, had a deep love of the things of this world, were abused and violated, and more. But after living a life of sin and immorality. If you want to see their testimonies, they will be released through the next few weeks on minotchurch.com. Aside from the mini promotion that I just did, what we are able to see is that while there are people, just like us, that were bound by the sinful nature that is our flesh they were able to find freedom from this, as Paul stated, through Jesus Christ our Lord.

I could go on, but will end with this. In Acts 2, when Pentecost was first experienced, Peter gave a plan for salvation. He stated, “Repent and be baptized every one of you in the Name of Jesus Christ for the remission of sins and ye shall receive the gift of the Holy Ghost. For the promise is unto you and to your children and to all that afar off…” While keeping the flesh is something that takes a daily commitment to reading the Bible and praying, we have been given a chance of redemption from the sinful nature of our flesh. We have the answer to conquer the Battle Within – Jesus Christ.

Jonathan Starr is a young minister at Apostolic Faith Church. With his wife, Taneil, they help in various places of the church. Their biggest desire is to see the kingdom of God grow and being apart of that in any way possible.