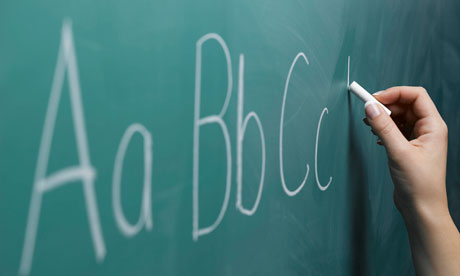 One of the most powerful things that can be done to enhance the effectiveness and productivity of ministry is to recognize that each believer is gifted to perform specific tasks. Rather than lumping everyone together, expecting each to do equally well in all areas of ministry, it is best to help people discover and develop their unique gifts.

In at least four places, the New testament discusses the giftednesi of believers. Paul’ wrote, “Having then gifts differing according to the grace that is given to us, let us use them: if prophecy, let us prophesy in proportion to our faith; or ministry, let us use it in our ministering; he who teaches, in teaching; he who exhorts, in exhortation; he who gives, with ‘liberality; he who leads, with diligence; he who shows mercy, with cheerfulness” (Romans 12:6-8).’ These seven gifts are sometimes referred to as motivational gifts. For example, whereas some believers will be specially motivated by opportunities to give, others will be specially motivated by opportunities to teach. Although all believers will no doubt be involved to some degree in each of the activities Paul mentioned, he did indicate that, by the grace of God,
,:„ believers have differing gifts.

‘It is important to note that Paul prefaced his remarks by comparing OM church to the human body: “For as we, have many members in one body, but all the members do not have the same function, so we, many, are one body in Christ, and individually members of one ,another” (Romans 12:4-5). This is
similar to Paul’s discussion of spiritual gifts, to which he made an extended comparison with the human body. (Sec I Corinthians 12:12-27.) The idea here is the same as in Romans 12. Paul wrote, “There are diversities of gifts, but the same Spirit” (I Corinthians 12:4).

At the conclusion of his comparison of the various functions of members of the human body to the varieties of spiritual functions connected with the nine spiritual gifts, Paul wrote, “And God has appointed these in the church: first apostles, second prophets, third teachers, after that miracles, then gifts of healings, helps, administrations, varieties of tongues” (I Corinthians 12:28). Then, again indicating the unique giftedness of each person, Paul pointed out that not everyone is an apostle, a prophet, a teacher, or a worker of miracles. Not everyone has the gifts of healings, tongues, or interpretation (I Corinthians 12:29-30).

Further, Paul listed the various positional gifts given to the church in conjunction with the ascension of Christ: ‘And He Himself gave some to be apostles, some prophets, some evangelists, and some pastors and teachers” (Ephesians 4:11). This is commonly referred to as the five-fold ministry, and that may be a good summary. A case could be made from the Greek text, however, that this listing would be more accurately described as a four-fold ministry, with the gift of pastor/teacher being one.

But Paul was not alone in his understanding of the individual giftedness of believers. Peter wrote, ‘As
each one has received a gift, minister it to one another, as good stewards of the manifold grace of God” (I Peter 4:10). The only two gifts to which Peter referred were speaking and ministry (I Peter 4:11).

Although there could be some overlap between these gift lists, we may not be sure, for example, whether the gift of prophecy referred to in Romans 12:6 is the equivalent to the gift of prophecy of I Corinthians- 12:10 or to the ministry of a prophet in I Corinthians 12:28 and Ephesians 4:11. It is beyond the scope of this article to explore all the areas of possible overlap or distinction between the lists. Also, we do not know whether these lists are intended to be exhaustive or whether there may be other gifts not specified.

None of the gift lists ‘claims to be exhaustive. But what we can see is that there is a wide range of gifts given to each member of the body of Christ. Not only that, but experience indicates that some people are given more than one gift, often in a kind of dominant/subdominant pattern.

After I discussed these ideas in a Bible class at Christian Life Center, Curt Veeneman, whose PhD in music composition gives him a strong background in mathematics, entered twenty-one of the gifts into Pascal’s Triangle and discovered that they result in a possible 2,097,152 combinations! No wonder there is such variety in the body of Christ. Each of us tends to view the work of the ministry through the lens of the unique combination of gifts we have received from God.

The Gift of Teaching
If we exclude Peter’s reference to the gift of speaking (although it may include teaching), the gift of teaching appears in three of the gift lists. It is one of the motivational gifts (Romans 12:7), one of the
gifts (Ephesians 4:11), and it is listed third after apostles and prophets in I Corinthians 12:28. Every gift is important, but when a gift is repeatedly mentioned, its significance seems to be heightened.

The gifts given by God are supernatural impartations. They are not the mere heightening of natural abilities. They are given according to grace (Romans 12:6). They are manifestations of the Spirit (1 Corinthians 12:7). They are a consequence of the ascension of Christ (Ephesians 4:7-11). This is important to note, because the gifts are not necessarily reflected in one’s natural aptitudes. When we come to Christ, we may discover that we have the desire and ability to function in ways that we never before anticipated. As Paul wrote, “It is God who works in you both to will and to do for His good pleasure” (Philippians 2:13).

However, even though the gifts are supernaturally given, it is possible to enhance one’s use of gifts by study, learning, and experience. For example, even though Timothy was a gifted pastor, Paul wrote to him to teach him how to exercise his gift in a more effective and fruitful way. As part of this instruction, Paul wrote, “Be diligent to present yourself approved to God, a worker who does not need to be ashamed, rightly dividing the word of truth” (II Timothy 2:15). Timothy was gifted, but this did not eliminate his need for diligence in preparation to teach. Another example is that the purpose of I Corinthians 12-14 is to instruct the Corinthian church on the proper use of their gifts.

Therefore, those who are gifted to teach should focus on developing and using that gift to the best of their ability. Although the person described in Romans 12 as having the gift of teaching may not fill the office of a teacher as described in I Corinthians 12:28 or Ephesians 4:11, there are many opportunities for teaching other than in the formal sense or before large groups of people. For example, Paul instructed Titus to direct the older women to be teachers of good things. including admonishing the young women “to love their husbands, to love their children, to be discreet. chaste, homemakers, good. obedient to their own husbands, that the word of God may not be blasphemed” (Titus 2:3-5). Paul told Timothy to commit to faithful men the things he had heard from Paul so that those faithful men “will be able to teach others also” (II Timothy 2:2).