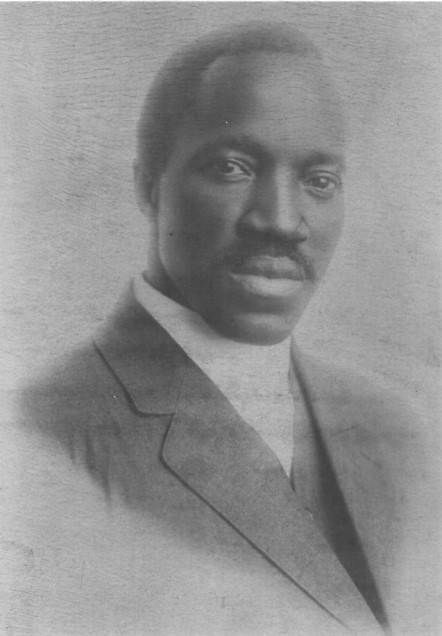 One of the primary motifs of early Oneness Pentecostals was that of “Back to the Bible,” motivated by a conviction they were witnessing the fulfillment of Zechariah 14:7: “At evening time it shall be light.” The highly successful African American pastor G.T. Haywood, one of the movement’s earliest and preeminent leaders, published David Lee Floyd’s encouraging words in 1916, in his own influential periodical, The Voice in the Wilderness: “Praise God! Of a truth, God is most graciously blessing his people who are willing to walk in the light” (vol. 1, ho. 18). The rallying cry of these pioneers of Pentecost, as reported by participants such as B.F. Lawrence, was “Back to the Bible!”

Early Apostolics were driven by the conviction that the light of the Spirit upon their understanding of the Word of God was God’s own unprecedented latter day work. Haywood interpreted the latter day outpouring of the Spirit, for example, and the revelation and understanding of the truth of the name of Jesus and baptism in His name, as the fulfillment of Psalm 81:16 regarding “the finest of the wheat” and the “honey out of the rock.” “0 Sweet Wonder,” officially entitled, “The Son of God,” perhaps Haywood’s most impacting and well-known hymn, was inspired by his application of this psalm to the importance of the Bible, its fulfillment, and the prominence of Apostolic doctrine.

“Our souls are being led with the finest of the wheat, he wrote. “Daily there cometh down from heaven to us ‘our daily bread.’ The beauties of the revelation of ‘the Father and Son’ in Christ; the New Birth of water and Spirit; the Seven Parables and Seven Candlesticks; the closing of the dispensation; the Revelation of the Ages; the Federation of the Nations, and many other heretofore hidden mysteries of God, truly have become ‘hidden manna’ in our hearts” (Special 2nd edition). The dynamic delivery of his Bible preaching and the depth of knowledge in his Bible teaching, resulted in Haywood’s reputation as one of the movement’s most able ministers and captivating speakers. Biographers would speak of his amazing ability to memorize verses of the Bible and then quote them like bullets from a gun in the propagation and defense of the Jesus’ name message. A-talented illustrator and painter, he produced several large, beautiful, colorful teaching charts on subjects such as salvation, Creation, the prophecies of Daniel and Revelation, and the second coming of Jesus.

Haywood’s enduring legacy, though, is his Bible preaching and teaching regarding the deity of Jesus and the oneness of God. In his notable work The Victim of the Flaming Sword, for example, he was sure to revisit his original interpretation of the Godhead, from Luke 10:21-22, as shrouded in mystery through the church age (“thou hast hid these things”), but revealed in Christ. Such an interpretation of verse twenty-two anticipates that a final, end-time revelation would open people’s understanding to the Spirit’s outpouring and to the true nature of the Godhead. “All things are delivered to me of my Father: and no man knoweth who the Son is, but the Father; and who the Father is, but the Son, and he to whom the Son will reveal him.” For Haywood, this passage illustrates that the difficulty lies in the fact that there is, necessarily, a divine mystery, the Incarnation, the mystery of Christ as both divine and human, both the high priest and the Lamb, both God and man, both Father and Son. On the one hand Jesus is Creator, “by himself” (Isaiah 44:24), and on the other, he is the creature, born of woman. But, Haywood adds, “He that built all things is God” (Hebrews 3:4). No one was going to reduce Jesus to a mere holy man or to a second person of the Godhead, not on Haywood’s watch!

Some of the most unique and beautifully presented explanations of God’s absolute oneness and of Jesus’ full deity have come from the pen of G.T. Haywood and his Bible interpretation of the doctrine of Christ. One of his earliest and most notable, for example, was published in The Voice in the Wilderness with its worldwide circulation, under the title “Rose of Sharon: Mystery of Revelation” (vol.1, no.18). “The Mystery of Revelation,” he wrote, commenting on Ephesians 1:10, “is like unto the blossoms of the rose,” which cannot be forced open. “Leave it until its appointed time, it will unfold itself in all its beauty, every petal in its place and the air will be filled with its fragrance.” The beauty of the aroma, the wonder of the fragrance, all symbolized the magnificence, in Haywood’s interpretation, of the mystery of the Godhead, the sweet wonder of the Son of God!

Two other related, equally impacting articles, further illustrate Haywood’s genius for interpreting pertinent scriptural passages, and they appear in the same powerful issue of The Voice in the Wilderness. The Oneness movement was at the height of its early controversy over the Godhead and Jesus’ Name baptism, and Haywood’s teachings were among the most sought after and cherished in efforts to comprehend the contours of the debate. In this context, he wrote the article “That Alabaster Box” (Mark 14:3-9). That alabaster box may seem insignificant, but it symbolically represents the very things people can come to so highly prize, even above the Word of God and the will of God. Haywood applied this to denominational doctrines, alabaster boxes that we refuse to break. “Break your man-made views,” he wrote, “concerning water baptism and let the name of Jesus have pre-eminence.” In the midst of the earliest controversy he had added two verses of Scripture, Mark 16:16 and John 3:5, to the masthead of his Voice in the Wilderness. In “The Alabaster Box” he argued, “Break your idea of the new birth and let John 3:5 and Acts 2:38 blend together with Mark 16:16-17.” “God help us,” he prayed, “not to be afraid to break our alabaster boxes.”

Able handlers of the Word of God! Able defenders of the apostles’ doctrine! The early Apostolic pioneers blazed a future path for the movement shaped by their love for the Bible, impacting commitment to Apostolic doctrine to this day. Men and women like Haywood impressed upon generations to come the importance of the name of Jesus and His deity. In an article titled “Jesus Is Both,” Haywood answered the question of whether ‘Father’ and ‘Son’ require belief in separate persons by amassing an array of scriptural examples in which Jesus is both! Jesus is the one God Almighty become incarnate, not two separate persons, one of which had been hidden for four thousand years! In the article Haywood masterfully worked his way through not less than seven passages that demonstrate that Jesus is viewed scripturally as being both divine and human, yet in one person.

In Psalm 2 and in Acts 2 Haywood interpreted this to be the case in the words “this same Jesus” is “both Lord and Christ,” both Father and Anointed One. In Luke 20:41-44, Jesus is both David’s Lord and David’s offspring. He pointed out that this is a significant reality about Jesus: He is both the high priest and the sacrifice (Hebrews 8:3), both the root and the offspring (Revelation 1:7-15), both the God of Abraham and the promised seed of Abraham.

In conclusion, a quote from this same article seems most inspiring and appropriate, coming after Haywood had emphasized that Isaiah 9:6 declared Jesus to be both the Son born and the eternal “Father,” the “mighty God.” He then turned to the Gospel of John (14:8). “When Philip, in his curiosity, desired to see the Father, separate from the person of Jesus, the Lord suddenly revealed unto them the fact that when they saw Him, they saw BOTH the Father and the Son.” “He that hath seen me hath seen the Father” (John 14:9, emphasis added).

Talmadge L. French, (PhD, University of Birmingham) Wheaton, Illinois, pastors Apostolic Tabernacle in Jonesboro, Georgia.  He is the author of Our God is One: The Story of the Oneness Pentecostals, and the new release, Early Interracial Oneness Pentecostalism, Pickwick Publications, Eugene, Oregon, both of which are available at pentecostalpublishing.com.